There were no radio signals that would indicate a Coronal Mass Ejection (CME) was produced. Even if it was, it would not be Earth-directed.

Over the next three days (November 29 through December 1), solar activity is expected to be very low, with a slight chance for C-class flares. This might change with the evolution of Region 2615.

The greater than 2 MeV electron flux is expected to be at high levels through December 1 due to positive polarity coronal hole high speed stream (CH HSS) influence.

The greater than 10 MeV proton flux is expected to remain at background levels.

Solar wind parameters are indicative of continued waning CH HSS influence and are expected to remain slightly elevated over the next three days.

The geomagnetic field is expected to be quiet to unsettled through November 30. This positive polarity CH HSS will rotate out of geoeffective position on December 1, bringing quiet geomagnetic field conditions. 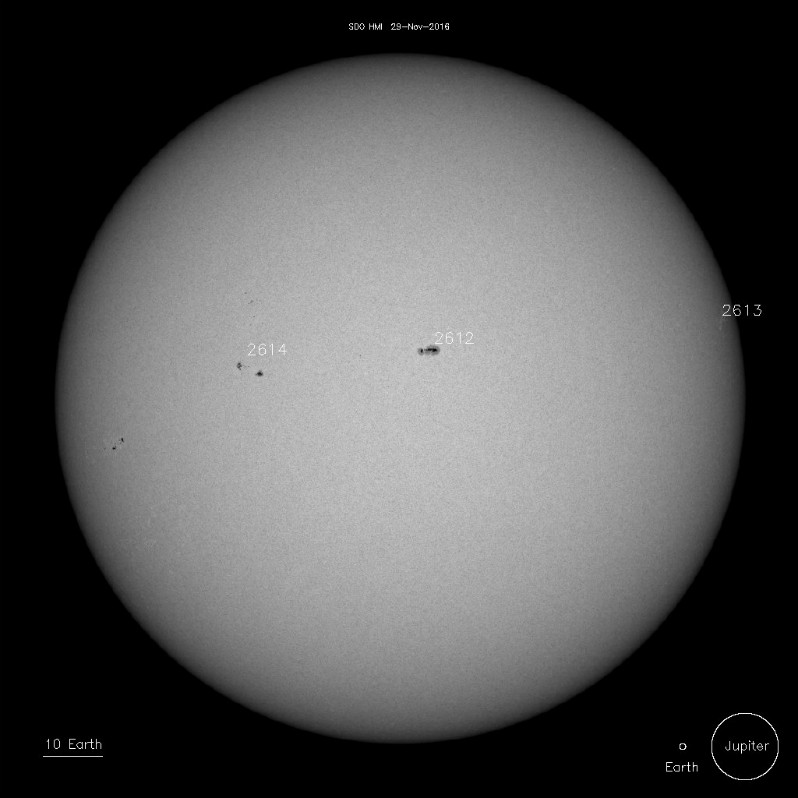 A second M-class solar flare of the day erupted from the same region at 23:38 UTC. It measured M1.2.