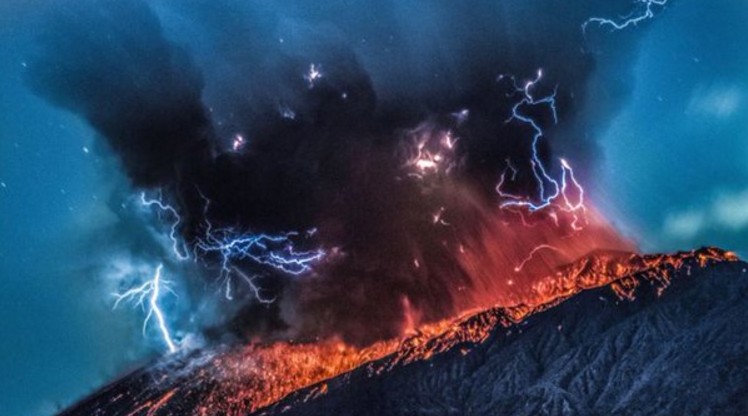 We know that lightning in storm clouds forms when ice particles collide with each other and become electrified, but the process of how lightning forms in volcanic plumes is less clear. Now, two new studies are unraveling some of the mysteries involved.

Understanding how this process works could enable scientists to use volcanic lightning to monitor and track the progress of powerful eruptions in real time. This method could help monitoring agencies detect eruptions at remote volcanoes more quickly than traditional methods, and help forecasters predict how the ejected ash and gas will travel through the atmosphere.

“Anything that helps give us an earlier warning of explosive activity – particularly for remote volcanoes – is going to make our airways a little bit safer,” said Alexa Van Eaton, a volcanologist at the USGS Cascades Volcano Observatory in Vancouver, Washington, and lead author of one of the studies published in AGU's Geophysical Research Letters . “Earlier warning means a faster ash dispersal forecast. We’re finding that it’s possible to detect eruptions earlier with volcanic lightning than is possible with satellite detection alone.” 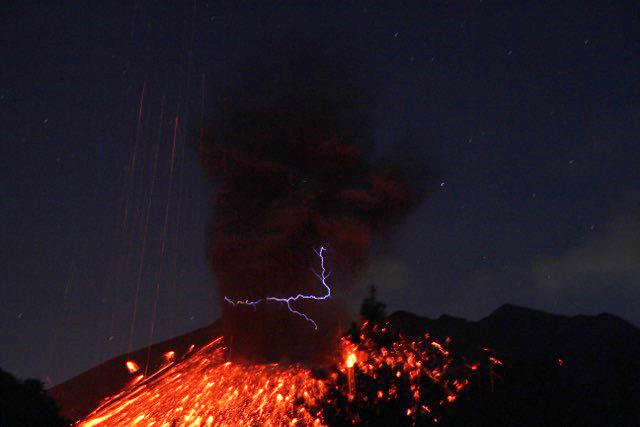 In one of the new studies, a team of researchers recorded high-speed video observations of volcanic lightning at Sakurajima volcano on the island of Kyushu, Japan, which has been erupting persistently since 2009.

The researchers synchronized high-speed video footage of Sakurajima erupting with data from nearby acoustic sensors and electromagnetic field measurements, which allowed them to better understand how electrical discharges were happening within the plume. Based on these observations, they concluded that near-source electrification is common to all volcanic eruptions and that ice crystals aren’t needed to generate lightning.

The study shows that creation of electrical charge is a fundamental property of volcanic plumes, according to Corrado Cimarelli, a volcanologist at Ludwig Maximilian University in Munich, Germany and lead author of the study. “Where there is ash violently ejected in the atmosphere, there will be electrical discharges, independent of the magnitude of the eruption,” he said.

Lightning due to near-source charging is a better way to monitor volcanoes because it is linked to the presence of ash in the atmosphere and happens at early stages of plume formation, he added.

As a part of a separate study, Van Eaton and her colleagues examined lightning strokes generated during an April 2015 eruption of Calbuco volcano in southern Chile using a global network of radio sensors.

“The lightning basically decoupled from all the other ash particles that were falling to the ground,” she said. “Instead, they seem to follow the ice crystals that stayed high in the atmosphere.”

There was also a surge in lightning during the second phase of the eruption when the ash and gas traveled as a ground-hugging flow, rather than rising vertically into the atmosphere. According to Van Eaton, this means that ash particle collisions inside the flow created a layer of charge on the ground strong enough to generate lightning without the presence of ice.

The Calbuco and Sakurajima studies show that both ice particles and the near-source charging processes are important for generating volcanic lightning. “What we can clearly say is that the electrification of the volcanic plume starts immediately,” Van Eaton said. “However, the evolution of charge, in a very big eruption, tends to be enhanced by the development of ice.”

"It would be interesting to apply both research team’s approaches to monitor one volcanic eruption," she added. “We just all need to be at a big eruption at the same time.”