After several relatively calm weeks, eruptions have picked up again at Japan's Sakurajima volcano. This time, the center of increased activity is Minamidake crater, Sakurajima's old summit vent, instead of the usual Showa crater.

After a gradual increase of activity at Minamidake during February, the explosive activity has picked up on March 24. Some explosions since then, like the one on March 26, were relatively large. Ash plumes were observed rising to 3 and 3.6 km (10 000 and 12 000 feet).

Browsing Global Volcanism Program's (GVP / Smithsonian/USGS) Weekly Volcanic Activity Reports from July 2002 onwards, we can see that eruption at Minamidake crater was first mentioned on May 8, 2014. It was a very small eruption that produced an ash plume rising some 400 meters (1 313 feet) above the crater rim. Small explosions at Minamidake were again observed on August 30 and between September 14 and 21, 2015.

After that, Minamidake was calm until February 20, 2016, when activity at the crater started picking up, leading to the first noticeable explosion on March 4. Ash plume generated by that eruption rose to 1.6 km (5 250 feet). On March 8, explosion at Minamidake generated an ash plume that rose to 1.9 km (6 233 feet). 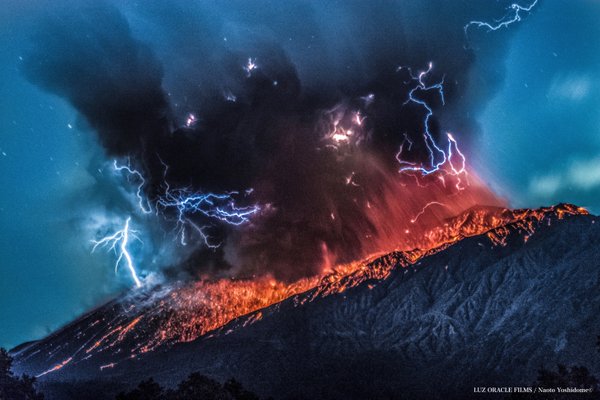