A large part of the road in Santa Clarita, California experienced rising off the grounds and extensive distortion for at least 3.5 hours on November 10, 2015. In the next couple of days, the road experienced further buckling, and up to date the road was closed over a 3 km (1.9 miles) stretch, as parts of it are completely broken and incapable of transportation. 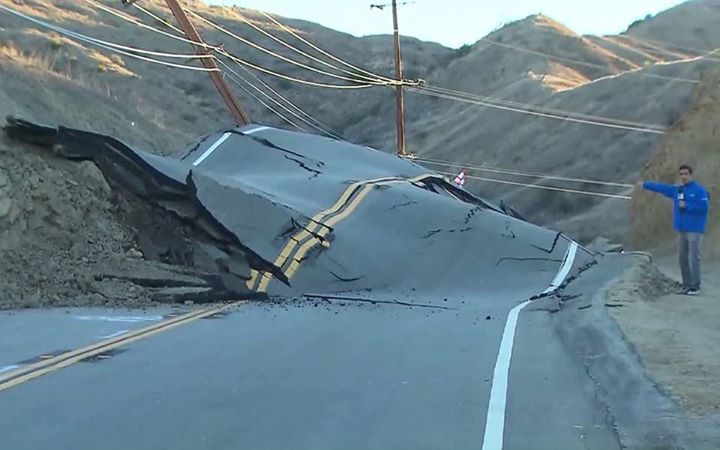 Locally, the road has risen over 4.5 meters (15 feet) of the ground in this mysterious event the underlying cause of which yet remains to be fully explained. Usually, such buckling is caused by shifts in the earth related to earthquake or very strong rainfalls, however none of that is the case here, according to geologists who investigated the area.

Instead, Boyce and his students have discovered that the most likely cause for this event is the progressive landslide, developing nearby Vasquez Canyon. The trigger for the landslide has not been uncovered so far, although some media and experts think one of the causes could be that the road is moving upwards, as indicated in the drone footage above.​

According to geologists, first clear signs of instability in the area showed up in April 2015, although some indications of the development were visible much earlier, in May 2013, when significant movement was observed, and even in 2011 when longitudinal cracks in the road and its deformation were first visible. So, although on the first glance it looks as if the landslide happened suddenly, most likely explanations indicate it has actually been continually developing over a longer time frame.