Landslides present one of the most dangerous environmental hazards on the globe. To illustrate this it is sufficient to say that over 25 000 deaths have resulted from landslides triggered by torrential rainfalls around the planet, in the period between 2007 and 2015. 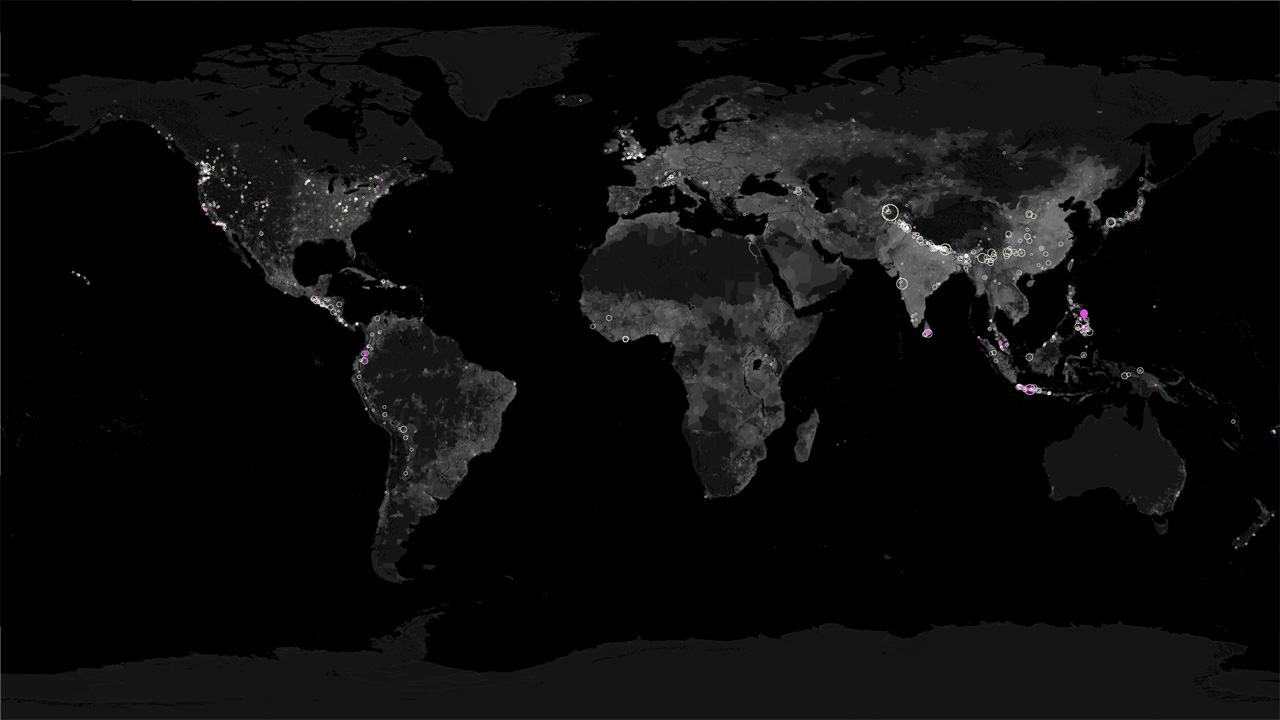 The location of the 880 rainfall-triggered landslides and 3 848 fatalities reported in 2014. Image credit: NASA's Scientific Visualization Studio

A large number of landslides are induced by heavy rainfalls which cause the rock, mud and debris to slide downhills extremely fast, posing a great threat to local population, homes and infrastructure. Majority of these catastrophic events occur during the Northern Hemisphere summer months when tropical cyclones and East Asian monsoon dominate the global weather patterns.

This visualization shows the location of rainfall-triggered landslides and reported number of deaths from 2007 to 2015. Video credit: NASA's Scientific Visualization Studio

The first publicly available catalog of rainfall triggered landslides has been composed by NASA's scientists in 2010. They used the information made available by online databases and media reports dating to 2007. The catalog has been recently updated and now includes the landslides that occured during the last five years.

Researchers have now begun comparing events with available satellite rainfall measurements in order to predict the location and timing of future landslides.