There are 911 167 people living within 100 km radius. The quake did not meet the conditions to create a tsunami off the country's coastline, Chile's Navy said.

Onemi emergency office said there are no reports of damage to people, or basic services or infrastructure due to the quake. 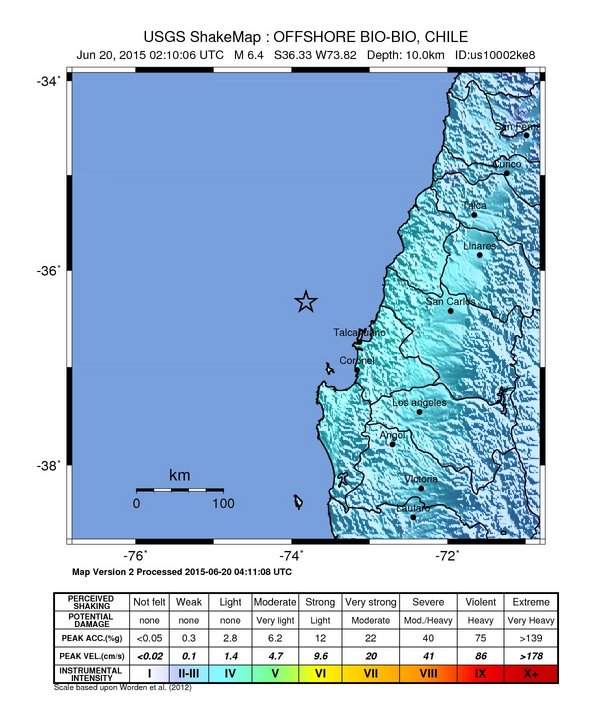