There are no people living within 100 km radius. Tsunami is not expected.

USGS issue green alert for shaking-related fatalities and economic losses. There is a low likelihood of casualties and damage. 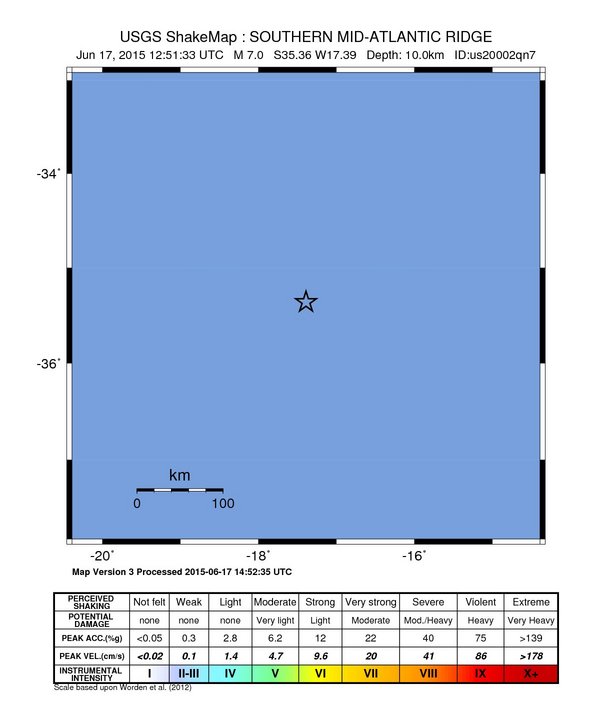 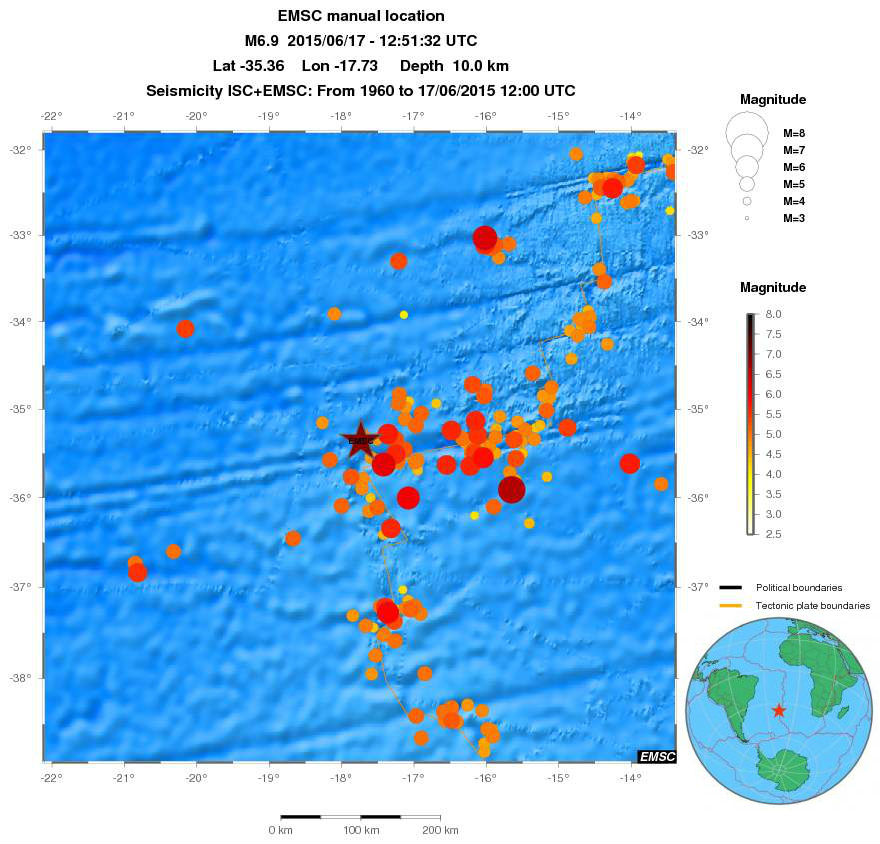 Although the Mid-Atlantic Ridge is mostly an underwater feature, portions of it have enough elevation to extend above sea level. The section of the ridge which includes the island of Iceland is also known as the Reykjanes Ridge. The average spreading rate for the ridge is about 2.5 cm per year.