Region 2268 ('beta-gamma') is currently the largest and most complex region on our side of the Sun. It is almost at the center of the disk, in a perfect geoeffective position, and is capable of producing strong eruptions on the Sun.

If it manages to produce a CME over the next few days, it will most likely be Earth-directed. 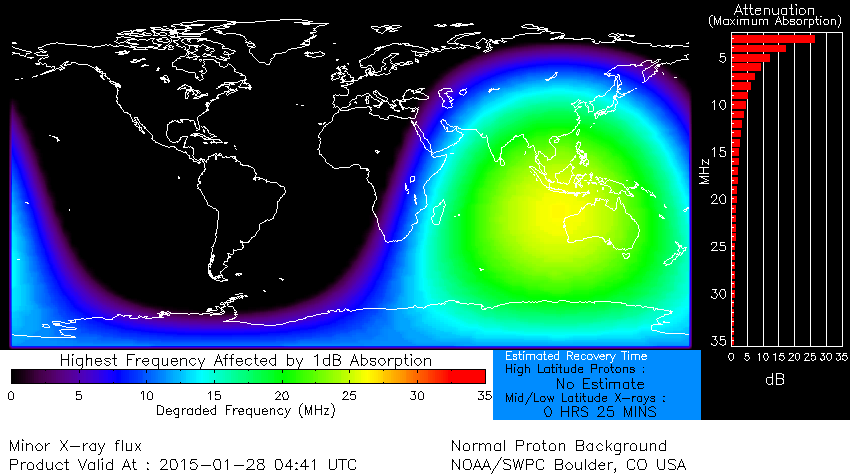 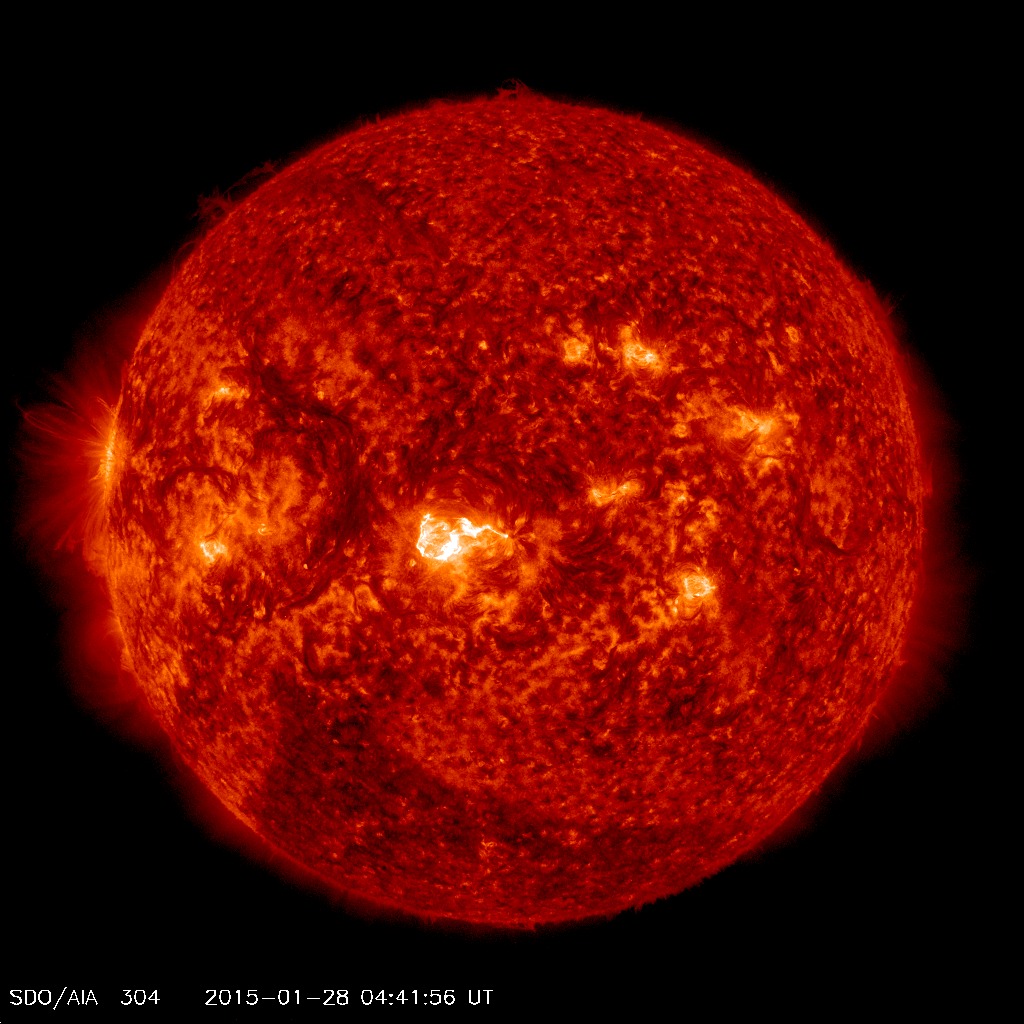 There are currently 6 numbered sunspot regions on the Earth side of the Sun.

Region 2268, the source of today's M1.4 flare, remains the largest and most complex region on the disk.

Other regions on the disk remained relatively stable. 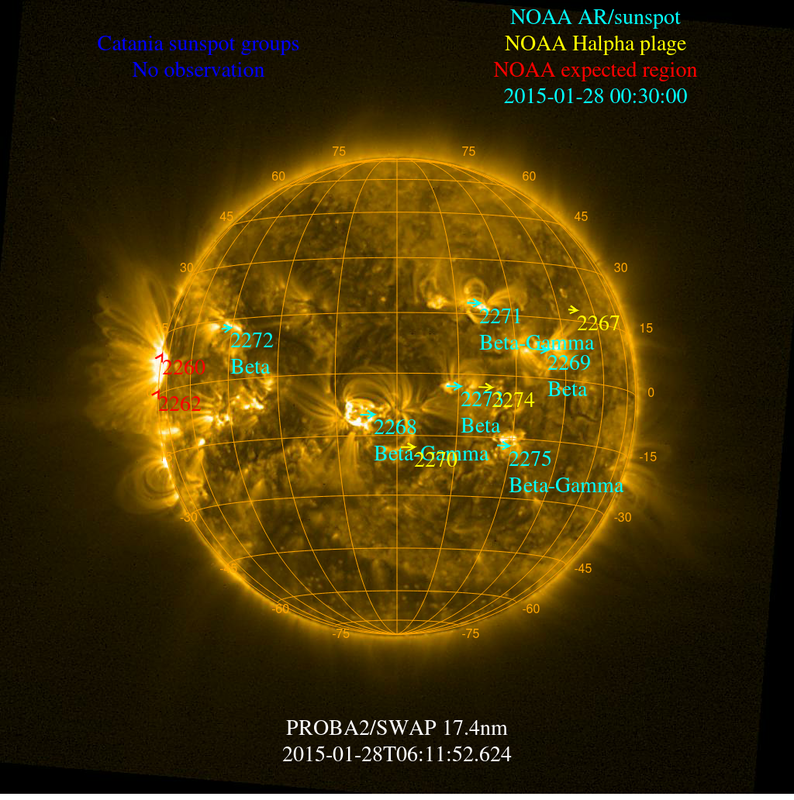 Solar activity is expected to be at low levels with a chance for isolated M-class (R1-R2, Minor-Moderate) flares and a slight chance for R3-Strong activity over the next three days (January 28 – 30).

The greater than 2 MeV electron flux at geosynchronous orbit is forecast to be at normal to moderate levels through the same period. The greater than 10 MeV proton flux is expected to remain at background levels (Below S1-Minor).

Solar wind parameters reflected slightly disturbed conditions during the last 24 hours (by 00:30 UTC today). IMF Bt was variable ranging from 1-13 nT while Bz ranged from +6 nT to -9 nT. Solar wind speeds gradually increased from approximately 365 km/s to a peak near 530 km/s. Phi angle was somewhat variable throughout the period but still remained predominately negative (towards).

Solar wind parameters are expected to continue to be disturbed and may show additional speed enhancements over the next three days with solar wind speeds possible in the 450 to 550 km/s range.

The geomagnetic field was quiet to unsettled during last 24 hours and is expected to remain like that through the rest of the UTC day. Quiet to active levels are anticipated on January 29 and 30 with a chance for G1-Minor storms on January 30 to continued influence from the southern crown polar coronal hole.