There were no signatures that would suggest a Coronal Mass Ejection (CME) was produced by the event.

Region 2268 (S10E28, Eki/beta-gamma) exhibited signs of moderate growth in its intermediate and trailing area during last 12 hours. It is rotating toward the center of the solar disk and into a more geoeffective position.

Earth-directed CMEs from this region are possible in the coming days. 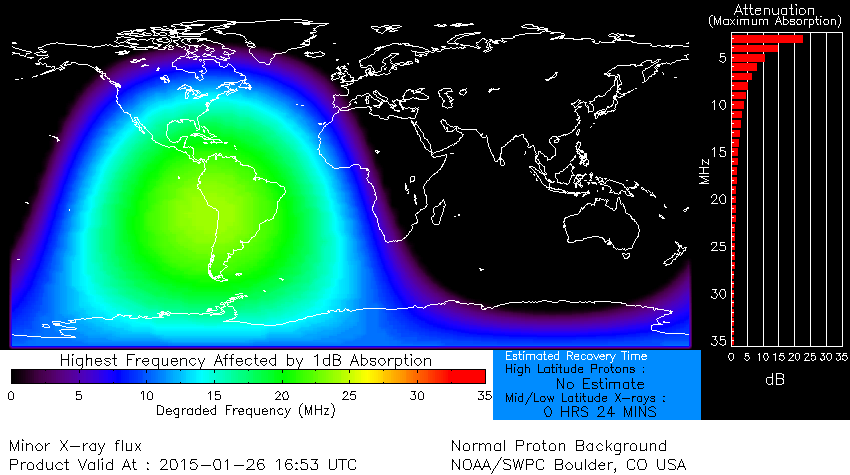 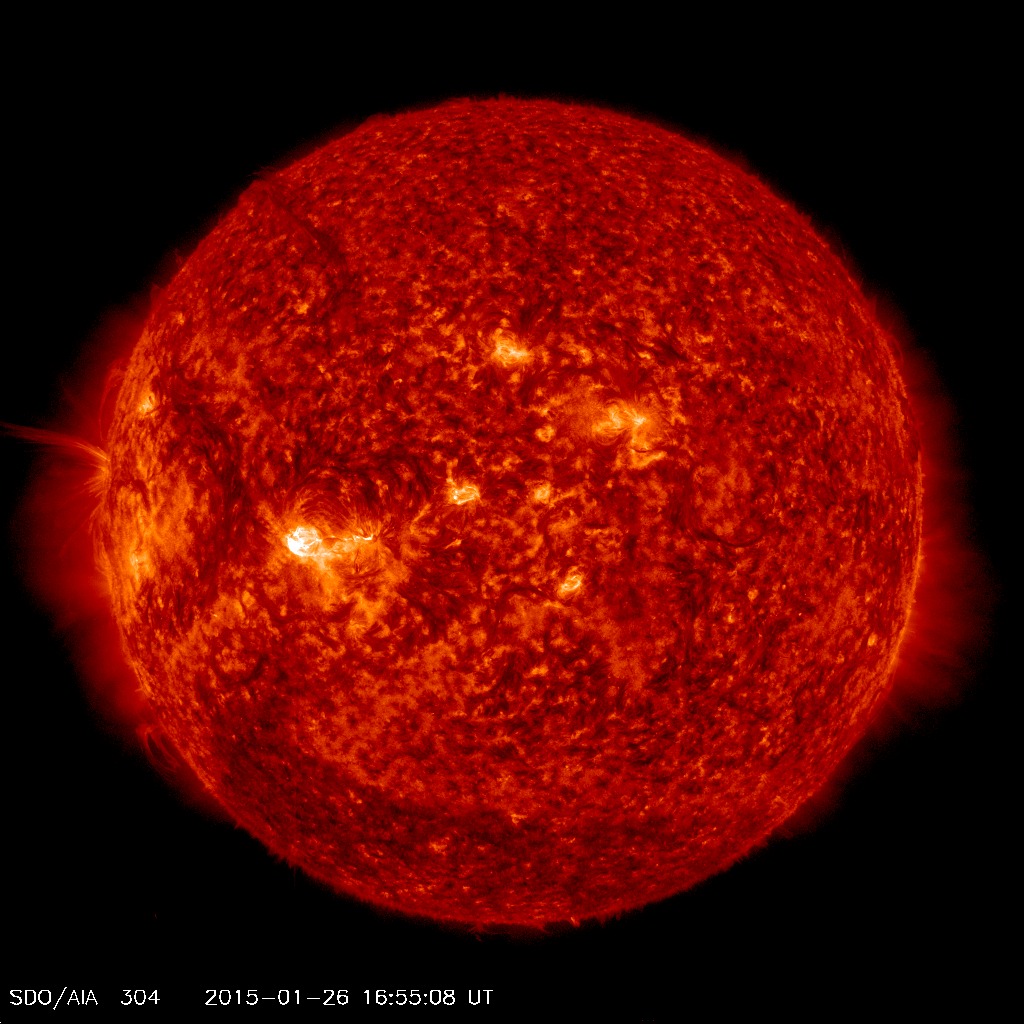 Several new areas of flux emergence are being monitored, whereas one was numbered as new Region 2273 (S03E09, Bxo/beta). 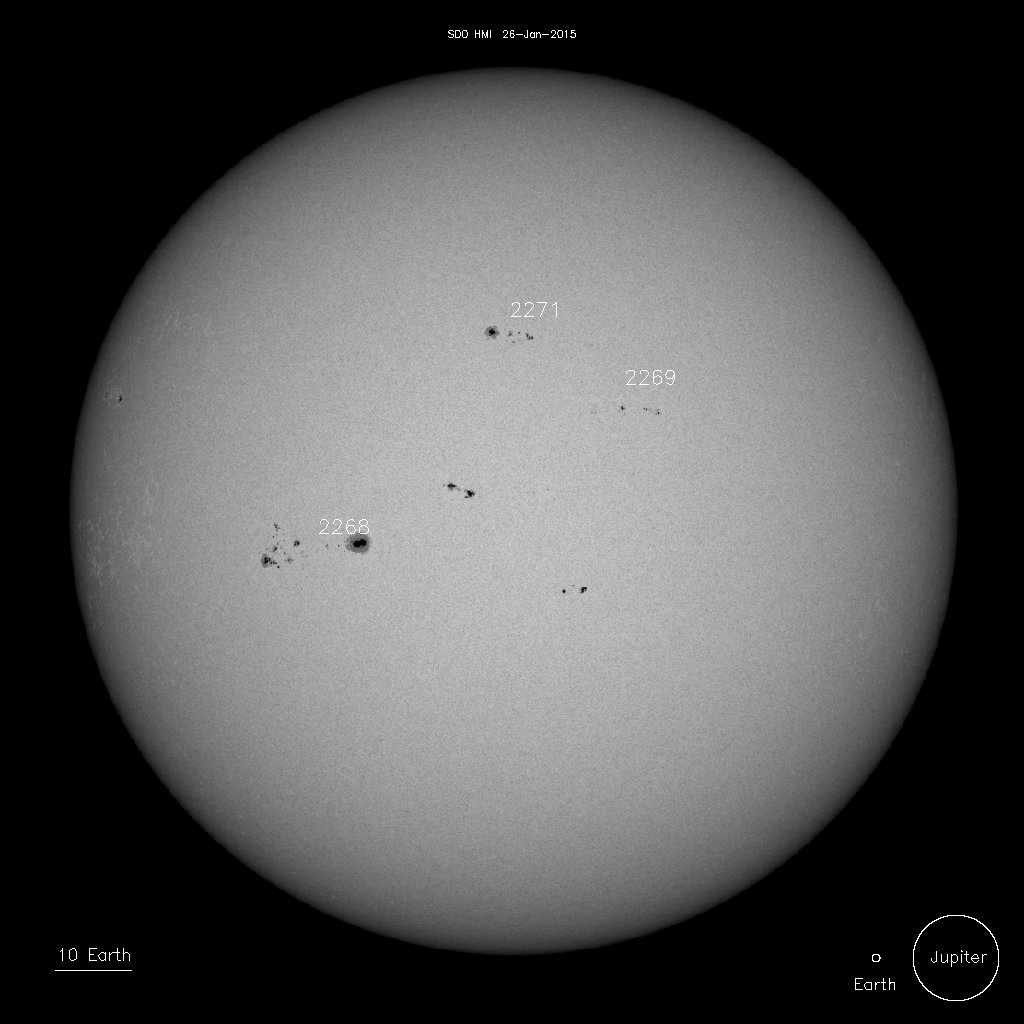 Solar activity is expected to remain at low levels with a chance for M-class (R1-R2, Minor-Moderate) flaring from January 26 – 28. The most likely source for any significant flare activity is Region 2268, 2271, and the return of old Region 2257 on or about January 26.

Solar wind parameters indicated the possible arrival of a co-rotating interaction region (CIR) during last 24 hours (by 12:30 UTC today).  Solar wind speed ranged from 321 km/s to a high of 403 km/s at 07:49 UTC today. Total field measurements slowly rose from 5 nT early in the period to 10 nT before a sudden increase to 17 nT occurred just after 07:42 UTC. The Bz component reached a maximum southward value of -15 nT at 08:02 UTC today.

Given the higher latitude of the southern polar coronal hole, it is likely the connection will be weaker than previous rotations. Solar wind parameters are likely to become enhanced for the next three days (January 26 – 28) with solar wind speeds in the 450 to 550 km/s range.

The geomagnetic field was mostly unsettled after 21:00 UTC yesterday with active levels observed from 09:00-12:00 UTC today due to CIR effects.

Quiet to unsettled levels are expected over the next three days with a chance for further active periods (Below G1-Minor) on January 26 and 27 due to coronal hole high speed stream influence, SWPC said.