According to the SWPC, the ACE satellite observed a pair of discontinuities in the solar wind field during the past 24 hours.

The first discontinuity at 02:35 UTC on December 21 was weak and possibly indicated the arrival of a glancing blow from the December 17th Coronal Mass Ejection (CME).

At about 18:24 UTC, the second stronger discontinuity was observed. This second discontinuity probably signaled the arrival of the December 18 CME. Total field increased sharply from 9 nT to 17 nT while the Bz component dipped further southward to -13 nT. Wind speeds increased from approximately 350 km/s to about 450 km/s. Subsequent increases were also observed in density and temperature. 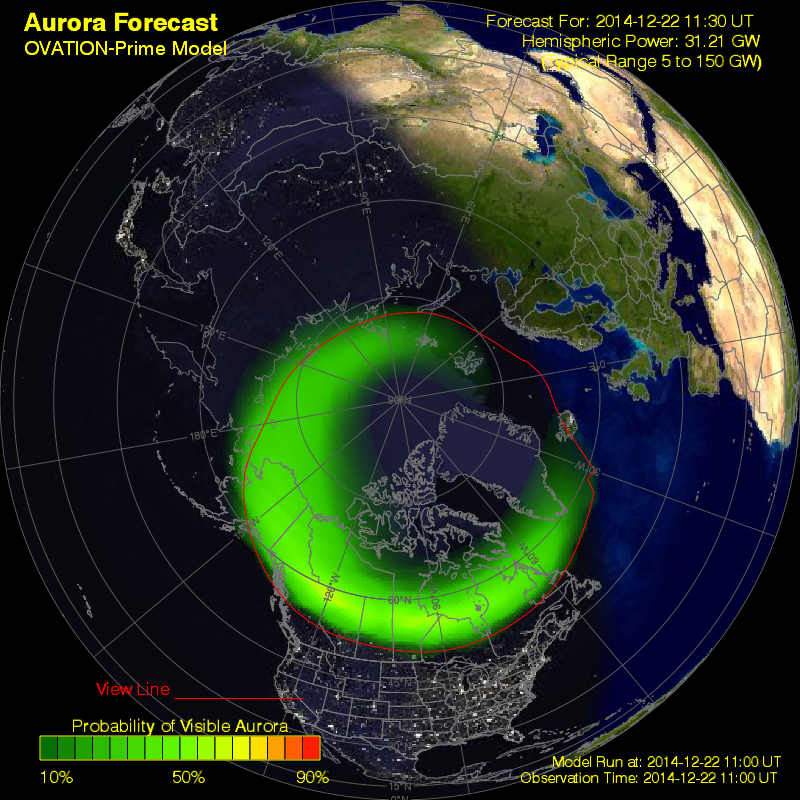 Quiet to unsettled levels are expected on December 23 and 24 as a weak, negative polarity coronal hole high speed stream (CH HSS)  moves into a geoeffective position.