According to the Joint Typhoon Warning Center, Hagupit is expected to reach maximum sustained winds of 300 km/h (187 mph) with gusts up to 360 km/h (225 mph) early on December 6. Comparing to Haiyan, Hagupit has less ocean heat energy available. If Hagupit hits the Philippines, it will be a much weaker storm than Haiyan was but still very dangerous storm system. 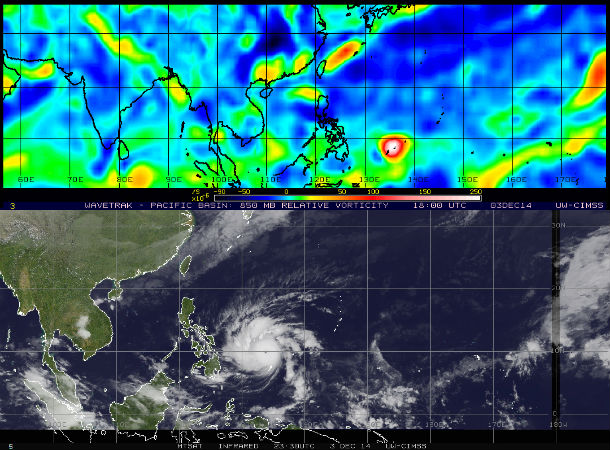 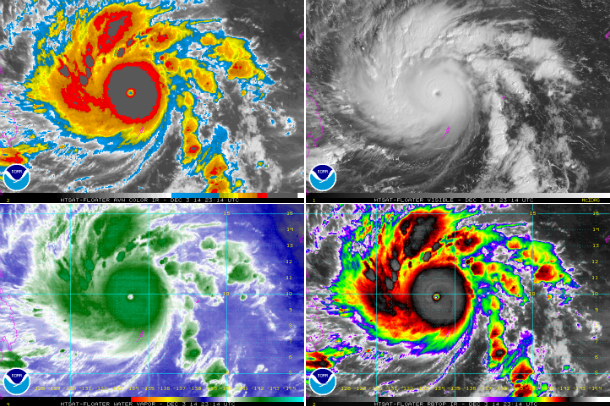 PAGASA registered central minimum pressure of 926 MB late on December 3. A high-pressure wall of air in the northern Pacific is preventing the typhoon from veering north. Hagupit is expected to enter the Philippine Area of Responsibility and will be given a local name "RUBY". As approaching the Philippines, Hagupit will have less heat energy available in the ocean, and wind shear is expected to rise, so the system is expected to weaken before possible landfall.

There is still much confusion on the future track of this dangerous storm. ​There are three scenarios. GFS forecasts the system to turn to the north and northeast, and then recurve as a much weaker system. NAVGEM forecast brings the storm in across southern Luzon, to track across the island and weaken.

ECMWF forecast model shows a landfall with maximum sustained winds of 170 km/h (106 mph) near 18 UTC on December 7, the southern Philippines near the Visayas​-very close to Tacloban on Leyte Island, which was devastated by Super Typhoon Haiyan in November last year. 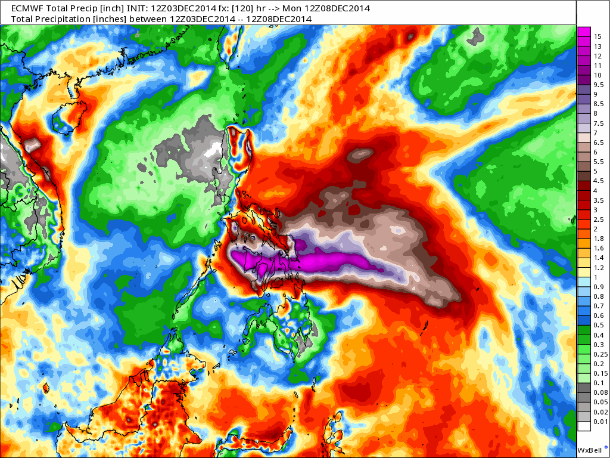 ​​The ECMWF rainfall outlook shows a scenario that could lend to catastrophic flooding for low lying coastal communities around December 8, 2014. (Credit: ECMWF)

At this time, PAGASA expects Hagupit to enhance northeasterly winds over the seaboards of Northern Luzon and the eastern seaboard of Central Luzon resulting to rough to very rough sea conditions over the aforementioned areas. Fishers and those using small boats are advised not to venture out over the said seaboards.

Featured image: NASA's Aqua/MODIS satellite captured a visible image of Typhoon Hagupit at 04:30 UTC on December 3, 2014 as it moved through Micronesia in the western Pacific Ocean.  ​(Credit: LANCE Rapid Response/MODIS)