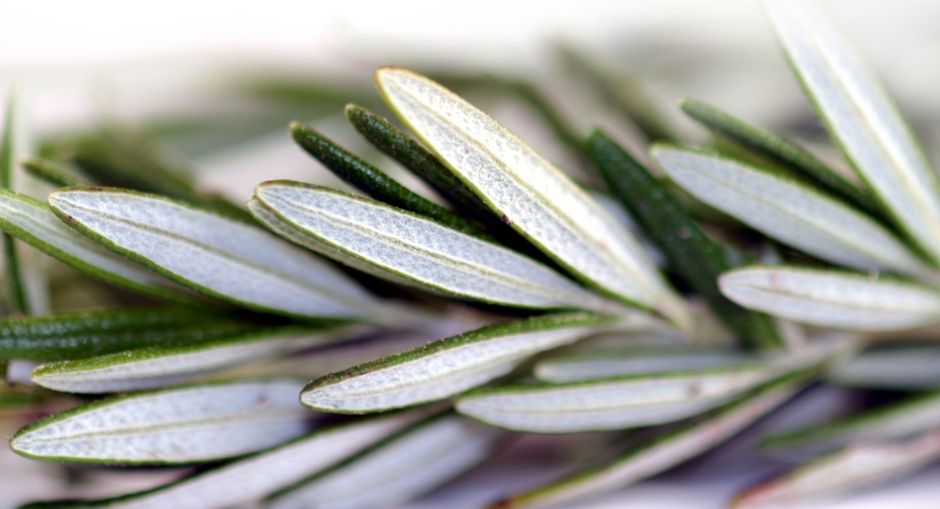 Since ancient times, herbs have been appreciated for their profound therapeutic effects. Science as a form of evidence-gathering did not take the epistemological pole position until quite recently in cultural history, with the evidence of direct experience and the senses being the method and the means for ascertaining the medicinal value of plant medicines and foods for countless generations stretching back to the dawn of the human experience.

Rosemary, a small perennial shrub in the mint family, is one such example, a plant woven deeply into ancient history and mythology, providing clues and hints to its particular value in cognition, memory and enhanced sensorial awareness, and ultimately its sacredness, which literally means "holy," a word that also shares etymological roots with "whole," "healthy" and "heal."

Today, through the optic of science and human clinical studies, we can further test the wisdom of the ancients through placebo-controlled and randomized trials. This is the 'holy grail' of so-called "evidenced-based" medicine, and confers a type of gravitas in today's medical practice that is considered essential in informing treatment decisions and establishing their legality vis-à-vis the regulatory bureaucracies (e.g. FDA, AMA) that increasingly attempt to control what you can and cannot do with your body.

Science Grows Up: Remembering The Wisdom of the Ancients

All the more reason why a recent study published in The Journal of Medicinal Food, titled "Short-Term Study on the Effects of Rosemary on Cognitive Function in an Elderly Population," is so important and confirmatory of traditional plant-based medical practice.

The study sought to investigate the role of rosemary in reducing cognitive decline in elderly subjects (average age 75 years).

The study design was as follows:

"Twenty-eight older adults (mean age, 75 years) were tested using the Cognitive Drug Research computerized assessment system 1, 2.5, 4, and 6 hours following a placebo and four different doses of rosemary. Doses were counterbalanced, and there was a 7-day washout between visits."

The results were reported as follows:

"There was a biphasic dose-dependent effect in measures of speed of memory: the lowest dose (750 mg) of rosemary had a statistically significant beneficial effect compared with placebo (P=.01), whereas the highest dose (6,000 mg) had a significant impairing effect (P<.01). There were significant deleterious effects on other measures of cognitive performance, although these were less consistent. Speed of memory is a potentially useful predictor of cognitive function during aging. The positive effect of the dose nearest normal culinary consumption points to the value of further work on effects of low doses over the longer term."

The study is interesting for several reasons. Especially noteworthy is that the lower dose increased the memory variable of cognitive performance, whereas the higher dose had the opposite effect. This speaks to the principle that 'less is more,' and that doses of medicinal plants – particularly spices – closer to their traditional culinary applications are more therapeutic than so-called 'heroic' doses, which carry higher risks due to their potency, and in this case actually had a deleterious effect. [Learn more at EATomology.com]

The authors of the study pointed out that this is not the first clinical study on rosemary to find cognition boosting effects:

"There are few clinical studies on the effects of rosemary. In a randomized study of 140 healthy young adults, inhalation of rosemary oil enhanced feeling of alertness and cognitive functions as evaluated using the Cognitive Drug Research (CDR) test battery used in the current study.22 In a separate study the aroma of rosemary oil increased performance in exam students while increasing free radical scavenging activity and reducing cortisol levels.42 However, to date there are no clinical studies on cognitive performance following ingestion of rosemary."

"In experimental studies, rosemary extracts were shown to possess potent radical scavenging activity. The diterpenes carnosol and carnosic acid are thought to be the major antioxidant components, although antioxidant properties have also been reported for several other constituents, including rosmarinic acid. In vitro studies with rosemary extracts have demonstrated acetylcholinesterase inhibition, butyrylcholinesterase inhibition, and a protective effect on dopaminergic neurons.

Using mouse models an antidepressant effect of rosemary has been identified, apparently mediated by an interaction with the monoaminergic system. There are antinociceptive effects [pain-killing] in animals inhibited by naloxone pretreatment—suggesting interaction with the endogenous endorphin system, as well as antispasmodic effects on tracheal smooth muscle."

The take away here is that myth, ancient historical accounts, and folklore often contain truthful information – real 'evidence' – about a plant's medicinal properties.  Today, as science does plenty of catch up work to ascertain the value – and in many cases superiority – of natural substances versus pharmaceuticals, we are increasingly blessed with a type of 'right brain' meets 'left brain' confirmation that speaks to the growing movement to integrate medical practice, intellectually and practically, with ancient healing wisdom — the kind that your grandmother and grandfather and their ancestors knew, and can be as readily accessible as your own backyard, spice rack, or lovingly prepared and gently spiced home cooked meal.

For additional research on rosemary's evidence-based potential health benefits, visit our Rosemary Health Research page.  Also, you can explore our rich dataset within our 'Ailments Index' — covering over 3,000 conditions/symptoms — on natural interventions for Memory Disorders.

Republished with permission from GreenMedInfo
​Written by Sayer Ji