USGS measured it as magnitude 6.3 earthquake located near the coast of northern Peru at depth of 9.8 km (6.1 miles).

The government of Peru has declared an “orange” alert which means that they expect damage and injuries.

Part of a tower in the church of San Martín de Tours in Piura collapsed. A local News Network reports a lot of damage in Piura and even more in Sechura. Sechura is almost above the epicenter. (ER)

There are destroyed roads in Piura, people are talking about collapsed houses in Catacaos.The tower of the church San Clemente in Sechura was also damaged. 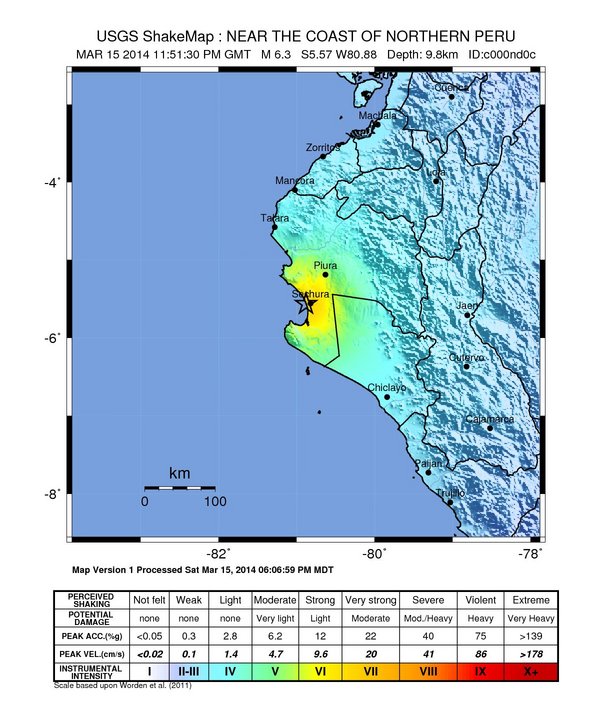 Overall, the population in this region resides in structures that are vulnerable to earthquake shaking, though some resistant structures exist. The predominant vulnerable building types are mud wall and ductile reinforced concrete frame construction.