One of the biggest active regions of this solar cycle, AR 1944 (S08E38, Fkc/beta-gamma-delta), responsible for 6 M-class solar flares in last 4 days, is rotating into more geoeffective position.

The largest event it produced so far was a long duration, M4.0 solar flare observed at 19:46 UTC (January 4). Associated with this event were Type IV and 10cm (550 sfu) radio emissions. 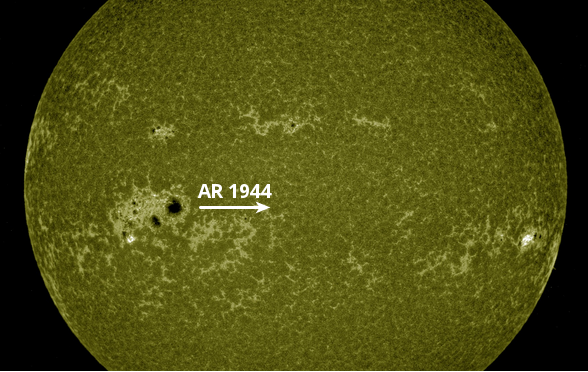 As observed on GONG, GOES-15 SXI and SDO imagery, the bulk of the bright flare material originated from the extreme western edge of the large leader spot and extended in a westward direction out ahead of Region 1944.

At 04/21:48 UTC, SOHO/LASCO C2 imagery showed an asymmetric, full halo CME. Analysis suggested the CME may have an Earth-directed component and was moving around 800-1000 km/s.

A small filament eruption was visible in H-alpha movie loops at 03/16:39 UTC from the southeast quadrant, but subsequent STEREO-B coronagraph imagery showed the bulk of the ejecta is directed well south of the ecliptic. 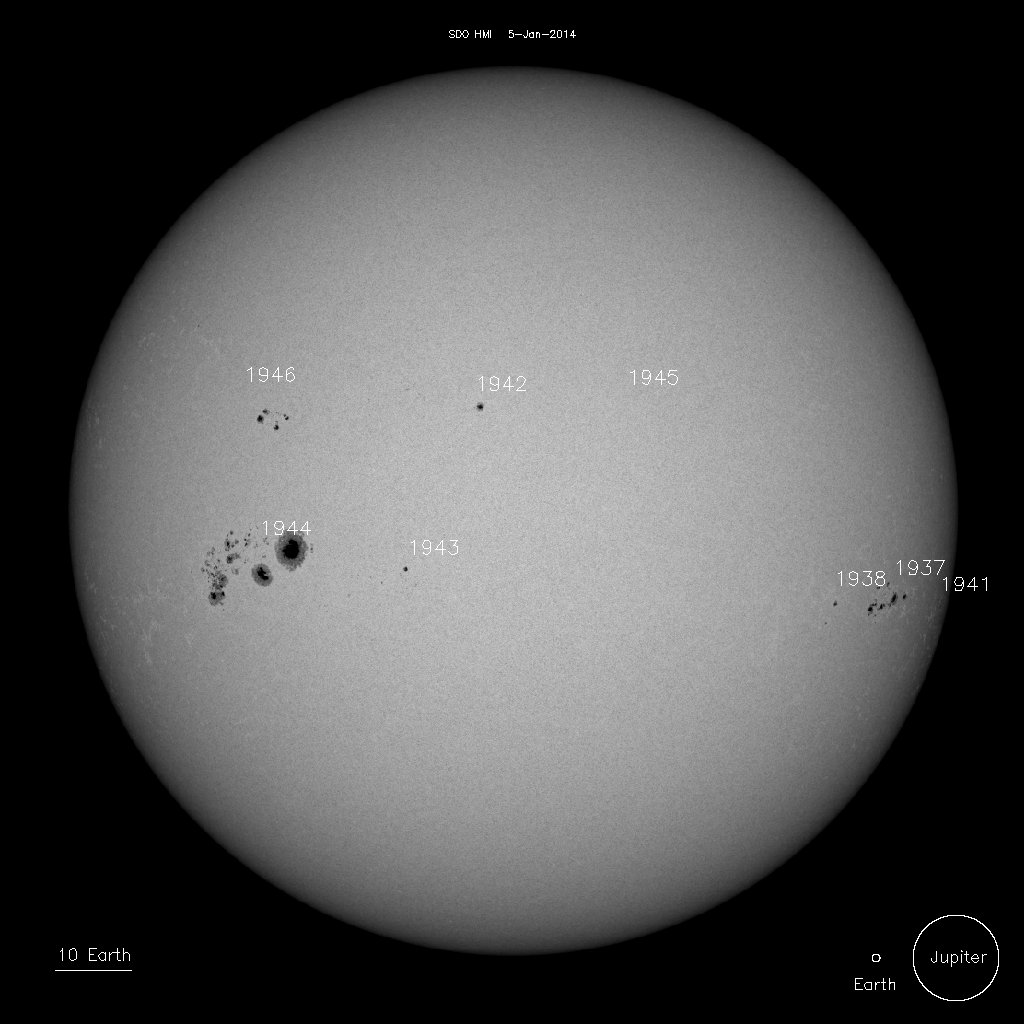 Region 1936 (S15, L=232) produced a long duration M1 x-ray event observed off the west limb at 04/22:52 UTC. Associated with this event was a Type IV radio sweep. Region 1937 (S13W65, Dac/beta-gamma-delta) continued to grow, particularly in the intermediate-trailer portions of the region. New Region 1946 (N09E28, Dai/beta) emerged on the disk as a simple bi-polar group and quickly grew. The remaining regions were quiet and stable.

Solar activity is expected to remain at moderate levels (R1-Minor to R2-Moderate) for the next three days (05 – 07 Jan) with a chance for X-class (R3-Strong) flares from active Region 1944.

Yesterday, solar wind speed at the ACE spacecraft slowly declined to end near 450 km/s, signaling the end of the high speed stream. ACE remained in a positive solar sector under benign magnetic conditions. Bt remained at or below 5 nT and Bz never dropped below -5 nT.

The solar wind environment may reflect the arrival of a shock and CME on January 7. (Data and analysis source: SWPC)

Forecasters estimated there are 75% chance for M-class, and 30% chance for X-class solar flare in next three days. 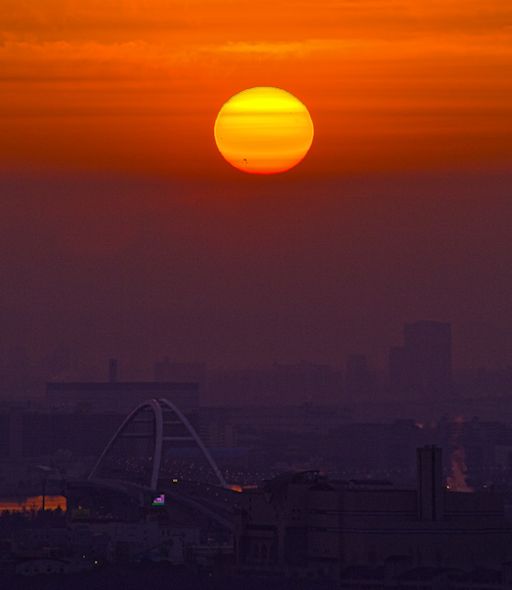 Taken by Daisuke Tomiyasu on January 4, 2014 Via SpaceWeather