Green alert was issued for shaking-related fatalities and economic losses. 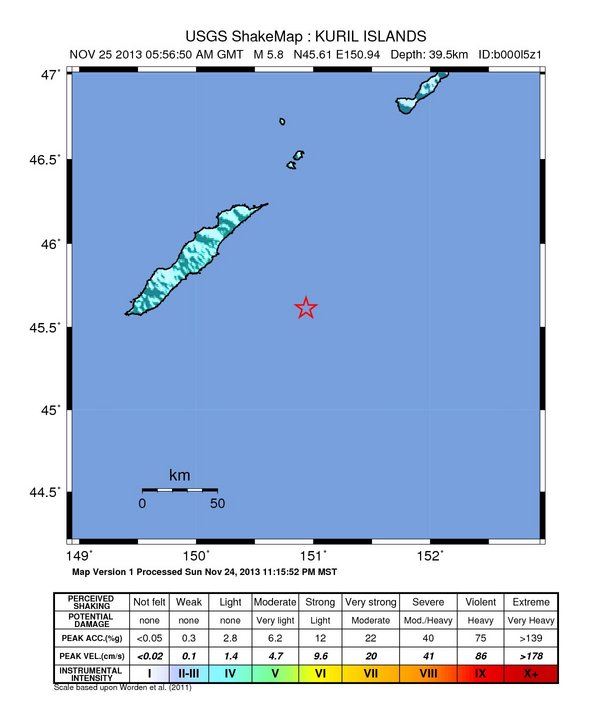 The most recent megathrust earthquake in the region was the November 15, 2006 M8.3 Kuril Island event, located in the central section of the arc. Prior to this rupture, this part of the subduction zone had been recognized as a seismic gap spanning from the northeastern end of the 1963 rupture zone to the southwestern end of the 1952 rupture. Two months after the 2006 event, a great (M8.1) normal faulting earthquake occurred on January 13, 2007 in the adjacent outer rise region of the Pacific plate. It has been suggested that the 2007 event may have been caused by the stresses generated from the 2006 earthquake (USGS). More information on regional seismicity and tectonics