The June solstice (also known as northern or summer solstice) of 2013 falls on June 21, 2013, at 5:04 UTC. Everywhere on our planet, no matter where you live, the solstice happens at the same moment for us all. You can easily find out the precise time of the solstice in your region, just translate to your time zone. 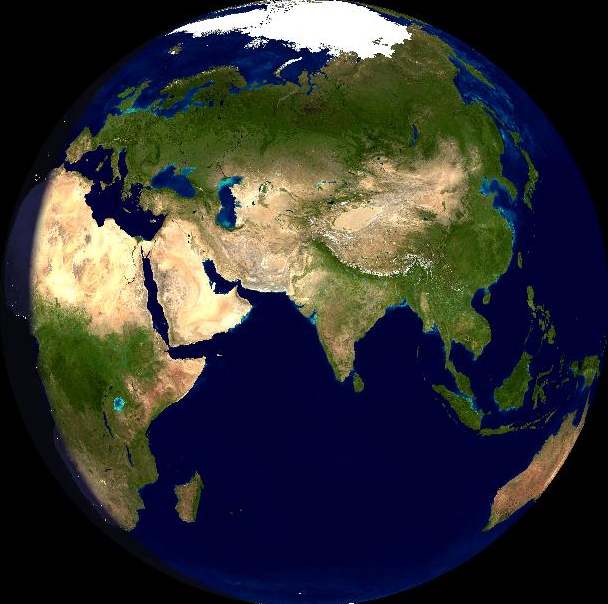 Earth viewed from the sun at the time of the June solstice on June 21, 2013 at 5:04 UTC (Credit: Earth imagery derived from the NASA Visible Earth
Terra/MODIS cloudless Earth and DMSP city lights images.)

A solstice is an astronomical event that occurs twice each year as the Sun reaches its highest or lowest excursion relative to the celestial equator on the celestial sphere. As a result, on the day of the solstice, the Sun appears to have reached its highest or lowest annual altitude in the sky above the horizon at local solar noon. The word solstice is derived from the Latin sol (sun) and sistere (to stand still), because at the solstices, the Sun stands still in declination; that is, the seasonal movement of the Sun's path (as seen from Earth) comes to a stop before reversing direction. The solstices, together with the equinoxes, are connected with the seasons. In many cultures the solstices mark either the beginning or the midpoint of winter and summer.

The summer solstice occurs when the tilt of a planet's semi-axis, in either the northern or the southern hemisphere, is most inclined toward the star (sun) that it orbits. Earth's maximum axial tilt toward the sun is 23° 26'. This happens twice each year, at which times the sun reaches its highest position in the sky as seen from the north or the south pole. 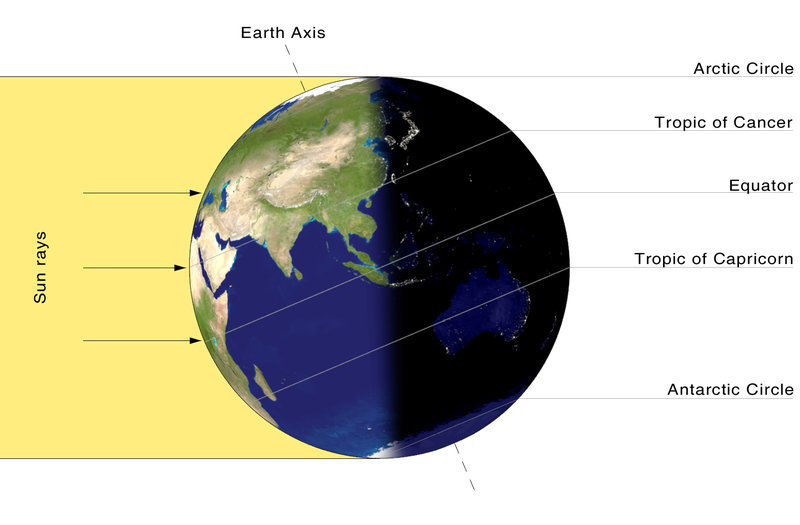 Illumination of Earth by Sun on the day of summer solstice on northern hemisphere (Credit: Przemyslaw "Blueshade" Idzkiewicz)

Worldwide, interpretation of the event has varied among cultures, but most have recognition of sign of the fertility, involving holidays, festivals, and rituals around that time.

Many cultures celebrate various combinations of the winter and summer solstices, the equinoxes, and the midpoints between them, leading to various holidays arising around these events.

Featured image: The Sun rising over Stonehenge on the morning of the Summer Solstice (June 21, 2005). (Credit: Andrew Dunn/Wikipedia)