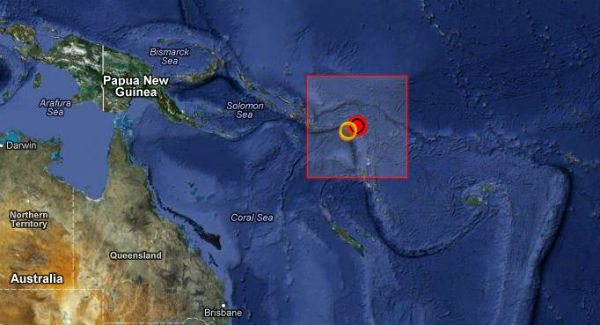 Strong and shallow earthquake with recorded magnitude 6.0 (USGS) struck Santa Cruz Islands on January 30, 2013 at 23:03:45 UTC. The epicenter was located 75 km (46 miles) ENE of Lata, Solomon Islands at coordinates 10.518°S, 166.486°E. Lata is located on Nendo Island and it is the largest town, and the capital of Temotu province of Solomon Islands. USGS reported depth of  10 km (6.2 miles), while EMSC registered slightly deeper depth of 40 km (24.8 miles), with same recorded magnitude. There was no tsunami alert issued.

Epicenter location by USGS and EMSC 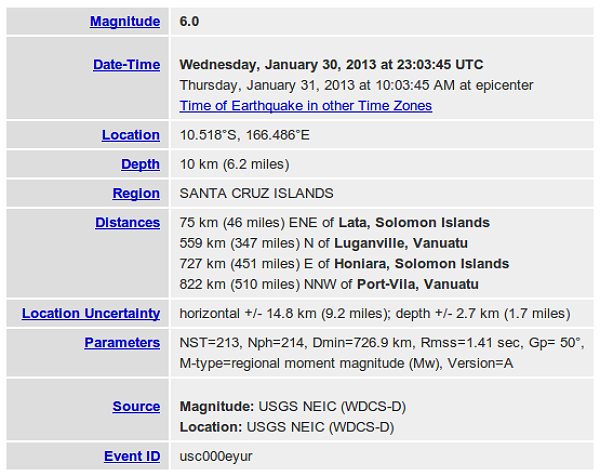 The Santa Cruz Islands are a group of islands in the Pacific Ocean, part of Temotu Province of the Solomon Islands. They lie approximately 400 km (250 miles ) to the southeast of the Solomon Islands Chain and north of the archipelago of Vanuatu. The Santa Cruz Islands are less than five million years old, and were pushed upward by the tectonic subduction of the northward-moving Indo-Australian Plate under the Pacific Plate. The islands are mostly composed of limestone and volcanic ash over limestone. 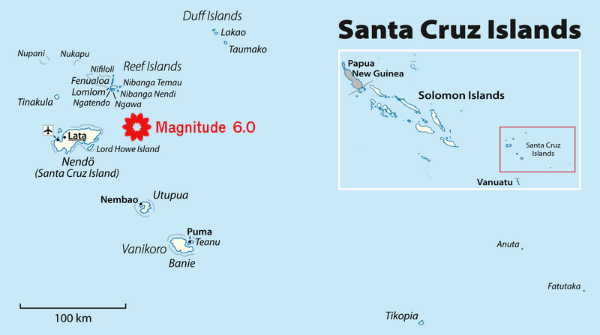