ESA officials announced that its infrared Herschel Space Observatory has discovered that Apophis is about 325 meters (1,066 feet) wide, nearly 20 percent larger than a previous estimate of 270 m (885 feet). A 2004 study that predicted a 2.7 percent chance of the space rock hitting Earth when it passes within 22,364 miles (36,000 kilometers) of the planet in April 2029, European Space Agency officials said. Later studies proved, however, that the asteroid poses no threat to Earth during that flyby, but astronomers continue to track the object since it will make another pass near Earth in 2036. In 2036 there is a 1 in 250,000 chance it could hit Earth.

Tonight’s two free webcasts will stream live views of Apophis from telescopes in Italy and the Canary Islands tonight. Apophis will be just under 15 million kilometers (9.3 million miles) from Earth at the time of tonight’s webcasts, offered by the stargazing websites Slooh Space Telescope and Virtual Telescope Project. The asteroid is too small to be seen through small backyard telescopes. 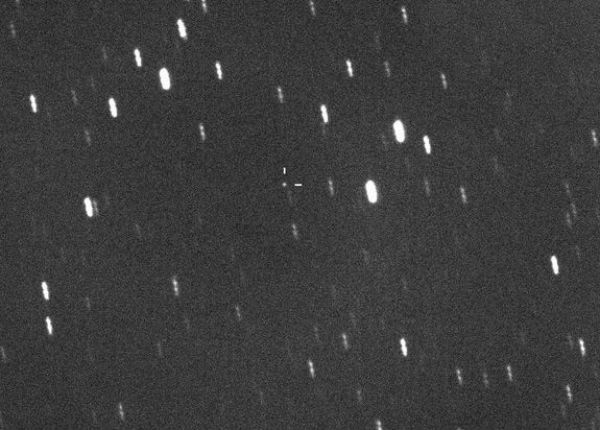 Amateur astronomer Gianluca Masi captured this view of the asteroid Apophis as it moves silently across the night sky using the Virtual Telescope.

You can track Apophis directly via the Virtual Telescope Project here: http://www.virtualtelescope.eu/webtv/

The webcast from the Slooh Space Camera can also be seen here: http://events.slooh.com/