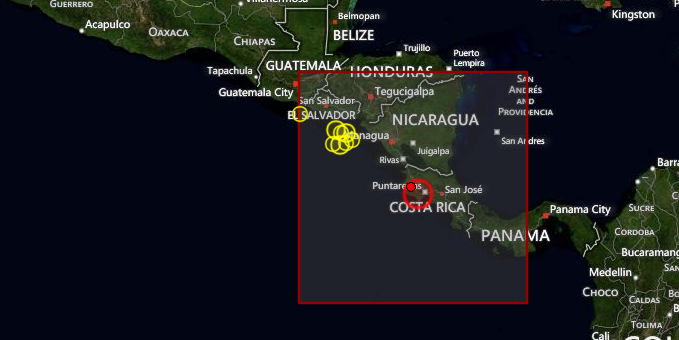 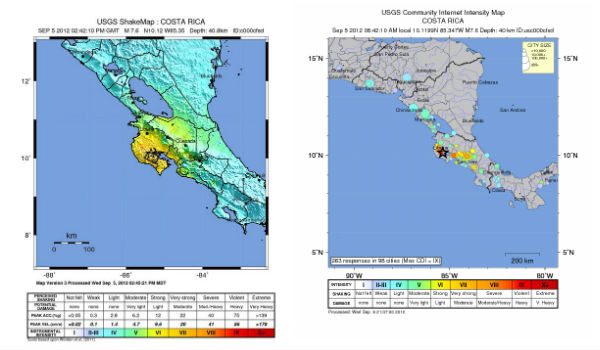 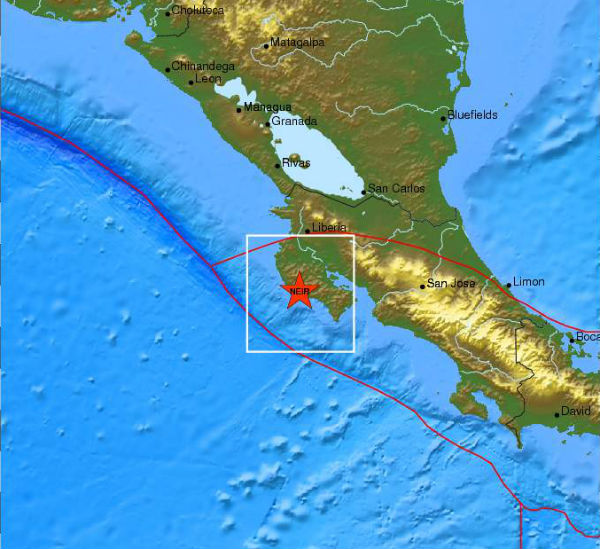 A tsunami warning was issued for Costa Rica, Panama, Nicaragua, El Salvador, Honduras, Mexico, Colombia, Ecuador, Guatemala and Peru. A tsunami watch was in effect for Chile, the Pacific Tsunami Warning Center said. It is still unknown if a tsunami was generated, but the warning was based on the size of the earthquake. GDACS calculated theoretic waves of max. 0.2 meter in many Costa Rican localities. All tsunami warnings were later canceled by CNE and PTWC. 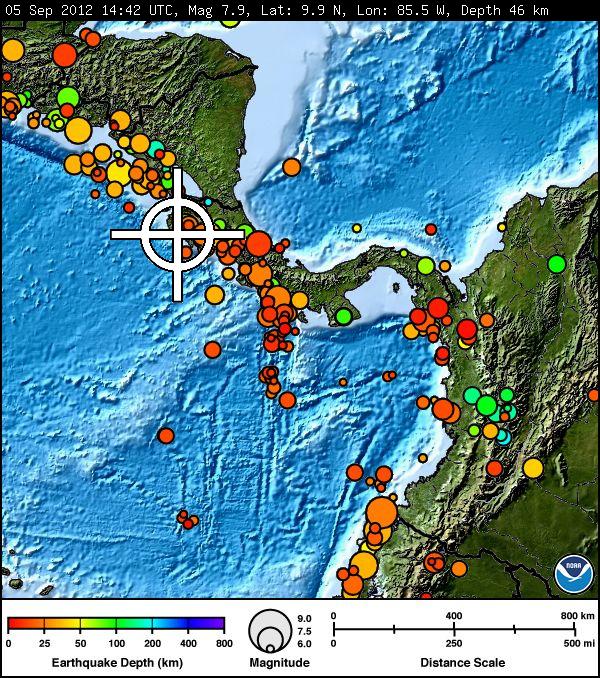 Oviscori reports 75 aftershocks of the earthquake ranging from 3 to 4.7. 25 aftershocks have been recorded in the first hour after the mainshock. The Rincon de la Vieja volcano shows new fissures probably due to the earthquake. Three major  landslides are reported between Zancedo and Quesada. The dikes in the Tampisque river near Filadelfia has been damaged. Earthquake rattled buildings and cut power in some parts of the capital of San Jose (141 km away from epicenter). In the coastal town of Nosara in northwest Costa Rica, trees shook violently and lamp posts swayed. The most serrious damage is reported in Nicoya and Puntarenas.

USGS PAGER issued yellow alert level for estimated economic losses and fatalities. Two people are killed and there are reports of many injured.

Costa Rica has a very good building code for seismic resistance, with modern buildings having some of the strictest measures in the world.

On April 22, 1991 strong magnitude 7.6 earthquake struck in the Limon-Pandora area, killing 47 people, 109 injuring 109 and 7,439 people left homeless . Intensity X was observed in some zones of liquefaction within the epicentral area. Some damage (VI) also occurred in the San Jose-Alajuela area and landslides blocked roads between Limon and central Costa Rica. Earthquake was felt in Salvador, Panama, Nicaragua and Honduras and on San Andres Island, Colombia. Maximum uplift of 1.4 meters was observed near Limon and sandblows and liquefaction caused subsidence of soils in the Bocas del Toro area. Ground cracks also occurred in the epicentral area. A 2-meter tsunami with maximum runup of 300 meters was observed in the Cahuita-Puerto Viejo area, Costa Rica. Tsunamis were also reported on Bastimentos, Carenero and Colon Islands and at Portobelo, Panama. The maximum amplitude of the tsunami in Panama was about 0.6 m. A 7-cm tsunami (peak-to-trough) was recorded on the tide gauge at Cristobal, Panama. Damage in Costa Rica estimated to be about 43 million U.S. dollars.