In Albania more than 75 000 volunteers (2,5% of the inhabitants) are expected to join the cleanup on the 20th of April. The goal of the action  is to not just gather 25 000 tons of garbage but to raise the awareness of the communities in the matters of garbage, voluntarism and environmental issues in general. The team is also working in cooperation with ministries to improve the laws concerning environmental issues and to generate more sustainable waste handling solutions on a local and national level for the future.

Croatia is cleaning on the 21st of April in around 60 municipalities including 10 largest and most populated islands. The organizing team is hoping to gather more than 45 000 volunteers (1% of the inhabitants) from all over Croatia. The mission behind  the action is to change the patterns of behavior regarding garbage and environment in the society.

„For people in our country, where it is extremely difficult to succeed without being involved in corruption, it is strange when somebody simple, not connected to important people on relevant positions, from a small village, can make a difference and motivate so many stakeholders and individuals,” says the initiator of Croatian cleanup, Helena Traub. According to Traub they find it important to mix some humour into the action and campaign as well: “For example, we are going to print T-shirts with the quote: “Your father could be the strongest but my father is mapping the most.“

The cleanup action in USA, California, taking place on the same day, April 21st, is fronted by popular TV-series True Blood actor Ian Somerhalder and his foundation. Action is called „Let’s get Dirty” and is aiming to join more than 2000 schools in a state wide effort to clean up local communities throughout the state of California. On the same day a simultaneous cleanup event is taking place in San Francisco. Volunteers including residents, merchants and students will sweep up litter, plant and tend to trees, remove weeds and overgrown vegetation and do other collective actions to improve the state of shared public areas.

Latvia and Lithuania, both cleanup veterans, having organized several country-wide cleanup actions since 2008, as a part of the civic movement Let’s Do It! are having the cleanup actions on Saturday. Lithuania’s last action in 2011 brought together 120 000 volunteers. Neighbor country Latvia, had as much as 190 000 volunteers participating in 2011. This time Latvian team has more tham 1300 cleaning spots already registered in all regions and municipalities – the organizers expect about 230 000 volunteers to join the action and clean up litter and illegal waste on 21st, which would mean that about 10 per cent of the country’s population would be directly participating in the action. 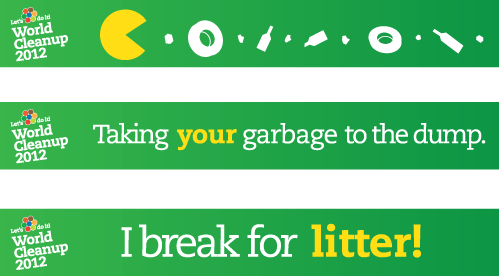 Austria, joining with fellow cleaners in Latvia, Lithuania,. California  and Croatia on the 21st is having the biggest civic cleanup action in country’s history – organizers expect at least 50 000 people in 800 municipalities to come out to clean the country on saturday. All municipalities have joined and are supporting the civic-led action involving many schools and organizations who are helping to coordinate the efforts on a local level. Sarah Reindl, the spokesperson of the initiative says, that their main purpose is not to just deal with the consequenses of illegal waste dumping but to raise awareness about littering problem in general. The team is looking to introduce different methods for waste reduction and is aiming to mobilize politicians and younger generations. “

A day later, on 22nd of April, a cleanup action will also reach the third continent, sweeping over Egypt. The cleanups will take place from El Gouna, through Hurghada, Safaga to Marsa Alam, not only on the mainland, but also underwater and on islands of the Red Sea.  Organisers are expecting around 400 people to participate in the event, but also have reached out to organizations to invite them to hold their independent cleanups.

Next World Cleanup 2012 actions will be taking place on 28th and 29th of April in Ukraine and Greece, followed by cleanup action in Malta on 1st of May. 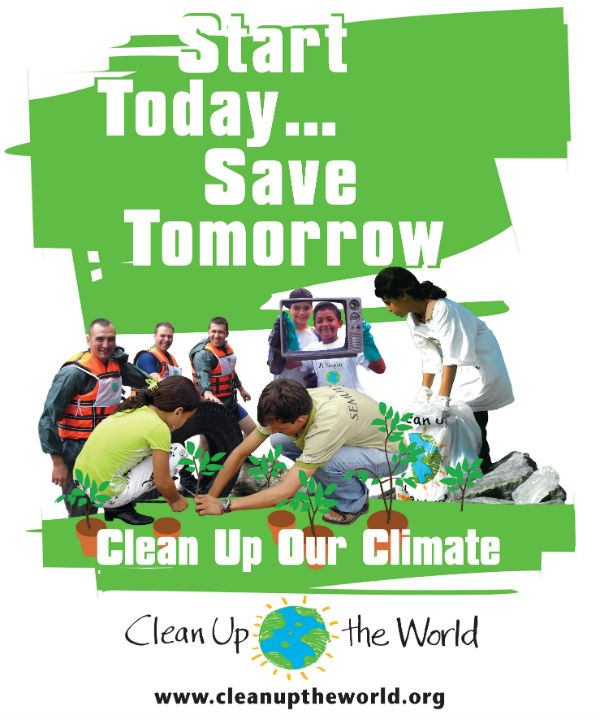