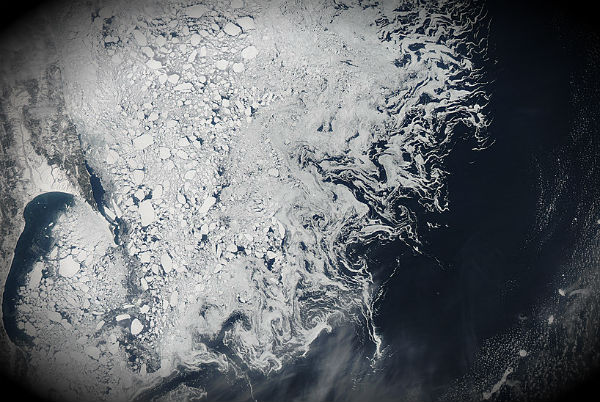 In late March, 2012 sea ice hugged the shores of Russia’s Sakhalin Island and covered much of the Sea of Okhotsk. As spring brings increasing sunlight to the region, the ice will begin to break up and flow out to the Pacific Ocean. On March 23, the Japanese Meteorological Agency predicted that ice would flow out of the Goyoumai Pass and the Kunashiri Pass near Hokkaido, Japan in the upcoming week, and warned ships to be cautious about the movement of sea ice. 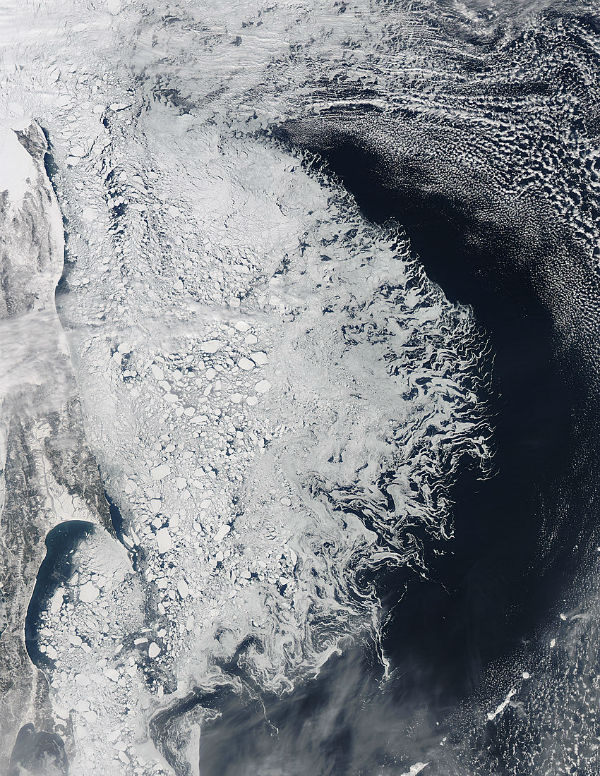 The Sea of Okhotsk lies at a similar latitude as Portland, Oregon and Venice, Italy, and the Sea is the southernmost extent of Artic sea ice. It is generally icebound from November to June, and is frequently covered in heavy fog, making clear images, such as this one, difficult to acquire. (MODIS)