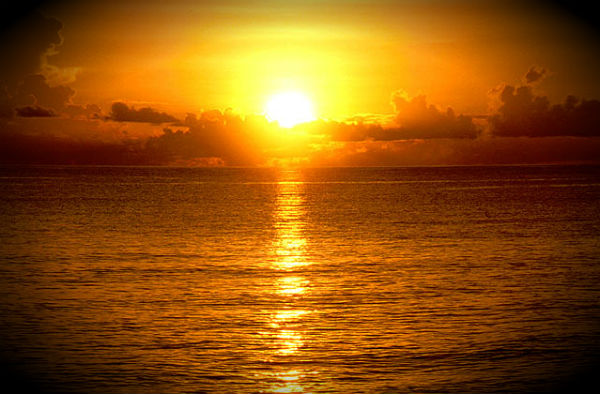 Global average temperatures will probably be between 1.4°C and 3°C (between about 2.5°F to 5.5°F) higher than they were from 1960 to 1990 by 2050 according to new study. Scientists picked one of 25 climate models used by the IPCC in a climate scenario called A1B, which assumes greenhouse gas emissions will generally continue to increase at their current levels, with some reduction in sulphate aerosols. In a 2007 report, the IPCC predicted that global temperatures would rise by about 1.5 to 2°C (about 2.5 to 3.5 °F) by 2050. The researchers then run the model thousands of times with slight perturbations to each climate detail. This was big project which included help of tens of thousands of people who allowed computer simulations to run in the background on their personal computers for up to six months because the job was too much for any one computer to deal with. This shows what citizen science can contribute to top-level scientific research.

Narrowing the model’s results to scenarios that were realistic based on past trends, the researchers report in the journal Nature Geoscience, that global temperatures could be as much as 3°C (5.4°F) higher in 40 years than they were in the 60’s through the 90’s. That kind of change could have profound effects on ecosystems, according to the IPCC, with higher rates of coral bleaching, extinctions and melting ice.


The new study, which used many thousands of personal computers to both refine and raise previous estimates of future temperatures, points out just how hard it is to predict the future of something as multi-faceted and complex as climate. When scientists meet to develop climate predictions for the Intergovernmental Panel on Climate Change, they consider all available data on every conceivable detail that might influence climate, while also making a number of assumptions. Some of those assumptions have to do with human behavior and our projected levels of greenhouse gas emissions. Others are more technical, as scientists have to factor in how sure they are about the variables involved in processes like cloud formation around ice crystals or temperature mixing in the oceans. Much is still unknown about how all those processes work and how they ultimately contribute to temperature changes. (Discovery)

“We can generate models with quite different climate responses over the next 50 years, and a large subset of those will look reasonable when compared with the last 50 years,”  Isaac Held, a climate modeler at NOAA’s Geophysical Fluid Dynamics Laboratory at Princeton University in New Jersey said.