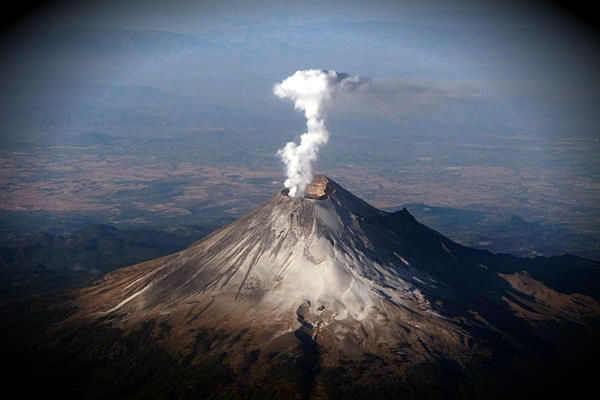 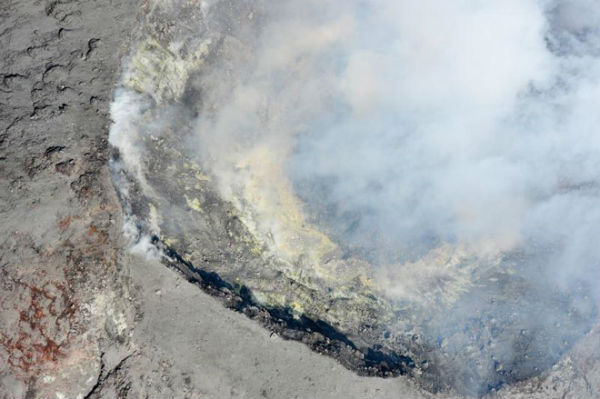 The dark summit dome on Cleveland volcano seen in August 2011. This dome was destroyed during the explosive eruptions on December 25 and 29, 2011, but a new dome is already forming. This cycle of dome growth and destruction is common at volcanoes such as Cleveland. (Credit: Wired)

On 31 January the Volcano Alert Level for Cleveland was raised to Watch and the Aviation Color Code was raised to Orange due to the formation of a new 40-m-wide lava dome in the summit crater. Recent eruptions from Mt. Cleveland have been characterized by short-lived explosive ash emissions, at times accompanied by lava fountaining and lava flows down the flanks. (Alaska Volcano Observatory (AVO))

The VolcanoDiscovery Team observed the fissure eruption at Nyamuragira that began on 6 November 2011 during 22-25 January 2012 from the newly formed cinder cones located about 10 km easr of the summit crater. They reported three coalescent cones with the largest cone containing a small lava lake.  Lava flows from thevent extended several kilometers.  Lava flows from Nyamuragira cover 1,500 sq km of the East African Rift. (GVP)

Seismic activity from Paluweh or Rokatenda increased during 12-18 January, prompting CVGHM to raise the Alert Level from 1 to 2 (on a scale of 1-4) on 19 January. The largest historical eruption of Paluweh occurred in 1928, when a strong explosive eruption was accompanied by landslide-induced tsunamis and lava-dome emplacement. 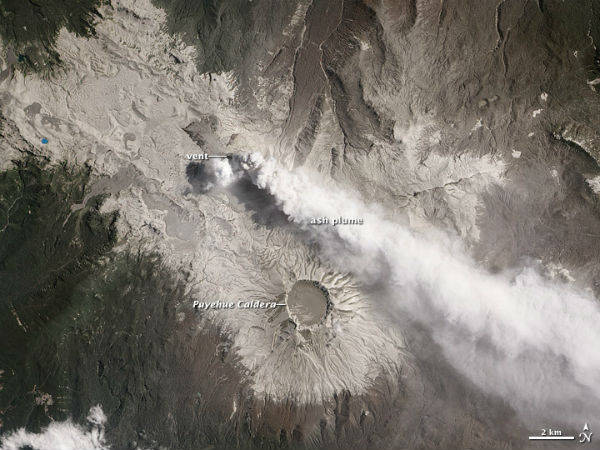 Low-level gas-and-steam plumes from Pagan were observed in satellite imagery during 20-27 January. Based on information from the Honolulu MWO, satellite imagery, and a pilot observation, the Washington VAAC reported gas emissions and a possible light-brown ash plume drifting E on 30 January. The Aviation Color Code remained at Yellow and the Volcano Alert Level remained at Advisory.