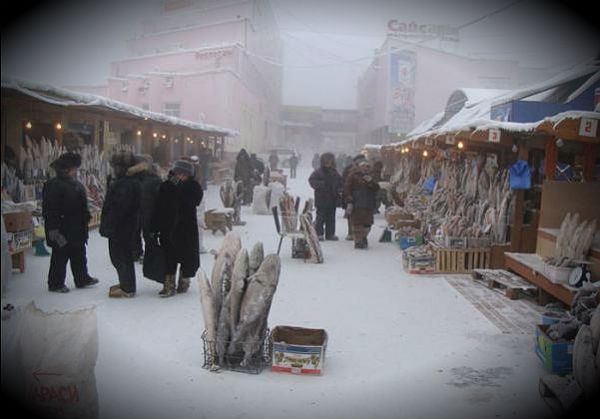 This winter in Russia started unusually warm.  9.5 degrees Celsius (49.1 degrees Fahrenheit) was recorded in the north-western city of Kaliningrad which is a new record for the period. The start of winter in Kaliningrad was unusually warm. On January 2, the temperature stood at 9.5 degrees Celsius, a record for January since the start of meteorological data. It is expected that the pattern could continue this week. Usually, the Gulf of Finland off the port of Saint Petersburg freeze every winter for the last 100 years but that didn’t happen this year. However, eastern Siberia was freezing. -56 degrees Celsius was recorded in Yakutia nad -40 in the Far East. 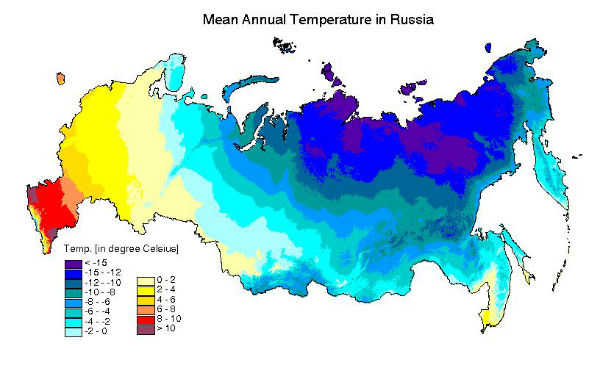 In winter an intense high-pressure system causes winds to blow from the south and the southwest in all but the Pacific region of the Russian landmass; in summer a low-pressure system brings winds from the north and the northwest to most of the landmass. That meteorological combination reduces the wintertime temperature difference between north and south. Thus, average January temperatures are -8°C in St. Petersburg, -27°C in the West Siberian Plain, and -43°C at Yakutsk (in east-central Siberia, at approximately the same latitude as St. Petersburg), while the winter average on the Mongolian border, whose latitude is some 10° farther south, is barely warmer.

Summer temperatures are more affected by latitude, however; the Arctic islands average 4°C, and the southernmost regions average 20°C. Russia’s potential for temperature extremes is typified by the national record low of -94°C, recorded at Verkhoyansk in north-central Siberia and the record high of 38°C, recorded at several southern stations.