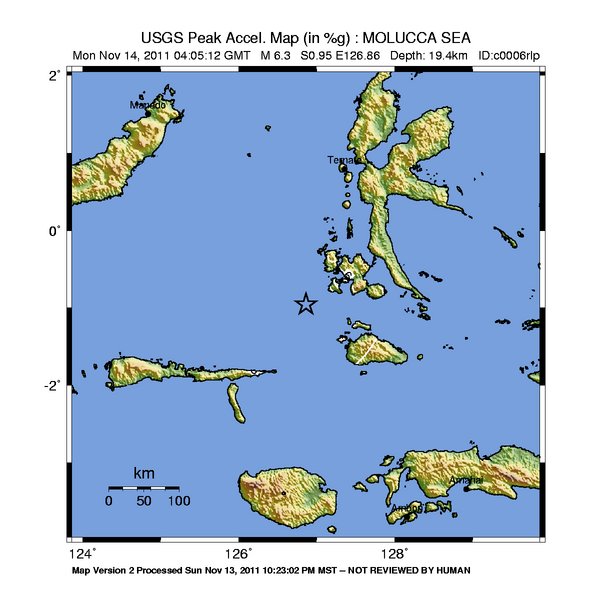 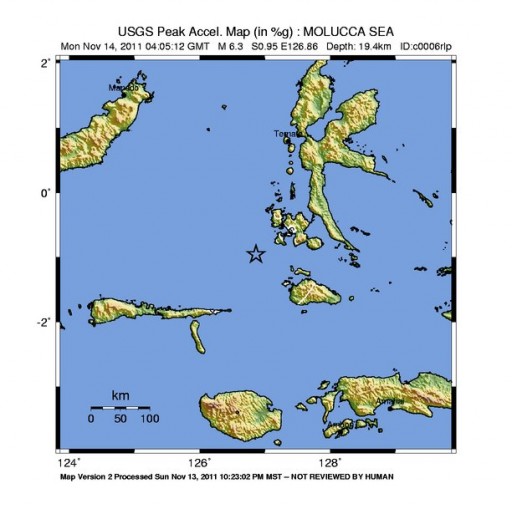 Pacific Tsunami Warning Center reported magnitude 6.6 with depth of 50 km and inform that there is no tsunami alert. 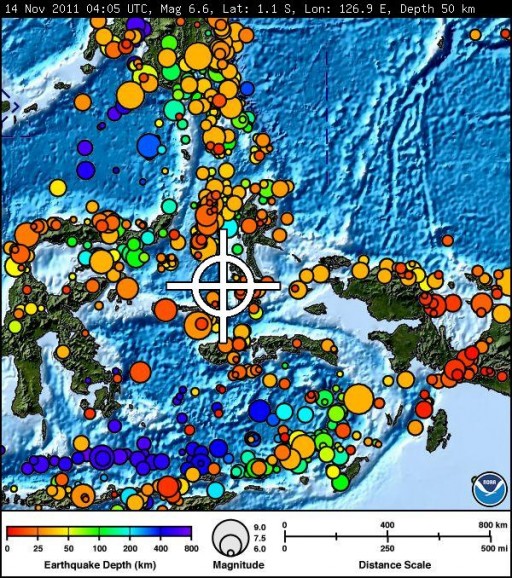 The Molucca Sea Plate is a micro plate squeezed in between the micro plates: Sangihe Plate and Malmahera Plate, all three in Indonesia. The Molucca Sea is the only present day example of ocean basin closure as a result of subduction of oceanic lithosphere in two opposite directions. The outcome of the double subduction has been the creation of the Sangihe arc in the west and Halmahara arc in the east. 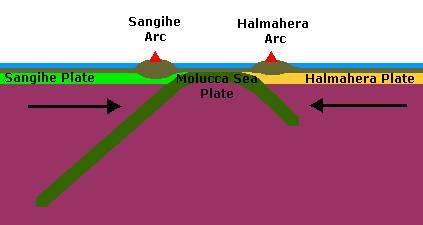 Volcanic activity along the Halmahera arc has ceased north of Morotai Island, but volcanism continues further north along the opposite Sangihe arc.