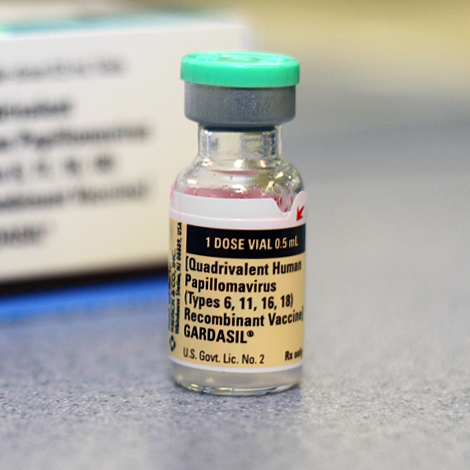 According to article by MSNBC, bypassing the Legislature altogether, Republican Gov. Rick Perry issued an order Friday making Texas the first state to require that schoolgirls get vaccinated against the sexually transmitted virus that causes cervical cancer. By employing an executive order, Perry sidestepped opposition in the Legislature from conservatives and parents’ rights groups who fear such a requirement would condone premarital sex and interfere with the way Texans raise their children.

Beginning in September 2008, girls entering the sixth grade — meaning, generally, girls ages 11 and 12 — will have to receive Gardasil, Merck & Co.’s new vaccine against strains of the human papillomavirus, or HPV. Perry also directed state health authorities to make the vaccine available free to girls 9 to 18 who are uninsured or whose insurance does not cover vaccines. In addition, he ordered that Medicaid offer Gardasil to women ages 19 to 21.

“The HPV vaccine provides us with an incredible opportunity to effectively target and prevent cervical cancer,” Perry said.

Visit msnbc.com for breaking news, world news, and news about the economy

The order is effective until Perry or a successor changes it, and the Legislature has no authority to repeal it. Texas Constitution permits the governor, as head of the executive branch, to order other members of the executive branch to adopt rules like this one. Legislative aides said they are looking for ways around the order for parents who oppose it.

Texas allows parents to opt out of inoculations by filing an affidavit objecting to the vaccine on religious or philosophical reasons. Even with such provisions, however, conservative groups say such requirements interfere with parents’ rights to make medical decisions for their children.

The federal government approved Gardasil in June, and a government advisory panel has recommended that all girls get the shots at 11 and 12, before they are likely to be sexually active. The New Jersey-based drug company could generate billions in sales if Gardasil — at $360 for the three-shot regimen — were made mandatory across the country. A top official from Merck’s vaccine division sits on Women in Government’s business council, and many of the bills around the country have been introduced by members of Women in Government. (MSNBC)

Gardasil is a vaccination for certain strands of the human papillomavirus (HPV), a virus that more than 80 percent of women have been exposed to by the age of 50. Approved by the Food and Drug Administration (FDA) in 2006, the vaccination has been added to the National Vaccine Injury Compensation Program (VICP) following reports of severe adverse side effects.

Since its release to the market in 2006, there have been more than 3,400 reports of adverse reactions to the vaccination, including eight deaths. Gardasil’s manufacturer, Merck and Company, created the vaccination to prevent HPV-induced cervical cancer, and lobbied for a national mandatory Gardasil vaccination for girls 11 years old. The proposal has been denied after receiving thousands of claims against the vaccination.

Other studies have found that more than half of the pregnant women who have taken Gardasil reported fetal abnormalities and birth defects, as well as spontaneous abortion. (DefectiveDrug)