Moderate geomagnetic storm is in progress

A solar wind stream is buffeting Earth's magnetic field, sparking Southern Lights around the Antarctic Circle. Ian Stewart sends this picture to SpaceWeather.com from a jetty near Hobart, Tasmania: 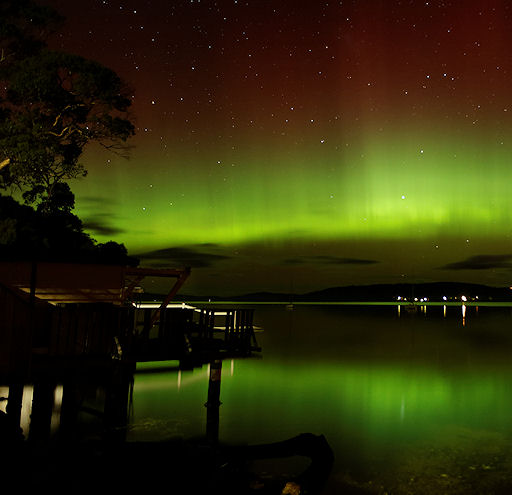 "Not long after sunset a friend rang to ask whether a faint arc of light crossing over the southern sky was an aurora. It was!" says Stewart. "This is the first time in the new solar cycle that I have managed to photograph the Aurora Australis. Previous events either have not been strong enough to view at 43o South, or have occurred during our daytime. Perhaps this is the beginning of a good aurora season for the southern hemisphere."

The solar wind is intensifying and a moderate geomagnetic storm is in progress. High latitude sky watchers in both hemispheres should be alert for auroras.

A Geomagnetic Storm is in progress early on Saturday and many signals are in on Aurora here on 6 meters just before sunrise. If you are high in latitude, be on the lookout for Aurora. 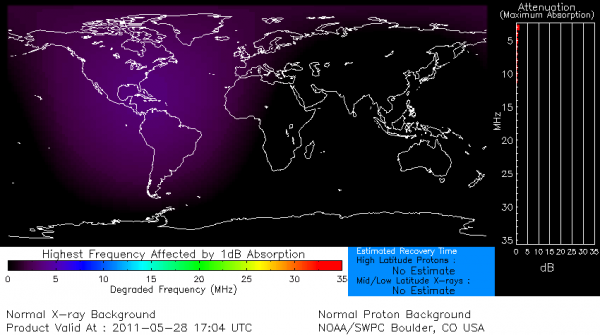 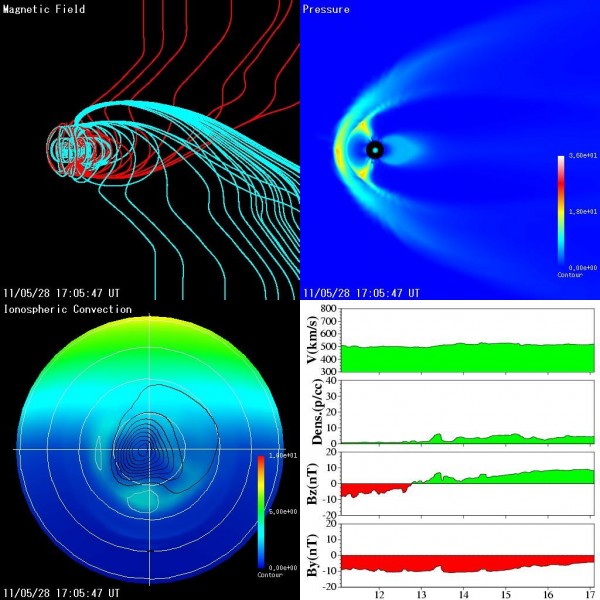 A massive dust storm hit the state of Sao Paulo, Brazil on September 26, 2021, reducing the visibility to a minimum. The worst affected cities in Sao Paulo were Aracatuba, Franca, Jales, Presidente Prudente, and Ribeirao Preto. Parts of the neighboring state of...