JMA has issued a Tsunami Advisory for the Fukushima and Miyagi prefectures, with waves up to 1 m (3.3 feet) expected. A Tsunami Forecast is in effect for most of Japan’s eastern coastal areas. 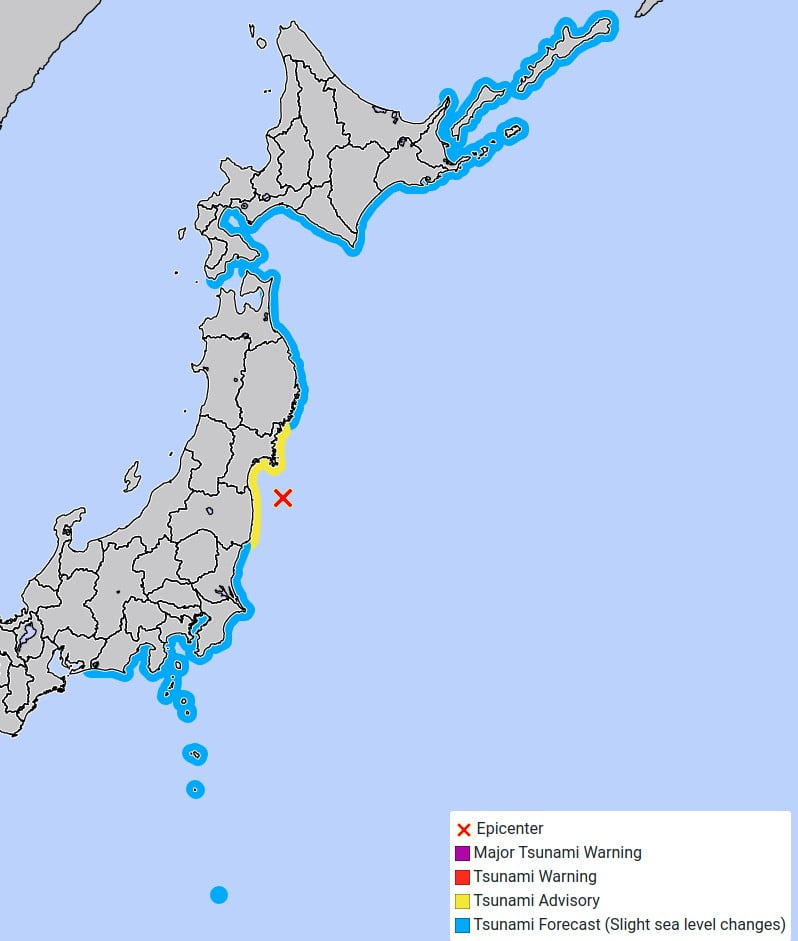 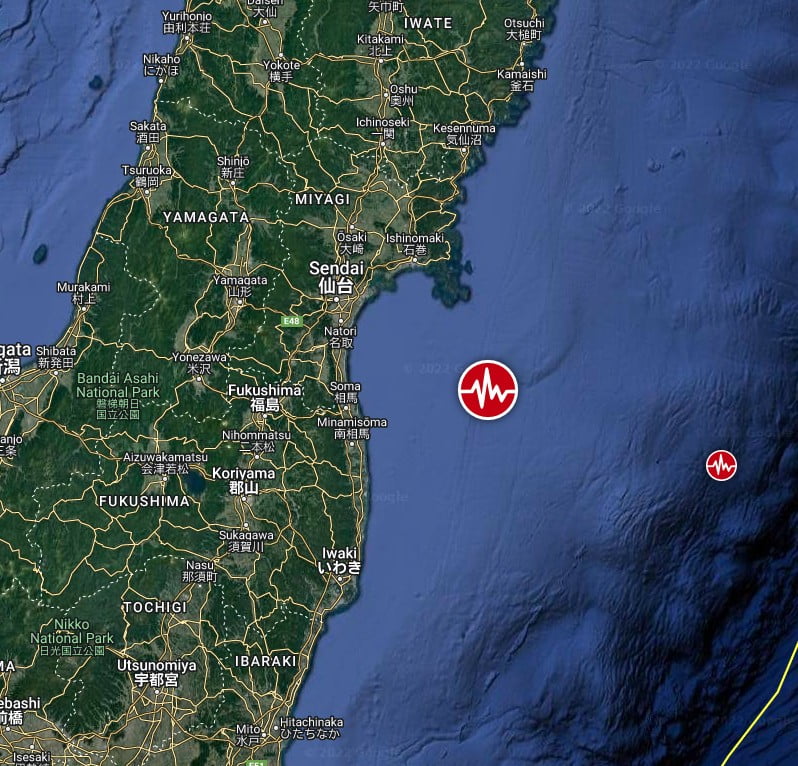 A Yellow alert was issued for economic losses. Some damage is possible and the impact should be relatively localized. Estimated economic losses are less than 1% of GDP of Japan. Past events with this alert level have required a local or regional level response.

Recent earthquakes in this area have caused secondary hazards such as tsunamis, landslides and fires that might have contributed to losses.

The earthquake has left 4 people dead and more than 160 injured. (Mainichi)

The quake caused power outages in northeastern and eastern Japan, affecting a total of more than 2.2 million households, including some 700 000 in Tokyo. Power was later restored to most of the affected citizens.

The country’s nuclear regulator said data show no abnormalities with reactors and facilities at the Fukushima Daiichi nuclear power plant, although the cooling system for the spent fuel pools at the No. 2 and No. 5 reactors temporarily stopped. Cooling systems for spent fuel pools at the Fukushima Daini nuclear power plant and the Onagawa nuclear plant in Miyagi were also affected before recovering.

A Tohoku Shinkansen bullet train derailed between Fukushima Station and Shiroishizao Station, but all 78 passengers and crew members aboard were unharmed, according to East Japan Railway Co.

Relatively small tsunami waves were observed at Ishinomaki port in Miyagi and other locations. 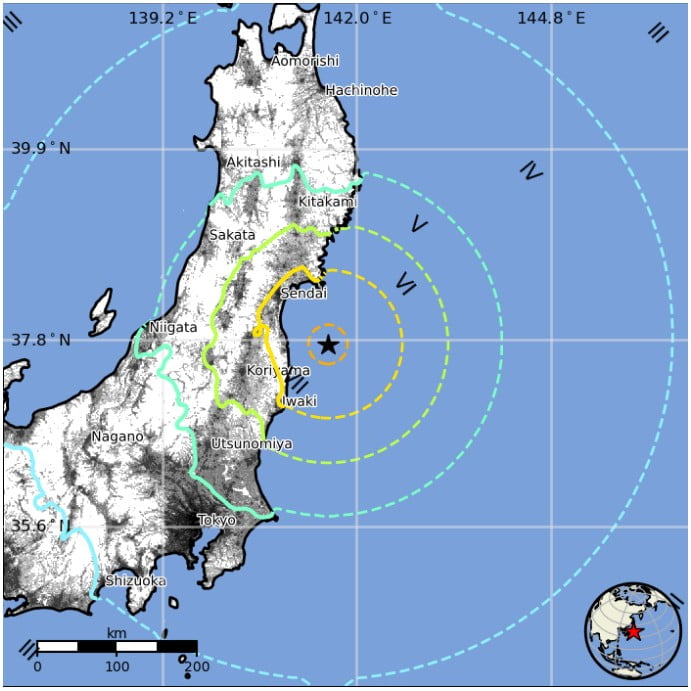 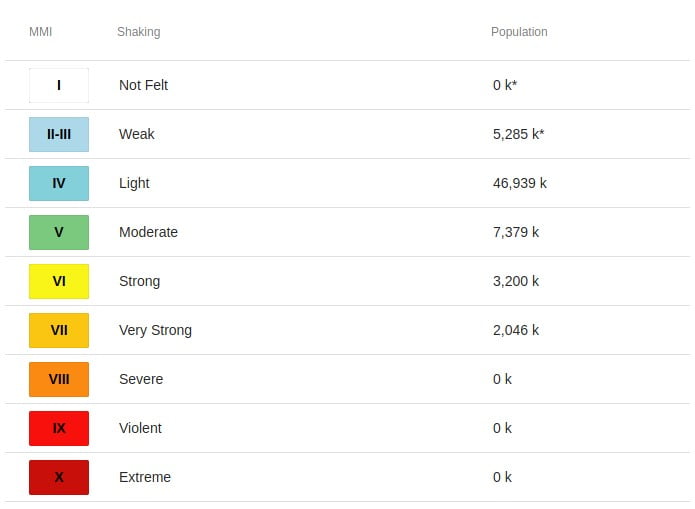 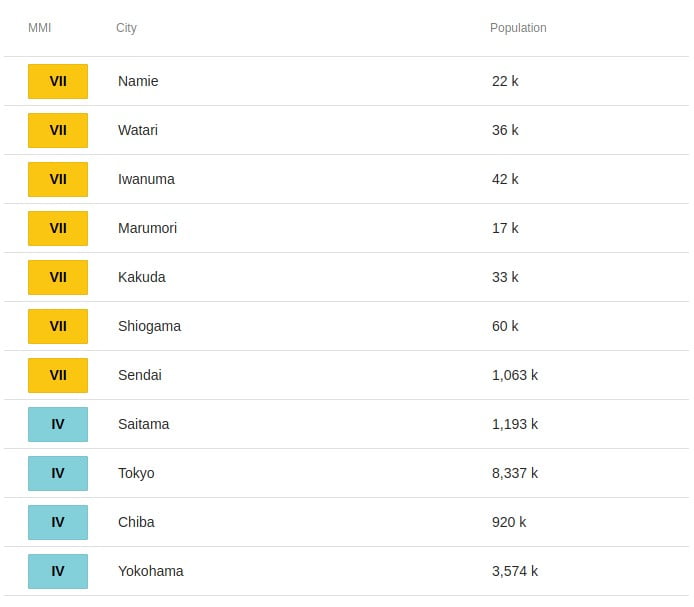 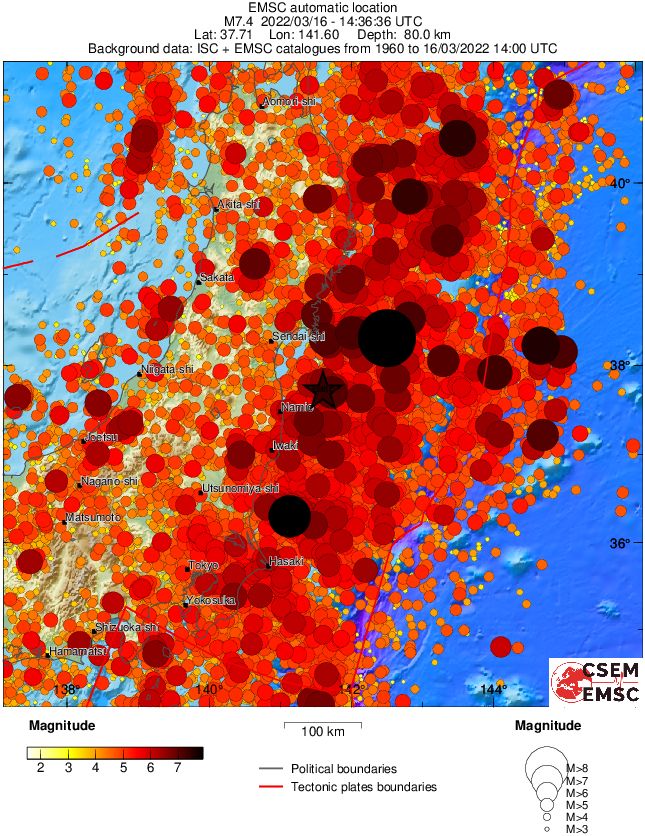