Heavy rains triggered a large landslide in the town of Dosquebradas, central Colombia at around 11:25 UTC on February 8, 2022, burying 6 homes.

According to the state National Unit for Management of Risks and Disasters, at least 36 people were injured and 16 lost their lives.

Dozens of nearby homes were evacuated amid fears of more landslides and floods as the Otun river overflowed.

"First, using the footage available I tentatively located the fatal landslide. The base map corresponds to the landslide/flood hazard map for the city of Pereira reported in the Land use plan." 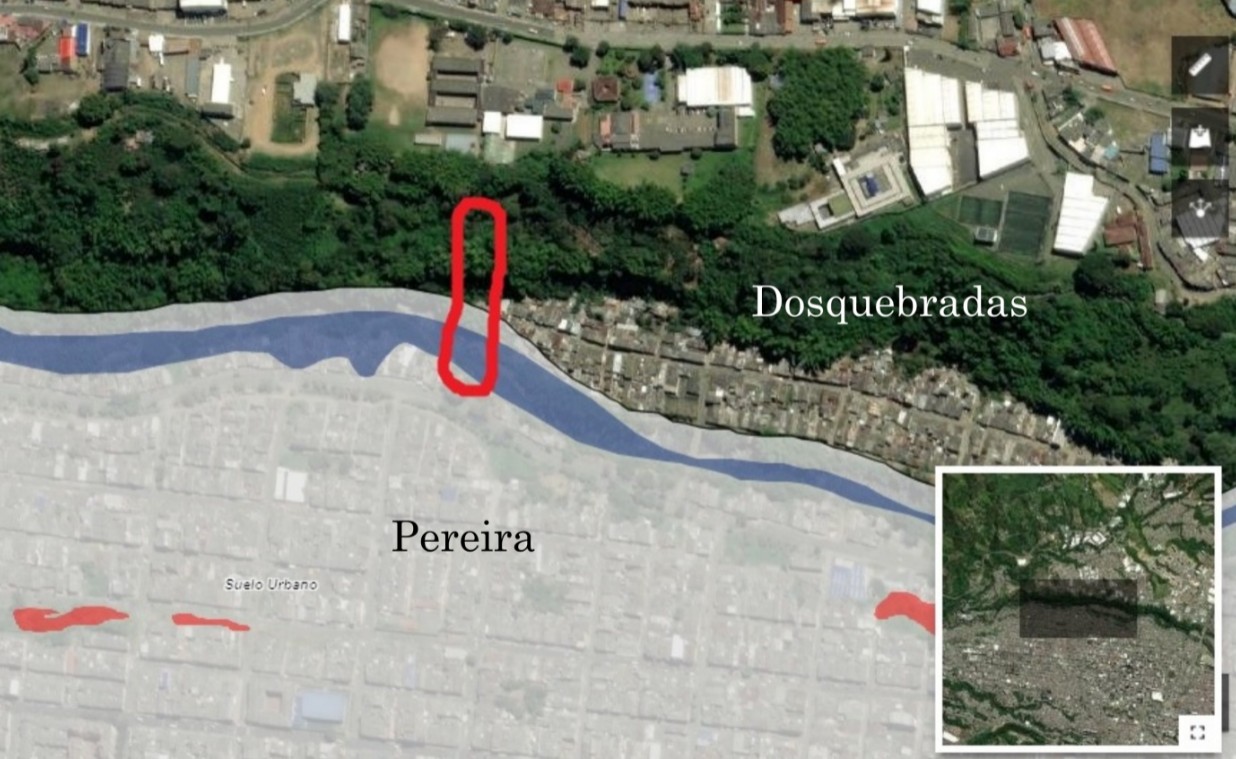 "Note how in the mentioned plan, the affected area is not recognized as a susceptible area to landsliding. Although the steep slope is north of the Otún River, on the Dosquebradas municipality side, the runout distance was enough to cross the stream."

"Most deads occurred on the Pereira side of the Otún River," Schneider said. "The available visual material is clear in that the south margin of the Otún River was heavily damaged and where most fatalities were located."

"Does this mean that geoscientists and engineers failed to recognize this possible scenario? The historical data shows that this area has been affected by fatal landslides in the past. Therefore, the scenario is not new or unexpected.

"I've also checked the land plan use of Dosquebradas. they identified this area as susceptible to landslides. Independently of the cell size used to calculate the hazard map, and that the detail is not the expected according to the law, nothing has been done here to mitigate the risk. 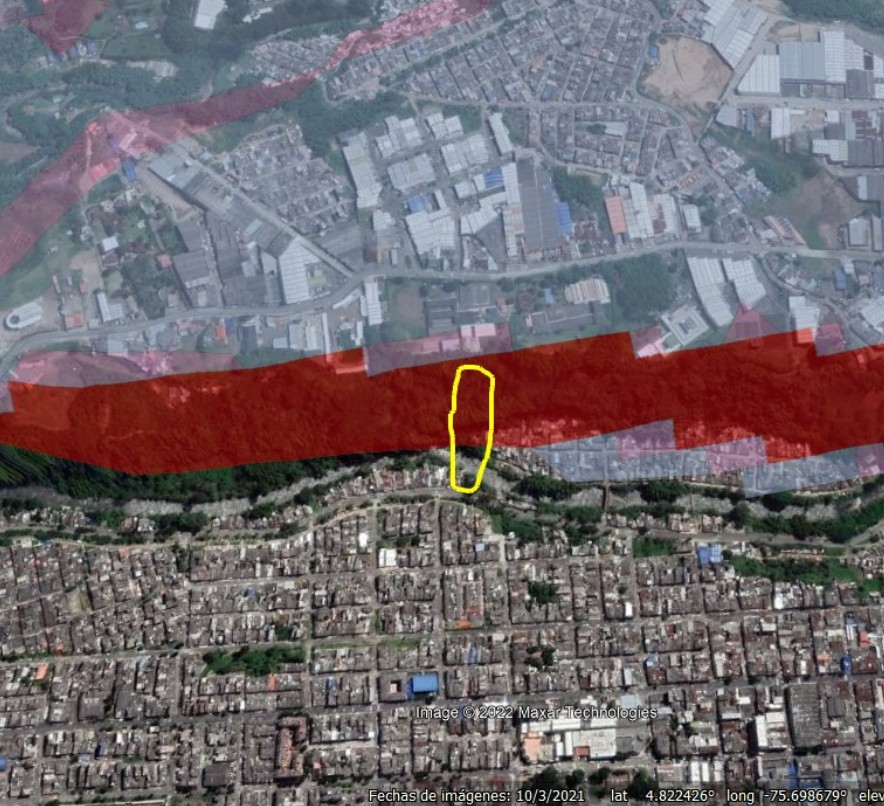 "In the long run, people may question the meaning of elaborating land use plans. Unfortunately, It seems more like a bureaucratic procedure rather than a risk management process… Meanwhile, vulnerable people are being killed by this ineffectiveness."