The flare was associated with a Type II Radio Emission at 04:44 UTC with an estimated velocity of 966 km/s. These emissions occur in association with eruptions on the Sun and typically indicate a coronal mass ejection (CME) is associated with a flare event.

Additionally, a Type IV Radio Emission was registered at 04:54 UTC. Type IV emissions occur in association with major eruptions on the Sun and are typically associated with strong coronal mass ejections and solar radiation storms.

This region has beta-delta magnetic configuration and is capable of producing moderate to strong eruptions with Earth-directed CMEs, but it appears most of the material released during this eruption is heading south. 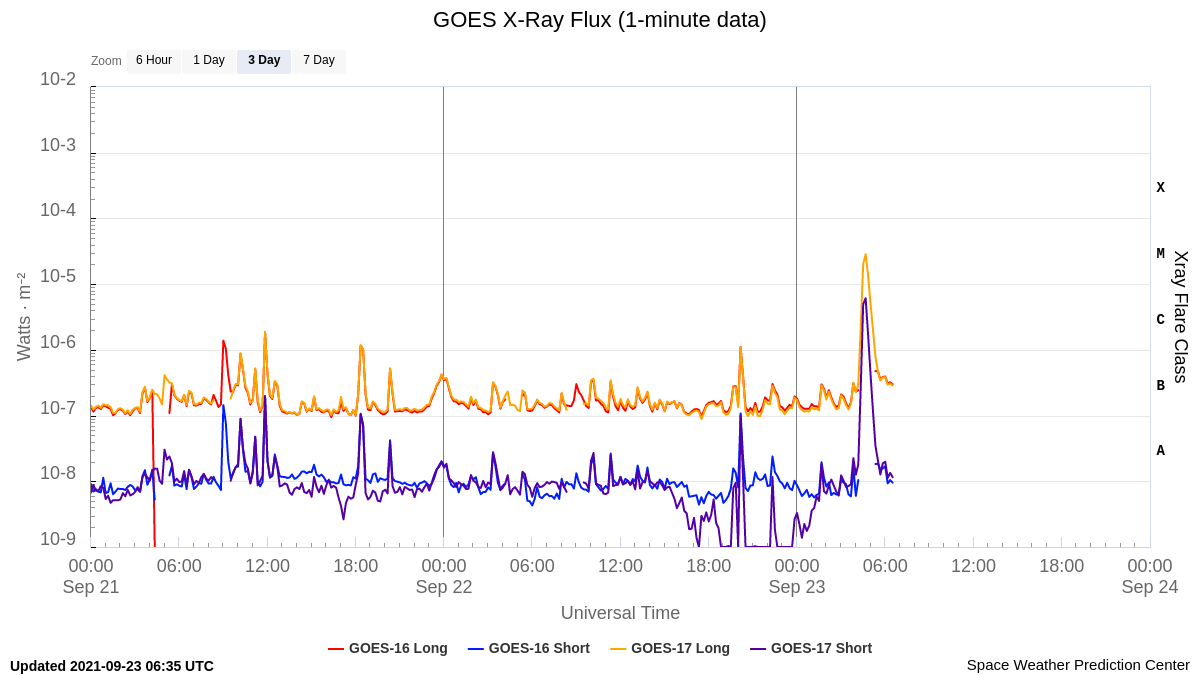 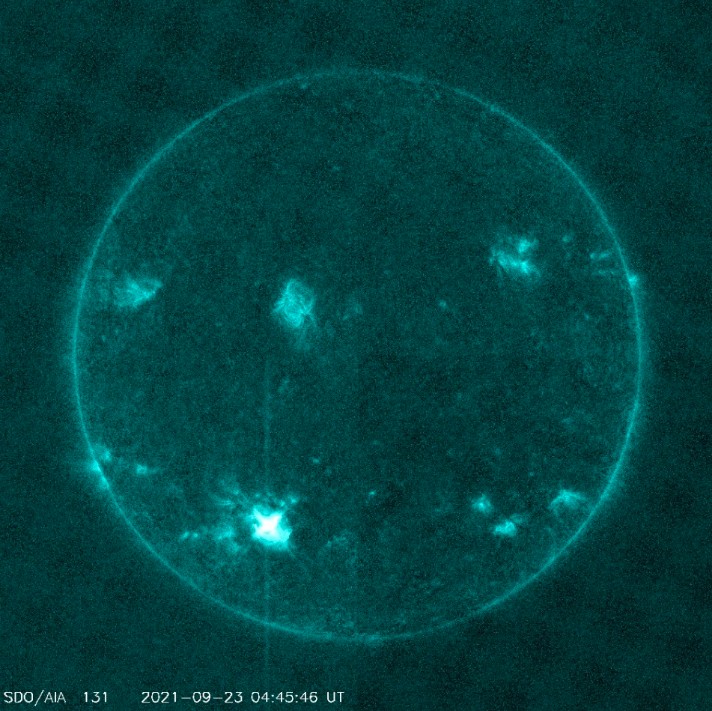 There are currently 5 numbered active regions on the Earth side of the Sun. 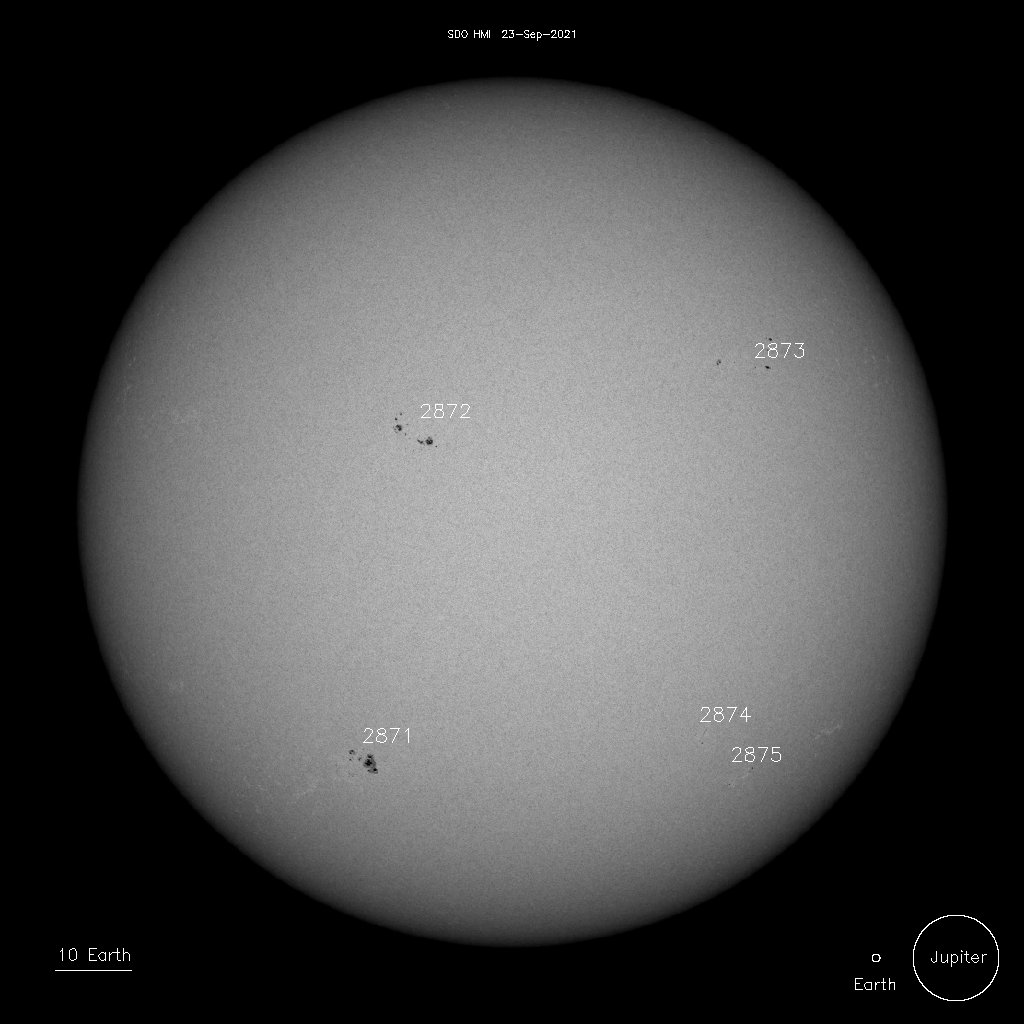 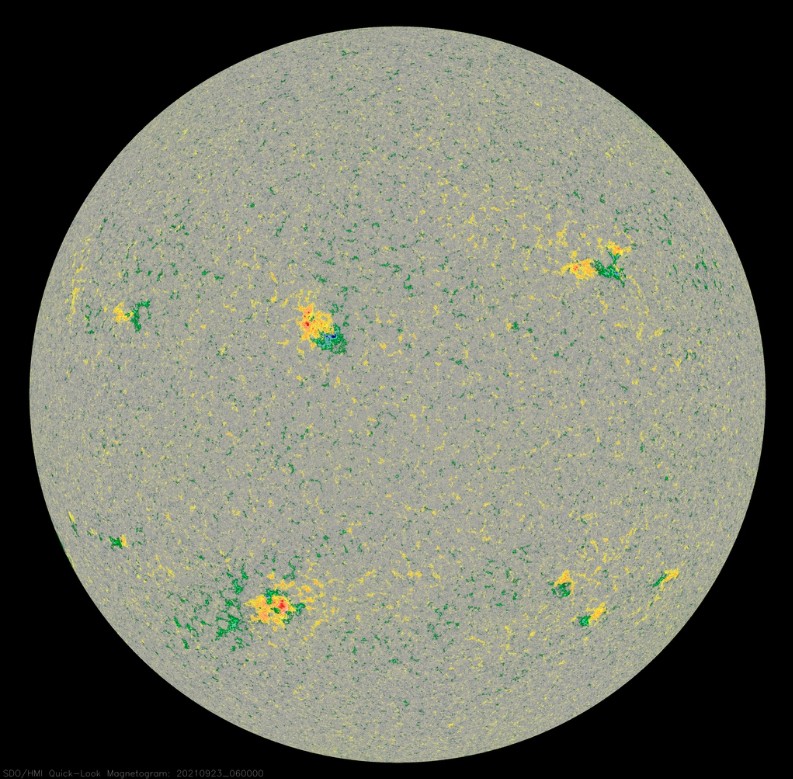 Residual influence from the positive polarity CH HSS is possible on September 23.

Minor CME effects are also possible today with a CME from September 19 that might transit close enough to Earth to enhance the IMF/solar wind.

Conditions should trend nearer to background levels on September 24 before a negative polarity CH HSS arrives on September 25. This CH HSS will elevate solar wind parameters once again. 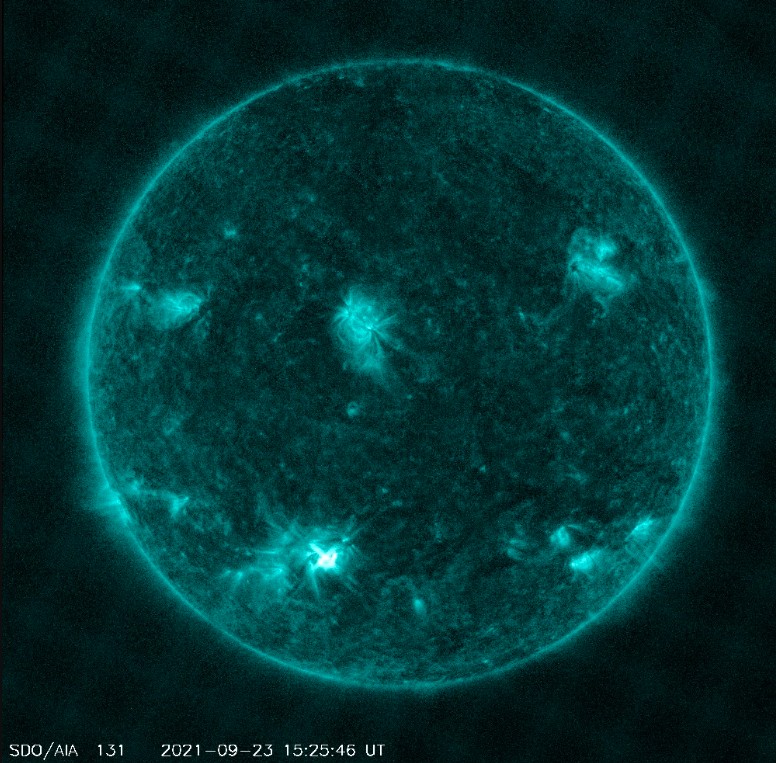 CME produced by this second flare is expected to overtake the first CME and reach Earth in the first half of September 27, according to the SWPC.