Typhoon "In-Fa" — the 7th named storm of the 2021 Pacific typhoon season — is slowly moving over Okinawa, southern Japan on July 23, 2021. After passing over Okinawa, In-Fa is expected to move north of Taiwan before making landfall south of Shanghai, China on July 25, with maximum sustained winds up to 140 km/h (87 mph).

The typhoon had maximum 10-minute sustained winds of 150 km/h (90 mph) with gusts up to 215 km/h (130 mph), making it a Category 1 hurricane equivalent on the Saffir-Simpson scale.

Its minimum central pressure was 955 hPa (28.20 inHg), and the system is almost stationary. 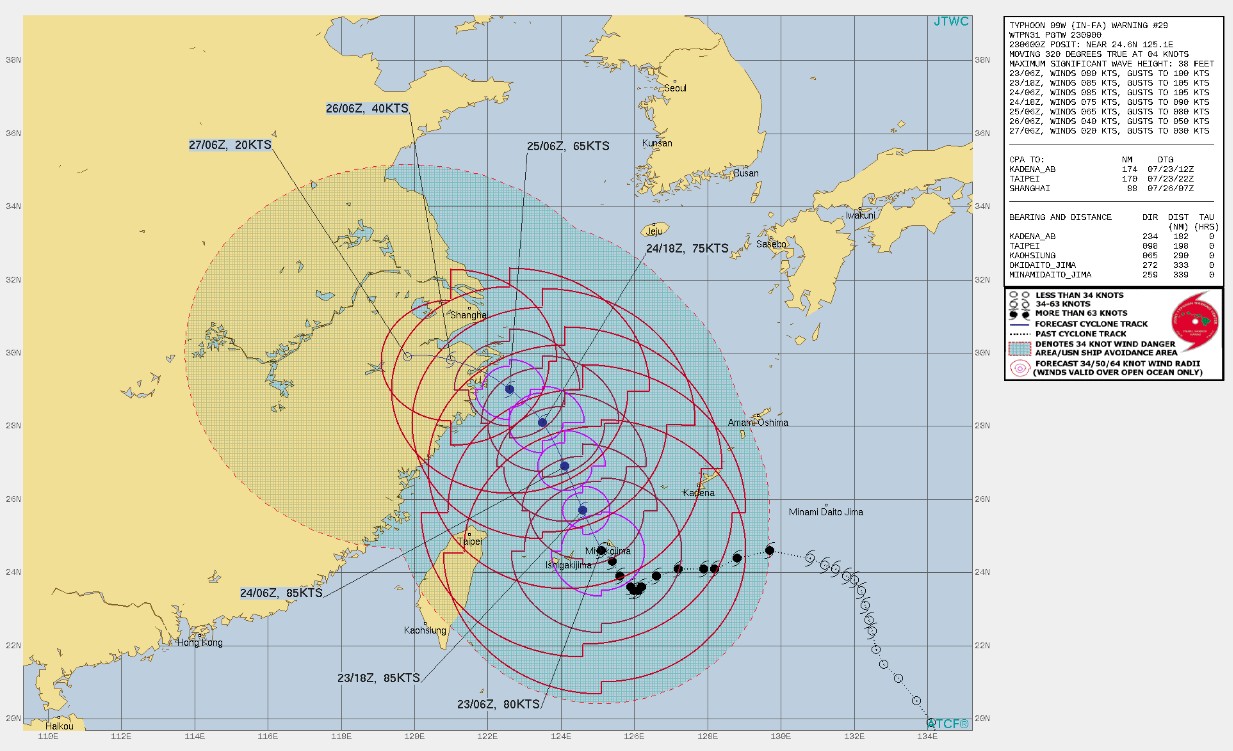 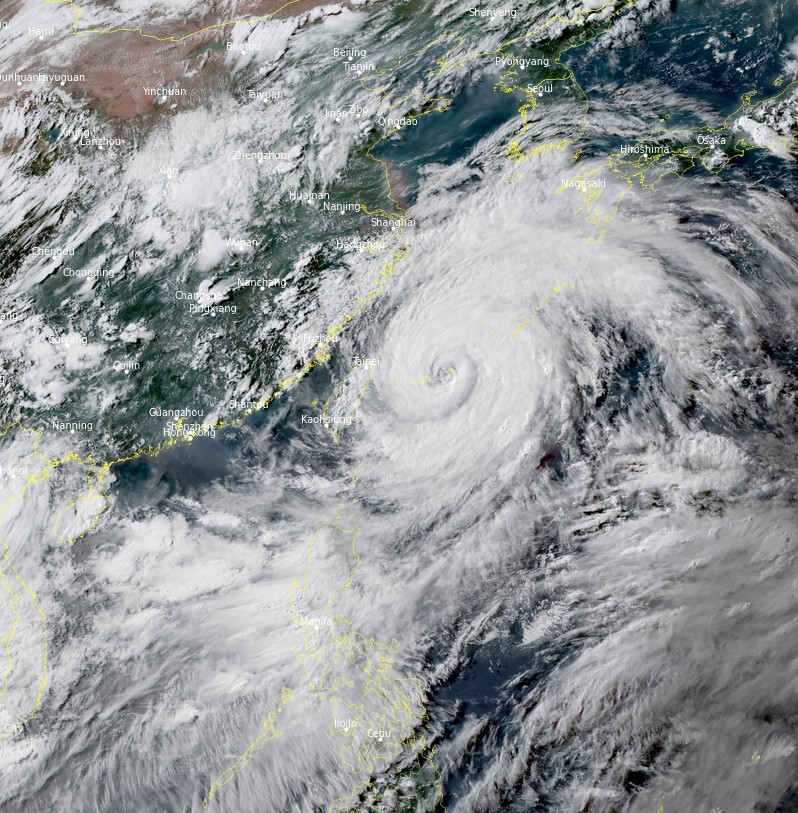 After moving over Okinawa, In-Fa is expected to pass north of Taiwan while approaching the central coast of eastern China on July 25, with maximum sustained winds up to 140 km/h (87 mph) and very heavy rain.

Emergency warnings (level 4/5) for storm surge have been issued for Yaeyama Islands (southern Ryukyu, Japan), while red warnings for heavy rainfall, floods and high waves are in effect for the Ryukyu Islands.

In Taiwan, extremely heavy rain advisories have been issued for northern areas of the Island.

According to China Meteorological Administration (CMA), In-Fa will make landfall in coastal regions from Zhoushan to Yuhuan, Zhejiang around the afternoon of July 25 to the dawn of July 26 (LT).

From July 23 to 24, heavy to very heavy rainfall will grip Shanghai, eastern Zhejiang, and Taiwan.