At least 51 people have died in Nepal while 29 others have been reported missing since the beginning of the monsoon season in June 2021, according to the Health Ministry. From June 1 to July 8, heavy rains have triggered a total of 135 landslides that accounted for much of the fatalities, while flash floods claimed the lives of many others, including children.

Ram Krishna Shilpakar, a wood architect of Bhaktapur who was among those affected by flooding, told ANI, "It's been about a decade that I am running my business here. On an annual basis, I have been incurring losses of about 30 to 40 thousand."

"Machines stop working after submerged in water, other materials and essentials used for produces gets soaked and damaged. We cannot come and work in such situations which ultimately would increase loss. Also, flood water dumps wastages inside, forcing us to shift to other places."

Krishna Kumar Ranjitkar, also a flood victim, added, "Every single year, that too for over dozen times, we have been facing inundation in the area. We have to go through this situation time and again." 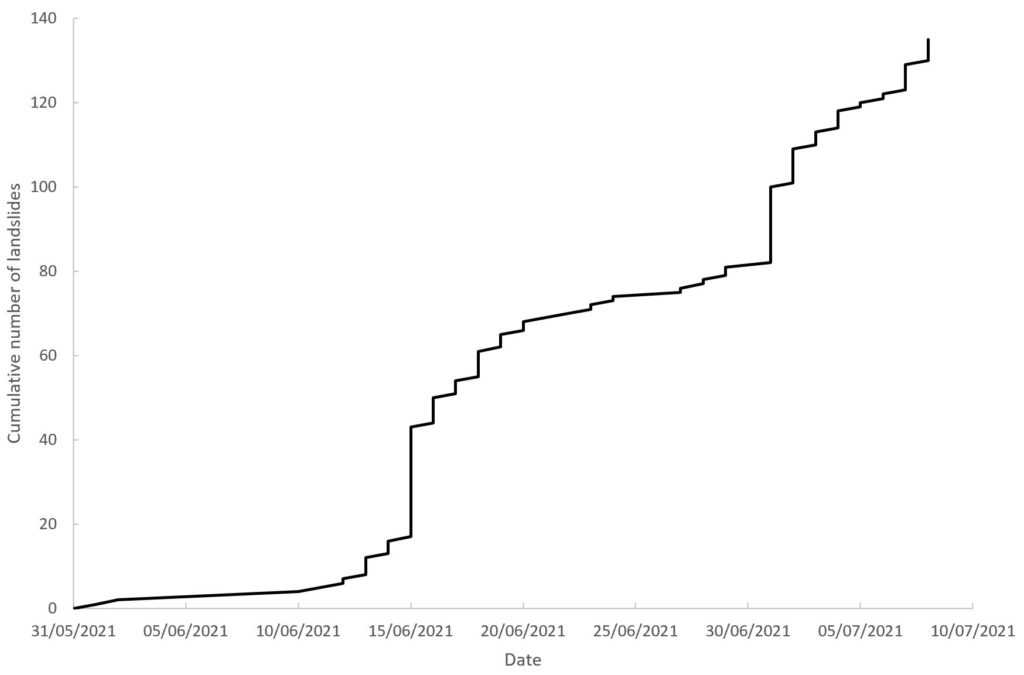 The start of the 2021 summer monsoon in Nepal has brought unusual levels of rainfall. So far at least 27 people have been killed in landslides: https://t.co/N30CoG8E6J Image via Rising Nepal Daily pic.twitter.com/3KtmrYjGaF

Between June 1 and July 8, a total of 135 landslides have occurred in the country, leaving 27 people dead and seven others missing, while 41 sustained injuries. The latest fatalities occurred on July 8 as two people were killed in a mudslide at Dadhiban of Rishing Rural Municipality in Gandaki Province. On the same day, two persons died in separate landslide incidents at Tinau Rural Municipality.

"Poor road building is increasingly identified as being a major factor in the high incidence of landslides in Nepal," wrote Dr. Dave Petley of The Landslide Blog.

In Myagde Rural Municipality, at least 43 houses have been destroyed by floods and landslides in a 24-hour period, also on the same day. Traffic along Prithivi Highway and several other rural roads has been disrupted.

According to Nepal's Meteorological Forecasting Division, heavy monsoon rains will continue until August.