A new flank eruption started at Nyiragongo volcano around 17:15 UTC on Saturday, May 22, 2021, producing fast-flowing lava flows that reached inhabited areas. Hundreds of homes and other structures were destroyed. According to the Toulouse VAAC, volcanic ash cloud rose to an estimated height of 13.7 km (45 000 feet) above sea level by 21:00 UTC. The government held an emergency meeting late Saturday and activated an evacuation plan.

Lava reached the city's airport late Saturday (LT), May 22, and engulfed an unknown number of homes and other structures in nearby villages.

Judging by aerial imagery made by Virunga Alliance early Sunday morning, hundreds of homes were destroyed: 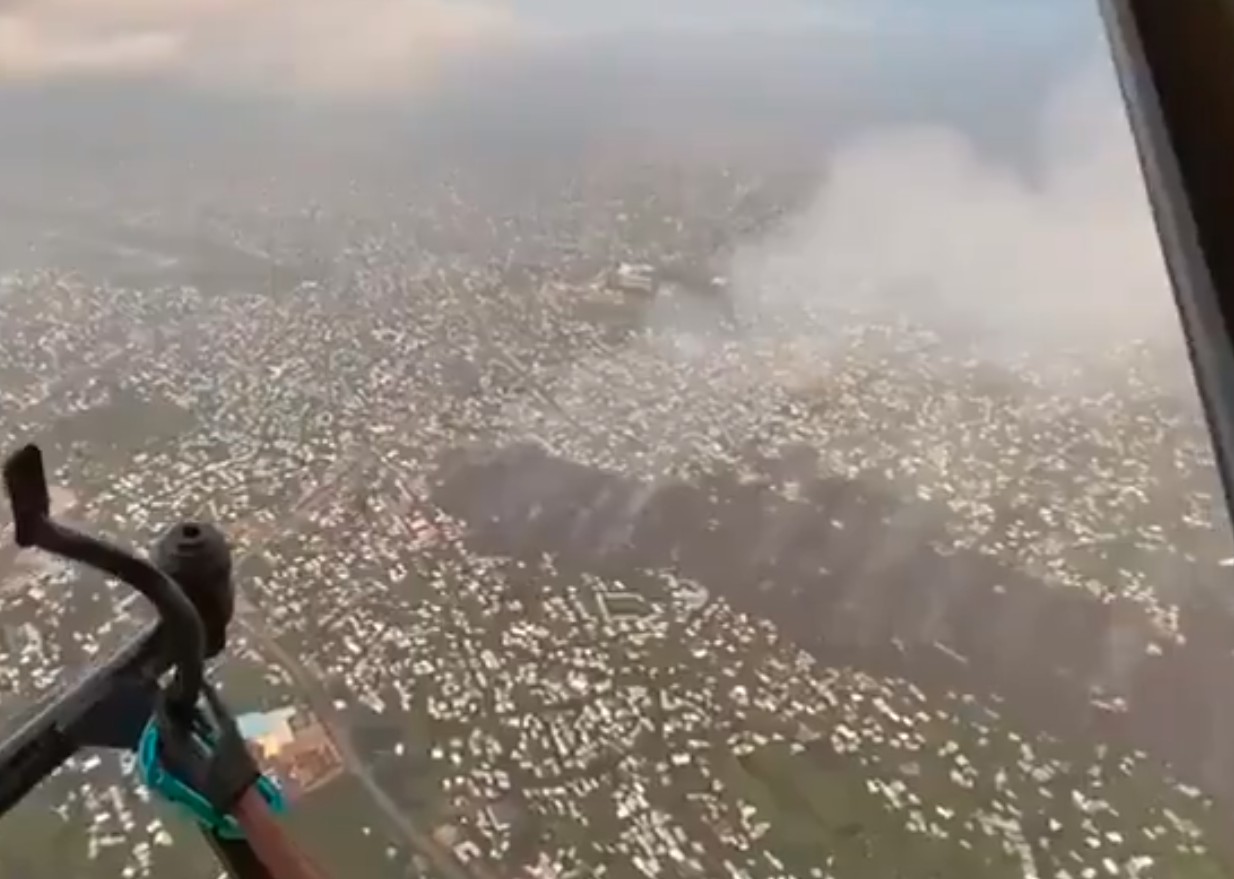 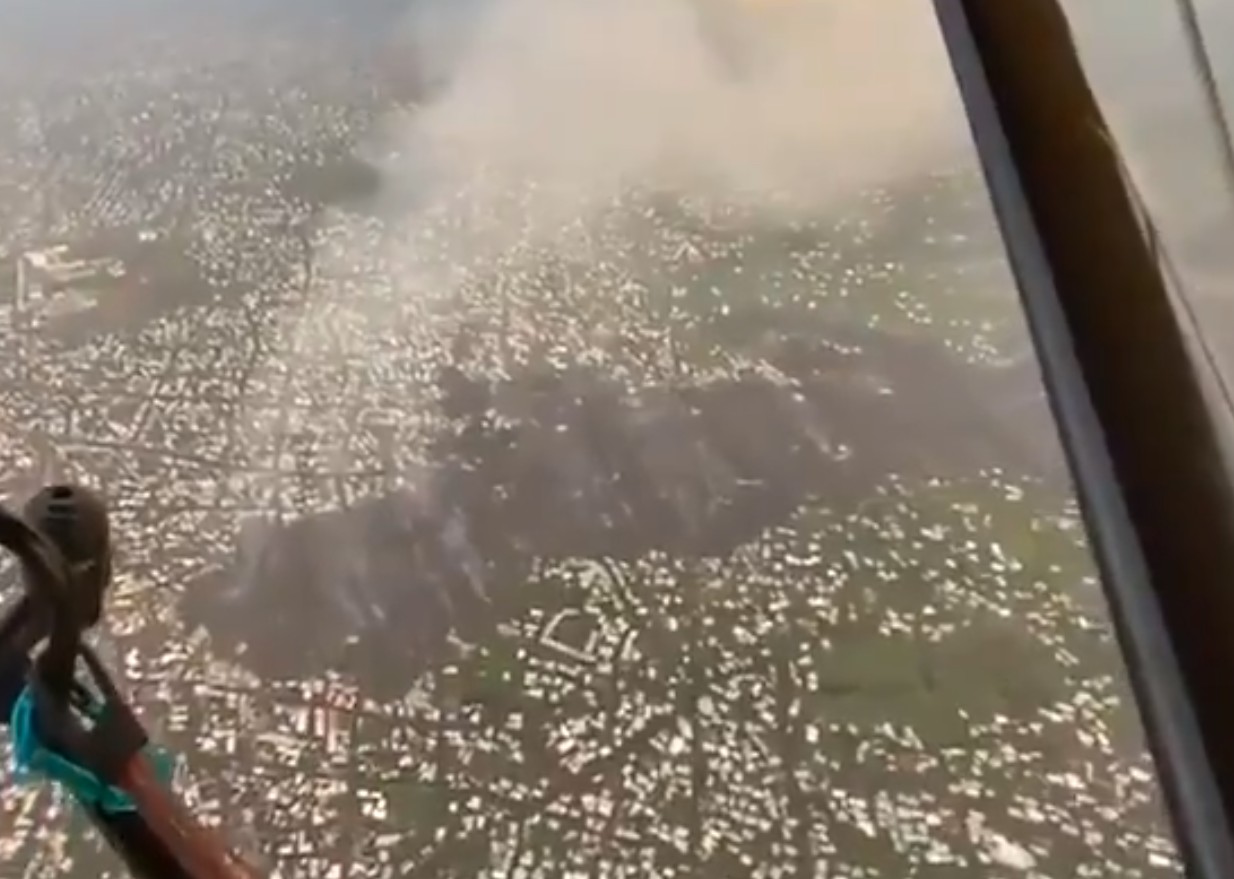 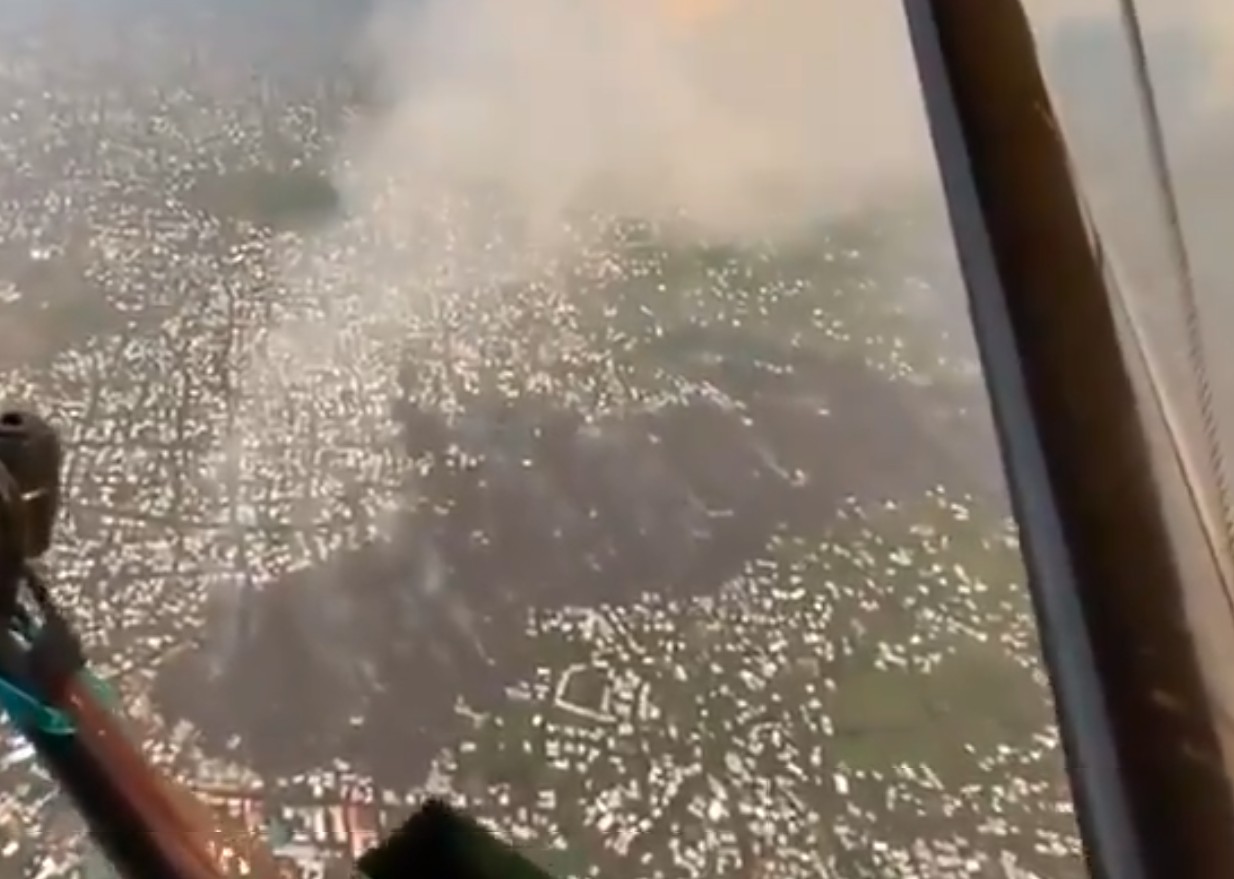 The power is reportedly out across much of the city.

"Goma is now the target," Tedesco told Reuters late Saturday. "It's similar to 2020. I think that lava is going toward the city center," he said.

It's difficult to forecast. It might stop before or go on, Tedesco added.

The government activated an evacuation plan for Goma during an emergency meeting in the capital, Kinshasa.

"We hope that the measures that have been taken this evening will allow the population to reach the points that were indicated to them in this plan," government spokesman Patrick Muyaya said.

Panic spread quickly through the city after a huge glow produced by the eruption.

"We are panicked because we have just seen the entire city covered by a light that is not electricity or lamps," John Kilosho told Reuters. "We don't know what to do. We don't even know how to behave. There is no information."

A Reuters reporter who is at the scene said early Sunday that the smoking trail of lava appeared to have halted a few hundred meters from the edge of the city.

Lava had stopped short of Goma's airport and the city limits but surrounding villages were hit, he said, adding that lava crossed the main road out of Goma, cutting it off from cities to the north and causing traffic chaos.

According to Rwanda's Ministry in Charge of Emergency Management, more than 3 500 people have crossed into the country. They are reportedly in schools and places of worship.

Nyiragongo is known to produce the fastest lava flows on the planet, with speeds exceeding 100 km/h (62 mph).

(From the full report, including events leading up to the eruption)

At least 15 people have been killed, including 9 in traffic accidents as panicked residents tried to evacuate the city of Goma and its suburbs. The total population in this area exceeds 2 million as more than 1.5 million people moved near the volcano over the past 20 years.

Other casualties were four people who tried to escape Munzenze prison and two who were burned to death, government spokesman Patrick Muyaya said in a statement.

Unfortunately, the death toll is expected to rise considerably as many people are still missing, including 170 children. 150 people have reportedly lost contact with their families, according to UNICEF.

At this time, the main lava flow has stopped in the district of Buhene, a few hundred meters away from the city limit, where more than 500 homes and large buildings were buried.

A separate lava flow that headed east over unpopulated terrain towards Rwanda also appeared to have stopped.

While lava flows seem to have stopped, authorities warn that the danger is not over as seismic activity in the area continues, rising the probability of new lava flows.

The extremely fluid 1977 lava flows caused many fatalities, as did lava flows that inundated portions of the major city of Goma in January 2002.