Strong strombolian activity resumed at Etna's Southeast Crater at 00:21 UTC on May 19, 2021, and evolved into the 18th paroxysmal eruptive episode since February 16 and the first since April 1. The entire event lasted about 5 hours.

Strombolian activity intensified at 00:34 UTC today, with a sudden increase of volcanic tremor to high values and ash emissions toward the E. The source of the tremor was localized near the Southeast Crater at a depth of about 2.5 km (1.5 miles) above sea level.

The activity continued intensifying and evolved into a new paroxysmal episode at around 01:17 UTC, producing a small lava flow at 02:35 UTC.

The Aviation Color Code was raised to Red at 01:21 UTC for the first time since April 1.

Scenes from the episode of lava fountaining at #Etna's Southeast Crater early on 19 May 2021, seen from home in Tremestieri Etneo (20 km south of the summit). Real sound, every now and then you can hear the rumbling of the volcano between the birds chirping and singing. pic.twitter.com/0hafH8Qvfn

Lava fountaining ended around 05:16 UTC, while the small lava flow that expanded in the SW direction appeared to be poorly feed.

The Aviation Color Code was lowered to Orange at 05:19 UTC. 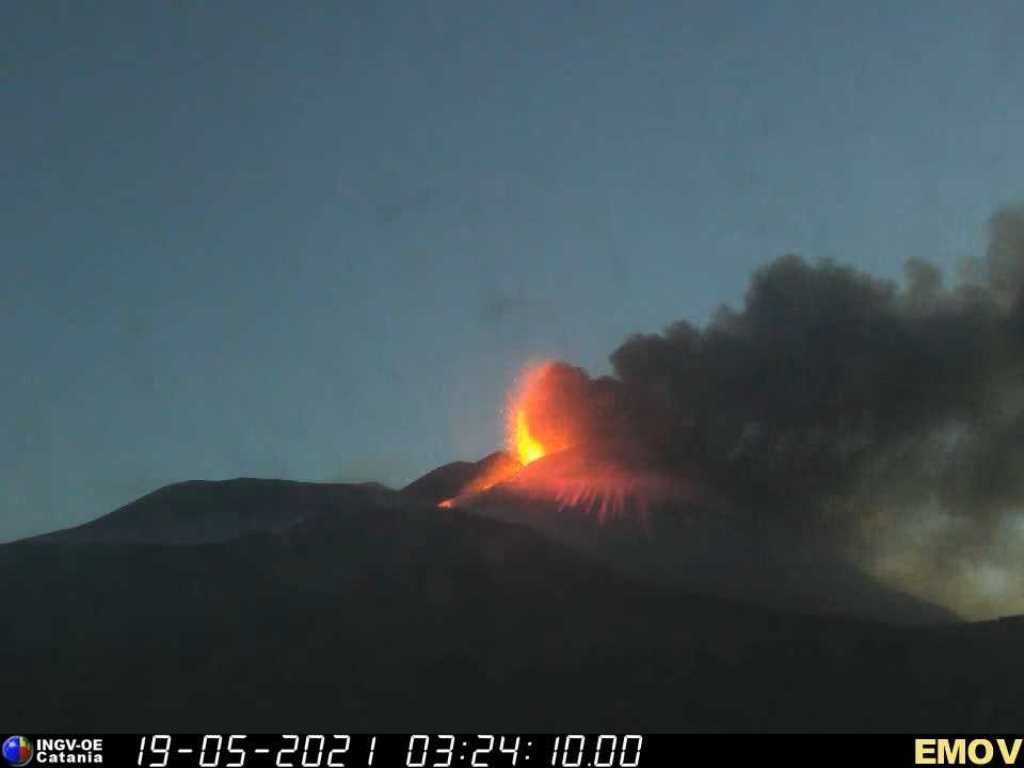 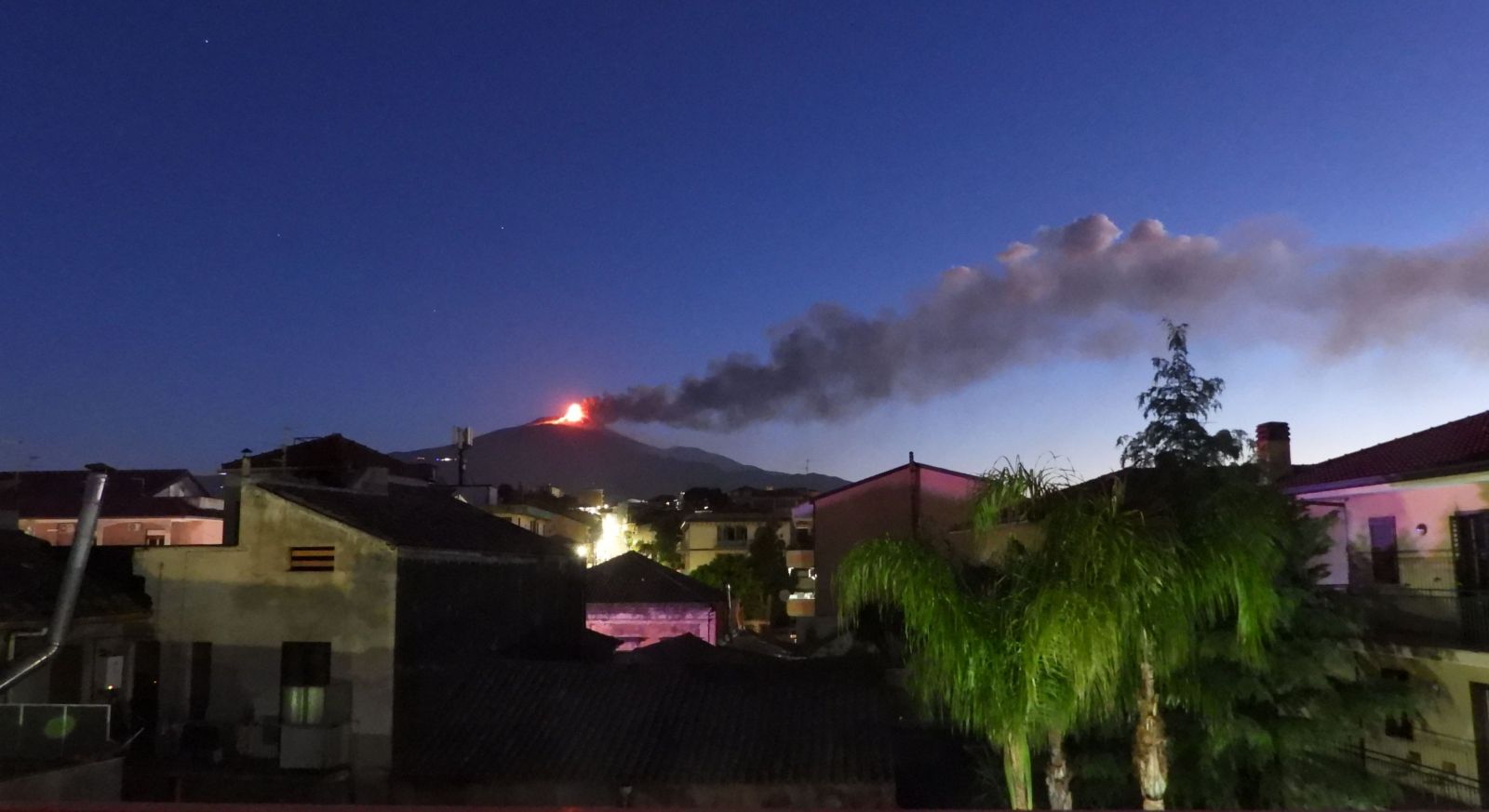 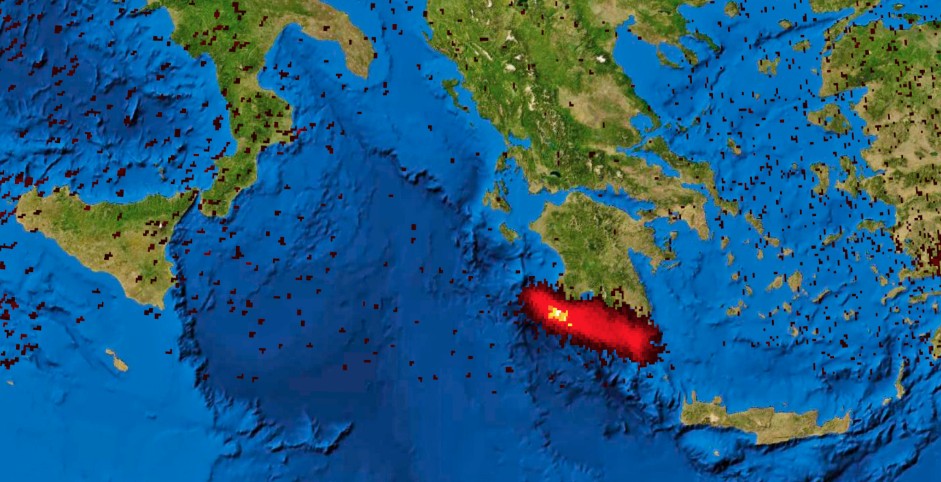 SO2 column produced by the eruption of Etna volcano on May 19, 2021. Credit: Copernicus EU/Sentinel-5P, ADAM Platform, Antonio Vecoli

This was Etna's 1st paroxysmal eruptive episode since April 1 and the 18th since February 16. All of them can be found at the following link: watchers.news/tag/etna.