Observations from NASA's storm-chasing aircraft DC-8 reveal that lightning can produce extremely high concentrations of two major oxidants that help clear the air and the atmosphere.

In May and June 2012, the DC-8 jet flew through the eye of thunderstorms over Oklahoma and Colorado to understand lightning's ability to clean the Earth's atmosphere. The measurements performed are the first in thunderstorms, researcher William H. Brune told Inverse.

The jet measured two oxidants in the storm clouds– one was hydroxyl radical (OH) and the other was hydroperoxyl radical (HO2). The scientists refer to this direct oxidizing process using the formula LHOx. The combined concentration of both oxidants generated by lightning reached up to thousands of parts per trillion in some of the clouds.

"We didn’t expect to see any of this," said Brune, who is an atmospheric scientist at Penn State University. "We shelved the data because it was just so extreme."

"If LHOx is an important source of global OH, then it stands to reason that OH produced by the well-known method– a combination of ozone, water vapor, and UV solar radiation– must be less than is currently assumed."

The oxidation occurring within electrified clouds may ultimately produce up to 12 percent of all hydroxide found worldwide– a finding that shocked the researchers.

"We are surprised by the extreme amounts of OH and HO2 generated in thunderstorm anvils and cores. They are orders of magnitude larger than any previous atmospheric HO2 or OH measurement," Brune continued.

Previous studies mostly focused on lightning's indirect effect on the atmosphere through the production of nitric oxide (NO), which generates OH and the greenhouse gas ozone. The indirect process is vital to the atmosphere's ability to clean itself.

"We are going to need more of this type of interdisciplinary research to better understand LHOx and its potential importance to atmospheric oxidation processes."

Brune continued, "So, understanding global OH and its sensitivity to climate change is a big deal." 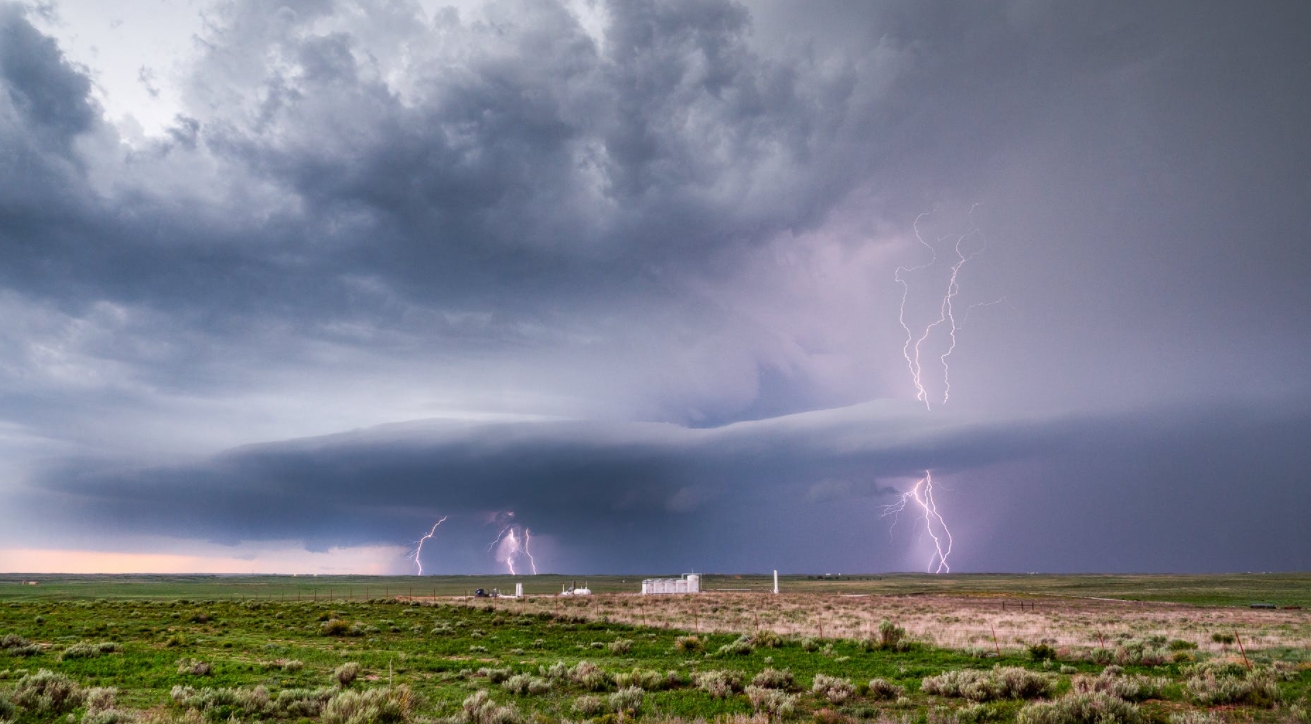 Lightning increases the atmosphere’s ability to cleanse itself by producing nitric oxide (NO), leading to atmospheric chemistry that forms ozone (O3) and the atmosphere’s primary oxidant, the hydroxyl radical (OH). Our analysis of a 2012 airborne study of deep convection and chemistry demonstrates that lightning also directly generates the oxidants OH and the hydroperoxyl radical (HO2). Extreme amounts of OH and HO2 were discovered and linked to visible flashes occurring in front of the aircraft and to subvisible discharges in electrified anvil regions. This enhanced OH and HO2 is orders of magnitude more than any previous atmospheric observation. Lightning-generated OH in all storms happening at the same time globally can be responsible for a highly uncertain but substantial 2-16% of global atmospheric OH oxidation.