The recent data from the Gaia space observatory has allowed astronomers, for the first time, to create a large 3D atlas of widely separated binary stars–1.3 million of them, within roughly 3 000 light-years of Earth.

The atlas, generated by Ph.D. astrophysics student Kareem El-Badry from the University of California, Berkeley, said it would be beneficial for those who study binary stars, which make up at least half of all sunlike stars and exoplanets, stellar evolution, and white dwarfs, in general.

"This is just a massive increase in sample size," the author said. "And it is an increase in what kinds of evolutionary phases we find the binaries in. In our sample, we have 17 000 white dwarfs alone. This is a much bigger census."

El-Badry’s atlas includes 1 400 systems that consist of two white dwarfs and 16 000 binaries that comprise of a white dwarf and another type of star.

El-Badry remarked that with such a huge sample size, it's possible to do population demographics of stellar twins, addressing questions like the distribution of mass ratios of the two stars in all these binary systems, and how the separations are distributed.

"For a white dwarf, in general, it is easy to tell how old it is– not just how old since it became a white dwarf, but what its total age is," the author stated. "You can also measure their masses because white dwarfs have a well-understood mass-radius relation."

Until Gaia was launched by the European Space Agency in 2013 to accurately measure the distances and motions of millions of nearby stars, the only way to detect binaries was to search for stars close together in the sky, which can be tricky.

Ruling out a chance alignment needs lots of observing time to confirm that the two candidates are at the same distance and moving together. Because of the Earth's motion around the Sun, nearby stars appear to change position in the sky, and that can be used to calculate how far away they are.

Gaia conducts this astrometry for all nearby stars in the sky continuously. The space telescope's survey is most useful for stars within roughly 3 000 light-years of the Earth, however, the parallax beyond that is too small to measure. 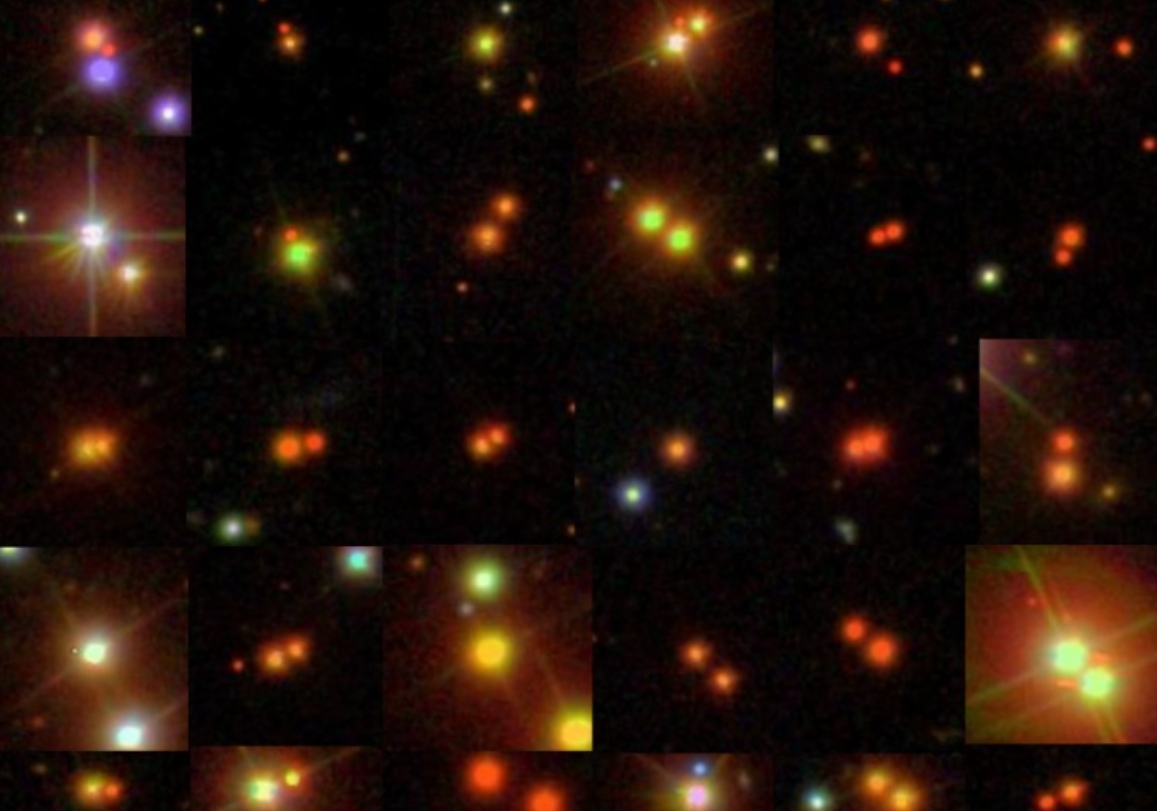 El-Brady looked for binary stars in Gaia after the mission's second release of star measurements in 2018, with the help of his colleagues. They developed computational techniques to identify stars moving together at the distance from the Earth. The team's focus is primarily on wide binaries. 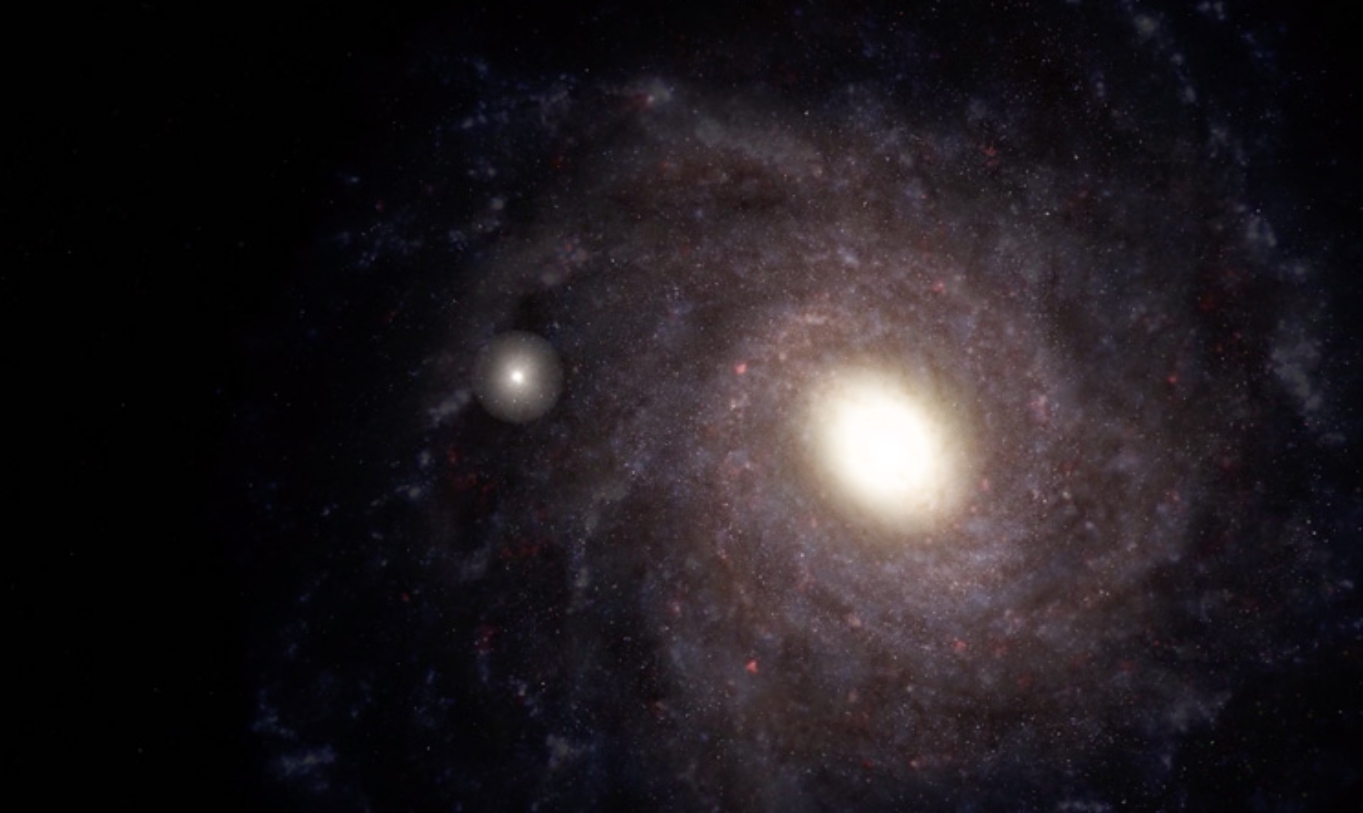 "One thing we already found that is cool– we discovered this with Gaia DR2, but now we can study it better with this sample– is that binaries like to be identical twins," said El-Badry.

"That is really weird, because most of these are separated by hundreds or thousands of AU, so they are so far apart that, by conventional star formation theories, their masses should be random. But the data tells a different story: They know something about their companions’ masses."

We construct from Gaia eDR3 an extensive catalog of spatially resolved binary stars within ≈ 1 kpc of the Sun, with projected separations ranging from a few au to 1 pc. We estimate the probability that each pair is a chance alignment empirically, using the Gaia catalog itself to calculate the rate of chance alignments as a function of observables. The catalog contains 1.3 (1.1) million binaries with >90% (>99%) probability of being bound, including 16,000 white dwarf – main sequence (WD+MS) binaries and 1,400 WD+WD binaries. We make the full catalog publicly available, as well as the queries and code to produce it. We then use this sample to calibrate the published Gaia DR3 parallax uncertainties, making use of the binary components’ near-identical parallaxes. We show that these uncertainties are generally reliable for faint stars (G ≳ 18), but are underestimated significantly for brighter stars. The underestimates are generally ≤30% for isolated sources with well-behaved astrometry, but are larger (up to ∼80%) for apparently well-behaved sources with a companion within ≲ 4 arcsec, and much larger for sources with poor astrometric fits. We provide an empirical fitting function to inflate published σϖ values for isolated sources. The public catalog offers wide ranging follow-up opportunities: from calibrating spectroscopic surveys, to precisely constraining ages of field stars, to the masses and the initial-final mass relation of white dwarfs, to dynamically probing the Galactic tidal field.