Seismologists have discovered a volcanic conduit forming across the Dayoukeng area of the Tatun Volcano Group in northern Taipei, Taiwan. The team also found proof that Tatun volcanoes are still active– if an eruption takes place, the volcanic conduit near Dayoukeng may emit lava, significantly affecting the low-lying area of Jinshan.

Taiwanese scientists discovered that a volcanic conduit– a pipe at the core of a volcano where objects well up from beneath the surface– is forming across Dayoukeng fumarole, which is near the Tianmu and Beitou areas in Taipei.

Led by Dr. Lin Cheng Horng, a scholar from the National Academia Sinica, the research team predicts that the low-lying area of Jinshan would be hit the worst if an eruption happens.

The team also found that volcanic features are still significant in the Tatun Volcano Group– including the emission of gases and heat as well as regular earthquakes between 2014 and 2017. 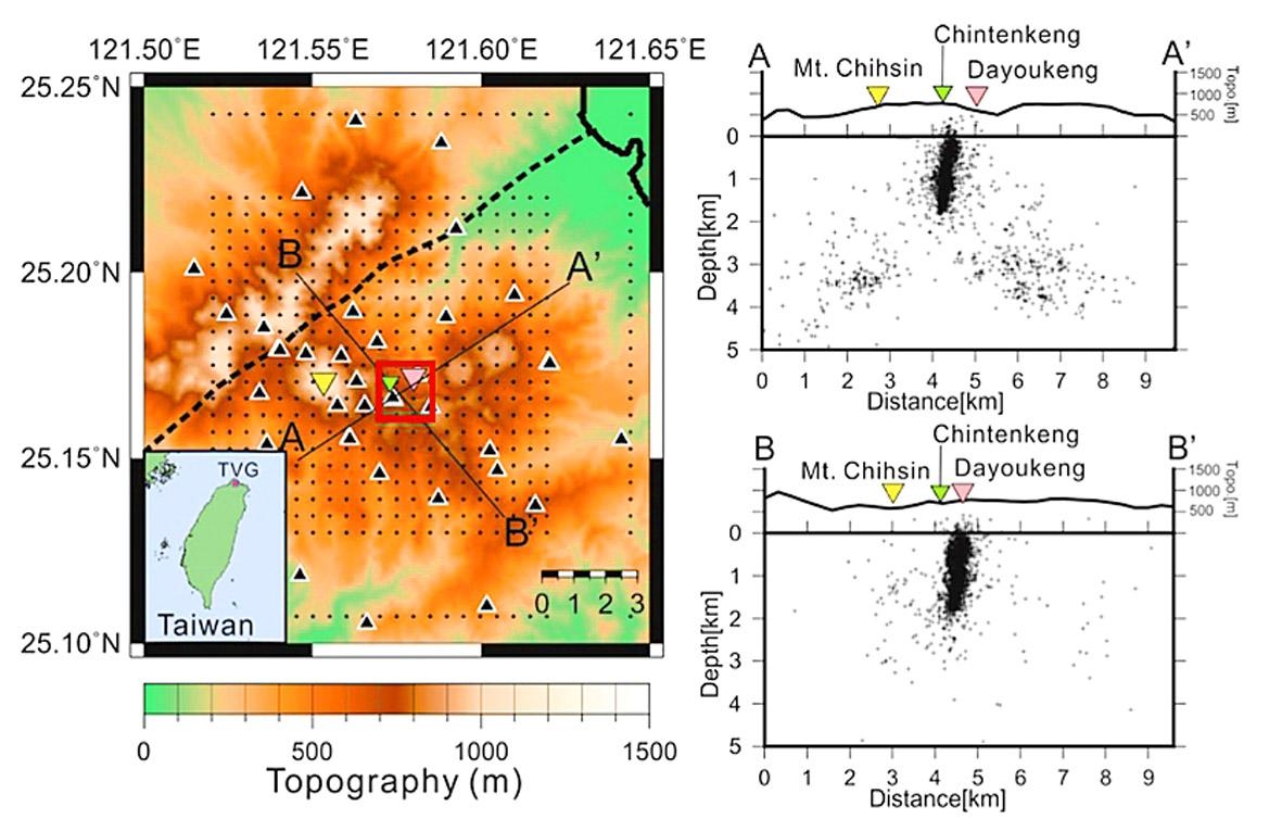 These prove that Tatun volcanoes are active, said the researchers. If there were an eruption, the lava may pour out through a conduit near Dayoukeng, according to Lin.

Knowing the location of the tube allows scientists to monitor the volcanoes and prepare for events.

Lin warned that residents in Tianmu and Beitou should also stay alert and prepare for the worst in the event of an eruption at Dayoukeng.

Meanwhile, Taiwan's Central Weather Bureau is set to implement a volcano monitoring and warning systems by the end of this year, in response to the heightened risk of eruption. The systems will cover Tatun volcanoes in the north and Turtle Island off the northeast coast.

Abundant earthquakes clustered within a particular zone often reflect an active geological feature, such as clustering seismicity along a fault zone and a huge number of volcanic-earthquakes around the erupting conduit. Herein we perform a double-difference tomographic inversion and relocate the seismicity at the long-resting Tatun volcano group (TVG) in northern Taiwan. A dramatic improvement of the earthquake location model surprisingly show that, from 2014 to 2017, two clustered seismic zones are identified in the TVG. One major group of events (>1000) persistently clustered within a ~500 m diameter vertical conduit with a ~2 km height. The clustering seismicity conduit is just located nearby Dayoukeng, one of the strongest fumaroles in the TVG, and is connected to a fracture zone characterized by low Vp/Vs in the shallow crust. The other group of events is clustered within a sphere-like zone beneath Mt. Chihsin around the depths between 0.5 km and 2 km. Both seismic zones are probably triggered by the significantly volcanic gases and fluids ascending from the deep magma reservoir. Combined with a variety of results from literature, the seismicity conduit near the strong fumarole is the evidence for an active volcano and also identifies a likely pathway for ascending magma if the TVG erupts again in the future. But possibility of developing different magma pathways at other clustered seismic zones such as beneath Mt. Chihsin may not be totally excluded.