The Alaska Volcano Observatory (AVO) is recording increased earthquake activity at Makushin volcano over the past 2 weeks. In response, the observatory raised the Aviation Color Code to Yellow on June 15 and plans to continue close monitoring of seismic activity, ground deformation, and gas emissions over the coming weeks. The last eruption of this volcano took place in 2005 (VEI 1). A powerful VEI 5 eruption took place in 6100 BCE ± 50 years. Although no large eruptions have occurred in this century, small-to-moderate explosive eruptions have been recorded at Makushin since 1786.

All of the earthquakes are clustered about 10 km (6 miles) east of the summit of the volcano at a depth of about 8 km (5 miles).

The exact cause of this increased earthquake activity, in terms of possible volcanic or tectonic processes, is uncertain at this time, AVO said.

They may be related to the movement of magma beneath the east side of Makushin Volcano, interactions between an earthquake fault and the nearby geothermal field, the activation of more than one fault in this area, or a combination of these scenarios.

Because of the distance and depth of the locations of the earthquakes from the summit of the volcano, and the absence of other forms of volcanic unrest such as increased steaming, gas emission, or ground deformation, there is no indication that the present earthquake sequence will necessarily lead to a volcanic eruption, the observatory added.

The volcano is monitored with a network of seismic instruments, web camera, GPS, satellite data, and regional infrasound and lightning detection instruments. The community of Unalaska and port of Dutch Harbor are located 25 km (16 miles) east of Makushin volcano. 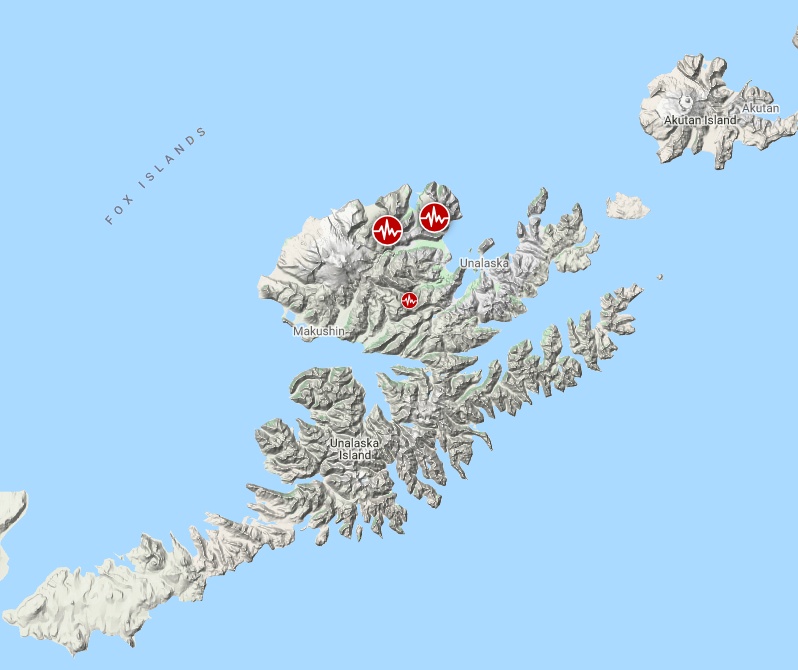 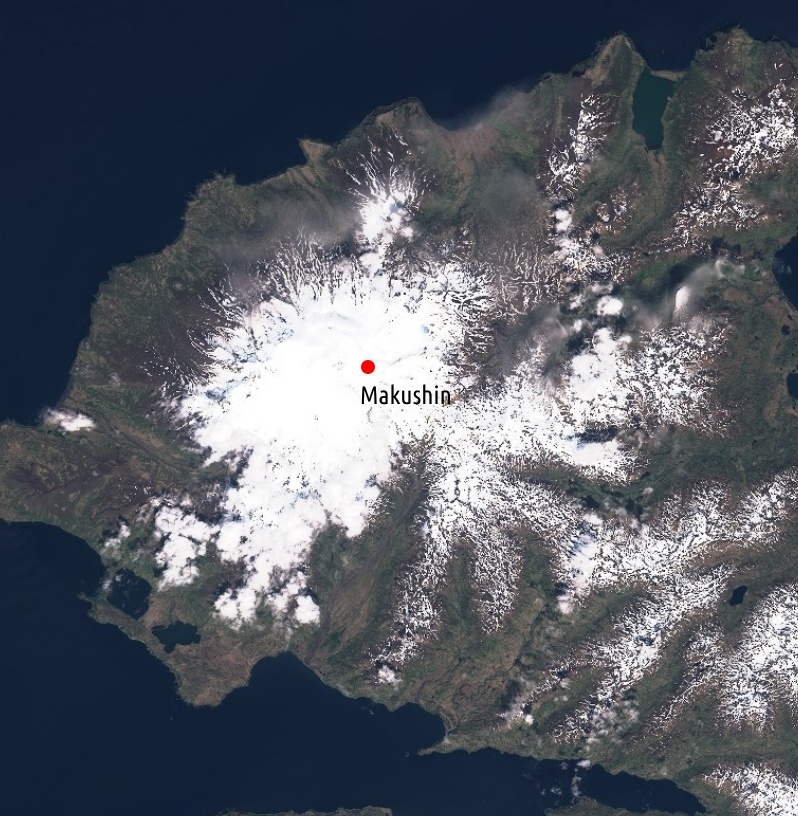 The ice-covered, 1800 m (5 905 feet) high Makushin volcano on northern Unalaska Island west of the town of Dutch Harbor is capped by a 2.5 km (1.5 miles) wide caldera. The broad, domical structure of Makushin contrasts with the steep-sided profiles of most other Aleutian stratovolcanoes.

Much of the volcano was formed during the Pleistocene, but the caldera (which formed about 8 000 years ago), Sugarloaf cone on the ENE flank, and a cluster of about a dozen explosion pits and cinder cones at Point Kadin on the WNW flank, are of Holocene age.

A broad band of NE-SW-trending satellitic vents cuts across the volcano. The composite Pakushin cone, with multiple summit craters, lies 8 km (5 miles) to the SW of Makushin.

Frequent explosive eruptions have occurred during the past 4 000 years, sometimes accompanied by pyroclastic flows and surges. Geothermal areas are found in the summit caldera of Makushin and on the SE and eastern flanks of the volcano. They represent the largest and most investigated high-temperature geothermal resources in Alaska. Small-to-moderate explosive eruptions have been recorded at Makushin since 1786.