Intense earthquake swarm which started at the mouth of Eyjafjörður at the Tjörnes Fracture Zone on June 19 continues, with about 9 000 earthquakes detected by the Icelandic Meteorological Office (IMO) by July 1.

Kristín Jónsdóttir, IMO's Earthquakes Hazards Officer said this is the largest earthquake swarm in the Tjörnes Fracture Zone recorded in the past 40 years.

"It is very difficult to say when the swarm will end," she said. "The behavior is episodic, we record hundreds of earthquakes in a few hours and then it becomes quiet and all of a sudden it starts again. The last swarm in 2012 was ongoing for a few weeks. Let's hope we only have a few weeks to go."

There is a considerable risk of rock crashes and landslides from steep slopes in the region, IMO's landslides specialist Jón Kristinn Helgason warned. It is important that travelers to the mountains and those who are traveling in the steep country are aware of this danger.

"When several large earthquakes occur one after the other as has happened in this cycle, larger landslides are likely on unstable slopes." 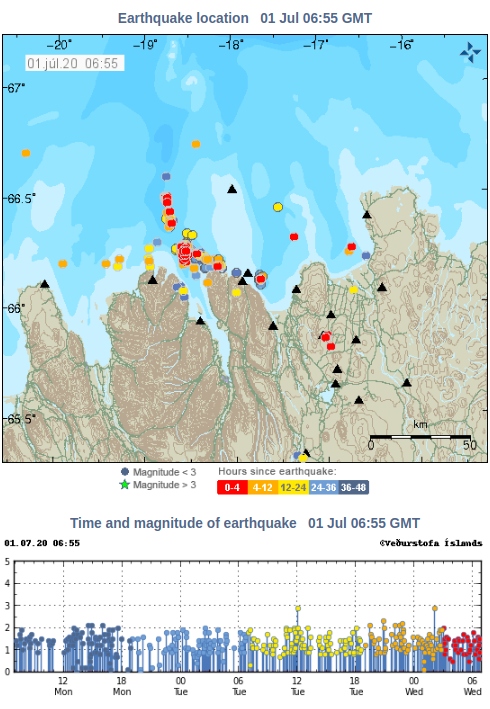 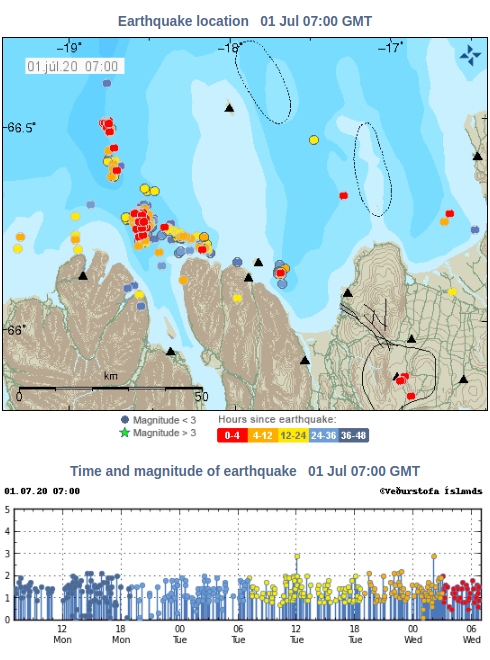 IMO is still investigating the cause of earthquakes.

They are shallow so it could be that they are related to geothermal production in the region, as they are located near a geothermal power plant, Jónsdóttir said.

A submarine eruption was reported during 1867-1868 at the SE part of the fissure system off the northern coast of Iceland along the Manareyjar Ridge immediately north of Manareyjar Island. (GVP)