Geologists have found a remnant of an ancient lost continent off the coast of Baffin Island in Canada. After studying the samples, the team of scientists identified a fragment of the North Atlantic Craton– an ancient continental crust from millions of years ago that stretched from Labrador to Scotland.

The researchers were investigating pieces of kimberlite– igneous rocks that may contain diamonds– when they noticed that the samples have a mineral signature corresponding to other fragments of the craton. Cratons are billion-year-old, stable blocks of the Earth's crust commonly found in the middle of tectonic plates, which form the basis of continents.

Study lead author and geologist Maya Kopylova from the University of British Columbia explained that kimberlites are subterranean objects that pick up solid chunks of wall rocks toward the surface. These rocks, on the other hand, hold details about the conditions far beneath the surface of the Earth over time.

In this case, researchers said kimberlite rocks such as their sample, formed at depths below 150 km (93 miles), and were lifted to the surface by both chemical and geological forces.

When the team started analyzing samples from a De Beers Chidliak Kimberlite Province property in southern Baffin Island, they found that the wall rocks were one of a kind. 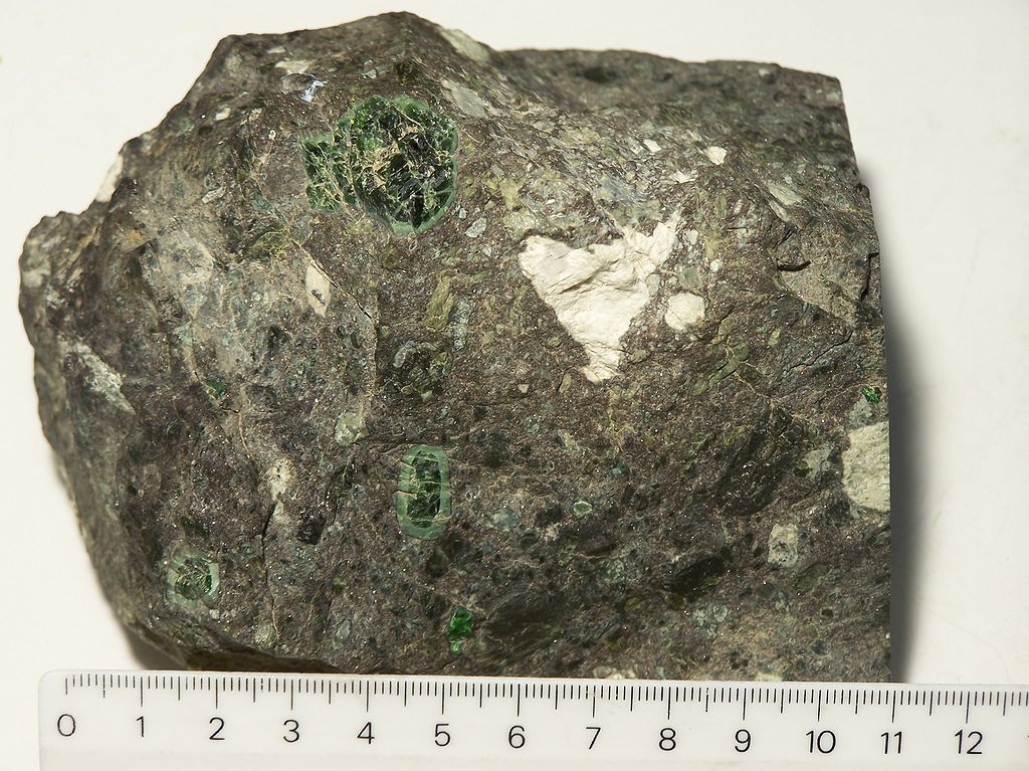 "The mineral composition of other portions of the North Atlantic craton is so unique there was no mistaking it," said Kopylova.

"It was easy to tie the pieces together. Adjacent ancient cratons in Northern Canada– in Northern Quebec, Northern Ontario and in Nunavut– have completely different mineralogies."

Kopylova added that discovering these lost remnants is like "finding a missing piece of a puzzle." She continued, "The scientific puzzle of the ancient Earth can't be complete without all of the pieces."

150 million years ago, the North Atlantic craton's continental plate drifted into fragments. The newly-found remnant adds about 10 percent to the known expanse of the craton.

"With these samples, we're able to reconstruct the shapes of ancient continents based on deeper, mantle rocks," said Kopylova.

"We can now understand and map not only the uppermost skinny layer of Earth that makes up one percent of the planet's volume, but our knowledge is literally and symbolically deeper. We can put together 200 km (124 miles) deep fragments and contrast them based on the details of the deep mineralogy." 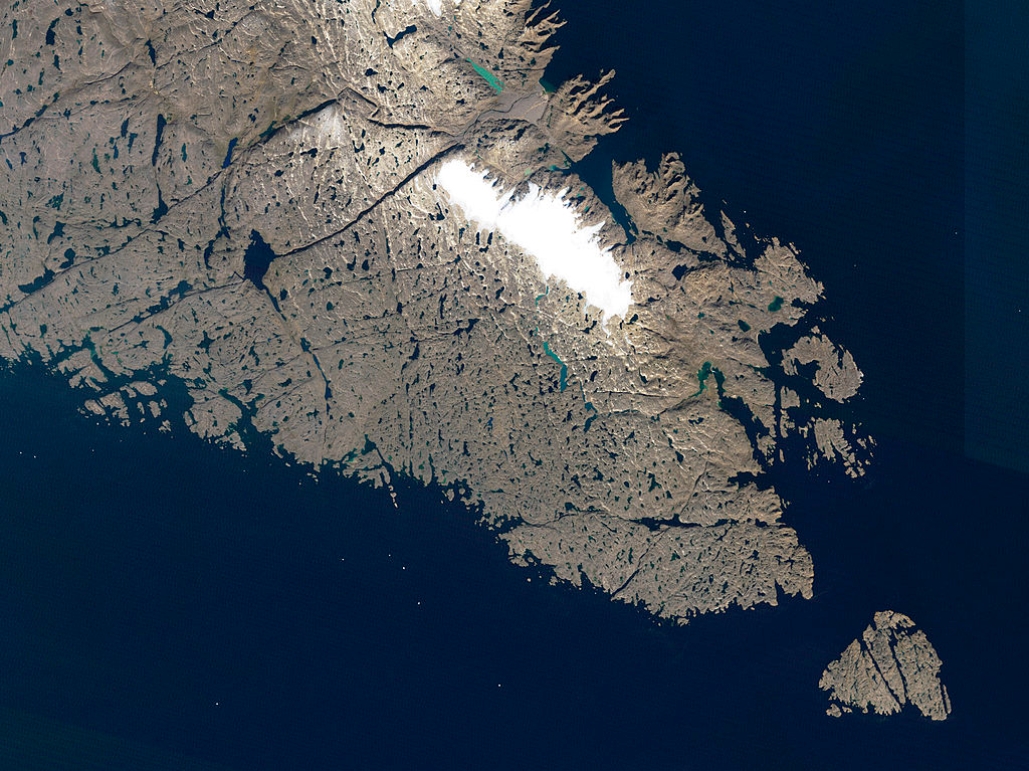 The researchers said this is the first time geologists were able to reconstruct the size and location of ancient continents by studying rocks deep down the mantle.

"Our partner companies demonstrate a lot of goodwill by providing research samples to UBC, which enables fundamental research and the training of many grad students," Kopylova remarked.

"In turn, UBC research provides the company with information about the deep diamondiferous mantle that is central to mapping the part of the craton with the higher changes to support a successful diamond mine."

We studied the petrography, mineralogy, thermobarometry and whole-rock chemistry of 120 peridotite and pyroxenite xenoliths collected from the 156 – 138 Ma Chidliak kimberlite province (Southern Baffin Island). Xenoliths from pipes CH-1, -6, -7 and -44 are divided into two garnet-bearing series, dunites-harzburgites-lherzolites and wehrlites – olivine pyroxenites. Both series show widely varying textures, from coarse to sheared, and textures of late formation of garnet and clinopyroxene. Some samples from the lherzolite series may contain spinel, while wehrlites may contain ilmenite. In CH-6, rare coarse samples of the lherzolite and wehrlite series were derived from P = 2.8-5.6 GPa, while predominant sheared and coarse samples of the lherzolite series coexist at P = 5.6-7.5 GPa. Kimberlites CH-1, -7, -44 sample mainly the deeper mantle, at P = 5.0-7.5 GPa, represented by coarse and sheared lherzolite and wehrlite series. The bulk of the pressure-temperature arrays defines a thermal state compatible with 35-39 mW/m2 surface heat flow, but a significant thermal disequilibrium was evident in the large isobaric thermal scatter, especially at depth, and in the low thermal gradients uncharacteristic of conduction. The whole rock Si and Mg contents of the Chidliak xenoliths and their mineral chemistry reflects initial high levels of melt depletion typical of cratonic mantle and subsequent refertilization in Ca and Al. Unlike the more orthopyroxene-rich mantle of many other cratons, the Chidliak mantle is rich (∼83 vol.%) in forsteritic olivine. We assign this to silicate-carbonate metasomatism, which triggered wehrlitization of the mantle. The Chidliak mantle resembles the Greenlandic part of the North Atlantic Craton suggesting the former contiguous nature of their lithosphere before subsequent rifting into separate continental fragments. Another, more recent type of mantle metasomatism, which affected the Chidliak mantle, is characterized by elevated Ti in pyroxenes and garnet typical of all rock types from CH-1, -7 and -44. These metasomatic samples are largely absent from the CH-6 xenolith suite. The Ti imprint is most intense in xenoliths derived from depths equivalent to 5.5 to 6.5 GPa where it is associated with higher strain, the presence of sheared samples of the lherzolite series and higher temperatures varying isobarically by up to 200 °C. The horizontal scale of the thermal-metasomatic imprint is more ambiguous and could be as regional as 10 s of kilometers or as local as < 1 km. The time-scale of this metasomatism relates to a conductive length-scale and could be as short as < 1 Myr, shortly predating kimberlite formation. A complex protracted metasomatic history of the North Atlantic Craton reconstructed from Chidliak xenoliths matches emplacement patterns of deep CO2-rich and Ti-rich magmatism around the Labrador Sea prior to the craton rifting. The metasomatism may have played a pivotal role in thinning the North Atlantic Craton lithosphere adjacent to the Labrador Sea from ∼240 km in the Jurassic to ∼65 km in the Paleogene.