Storm Elsa is affecting parts of southern Europe, including Spain, Portugal and France, since December 18, 2019, with very heavy rain and strong winds, damaging buildings, cutting power supply and shutting down roads.  A second storm, named Fabian, is expected to impact the region over this weekend. At least 8 people have been killed, 6 in Spain and 2 in Portugal.

In southern France, nearly 140 000 people have been left without power, while 3 people were injured and 17 others were evacuated from a building that had its roof ripped off by high winds.

Latest satellite image loop as #StormElsa moves through. Winds are peaking on West coast now and will start to ease in next hour. High tide in Galway was 22:10 so waters should start to reduce too. An awful day but it has nearly passed. pic.twitter.com/3lgQfRi6KJ

#Iberia – 21/12 – a snapshot of yesterday, Friday's, total rainfall – with wettest by a long shot #Grazalema #Cadiz with 286.9mm, recording over 20mm/hr over several hours and with an additional 75.9mm totting up since midnight last night!#StormElsa #BorrascaElsa pic.twitter.com/BXA8YMz28m 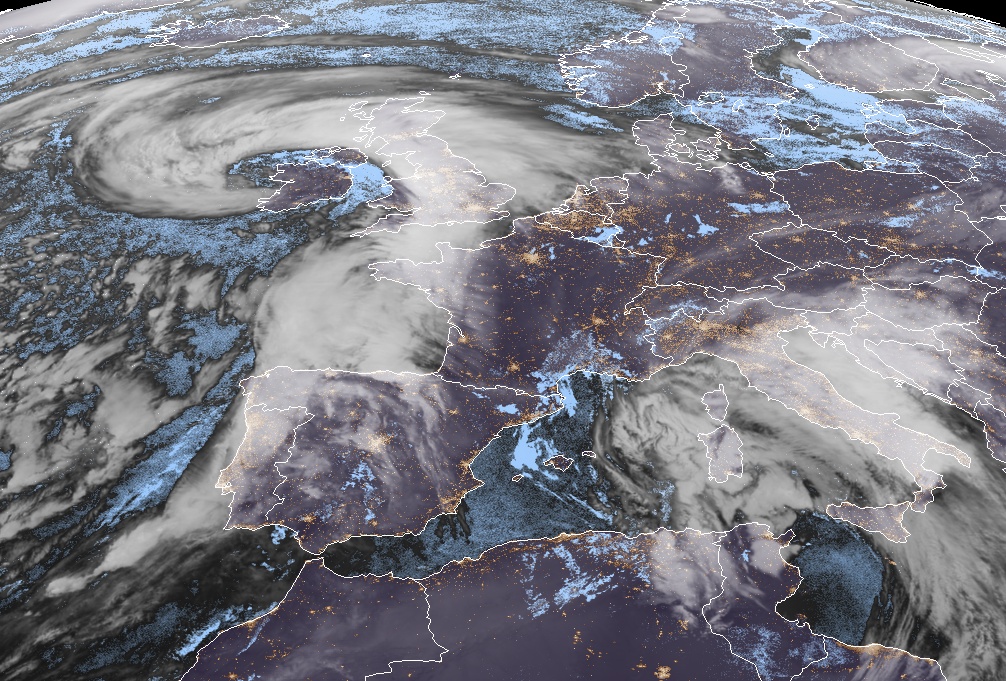 One person died in northern Portugal on December 19 when his house collapsed. Another one died near Lisbon when a tree crushed his truck.

A second storm, named Fabian, is expected to impact the region over this weekend with even higher wind speeds, and possibly leading to more damage in southern Europe.

The same system bringing unsettled weather to southern parts of the UK, is likely to be even more impactful across the north of Iberia and western France. Here damaging winds are possible later, with very heavy rain, before conditions improve on Sunday pic.twitter.com/0Nv39gzTtW

J*sus, it got even worse after that (after the last video I posted). Poor people coming out of the cinema to discover their cars in flooded car park. #StormElsa #Salthill #Galway @endacunningham @declanvarley @deric_tv @villagesalthill pic.twitter.com/EOMyQUljBe

Such respect for all the members of the search and rescue teams out tonight – doing incredible work keeping people safe in these dangerous conditions #StormElsa pic.twitter.com/21RKvODZXd