Earth is under the influence of a positive polarity coronal hole high speed stream (CH HSS). This is causing G1 – Minor to G2 – Moderate geomagnetic storming.

Solar wind parameters were at background levels until about 06:00 UTC on October 24 when co-rotating interaction region (CIR) ahead of a positive polarity CH HSS, began interacting with Earth's magnetosphere, causing enhancements in the solar wind environment, SWPC forecasters said.

At 10:30 UTC on October 24, solar wind speeds increased to near 500 km/s, total field reached 14 nT, and the Bz component saw a maximum southward deflection to -12 nT. Phi remained mostly negative until just after 11:00 UTC, when it rotated into a mostly positive orientation.

Wind speeds eventually reached near and over 600 km/s as CH HSS effects increased toward the end of the UTC day and into October 25. 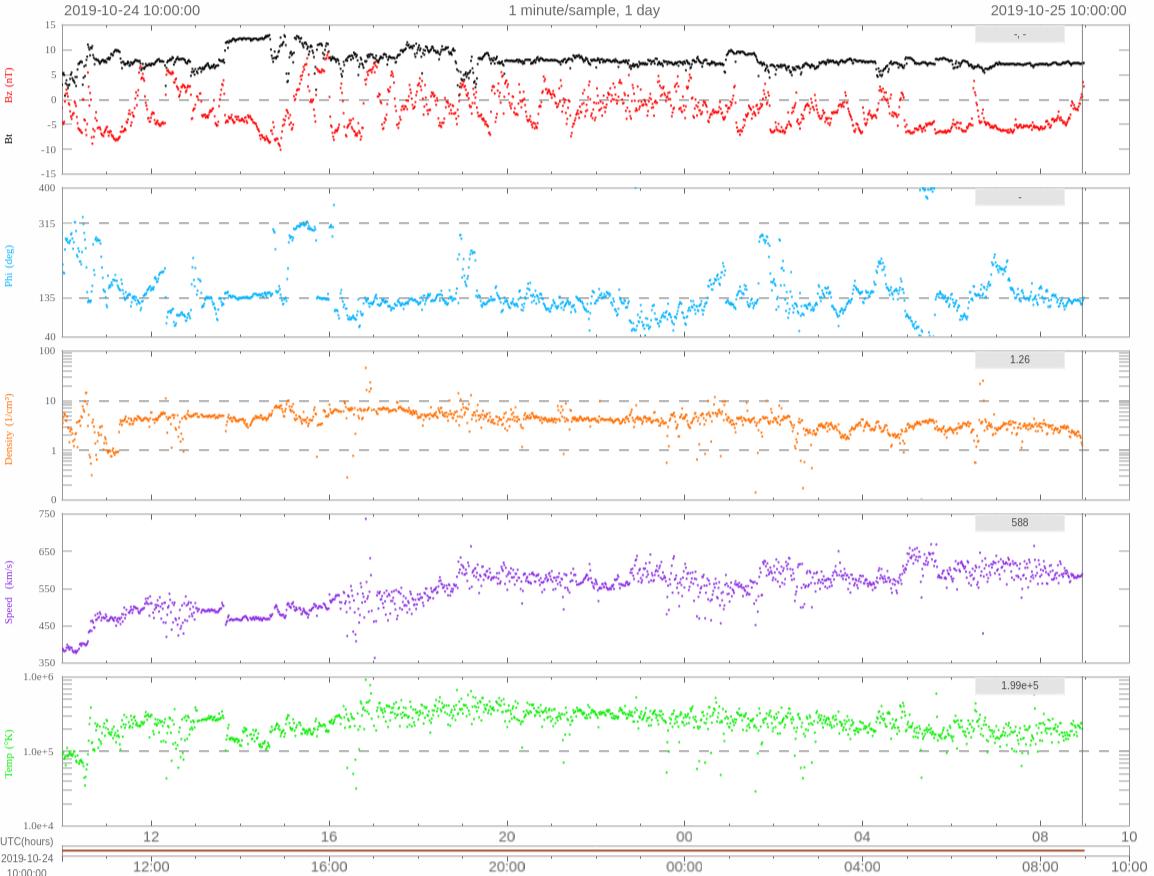 Solar wind parameters are expected to remain enhanced on October 25 and to begin to taper off on October 26 and 27 as the CH HSS moves out of geoeffective position. 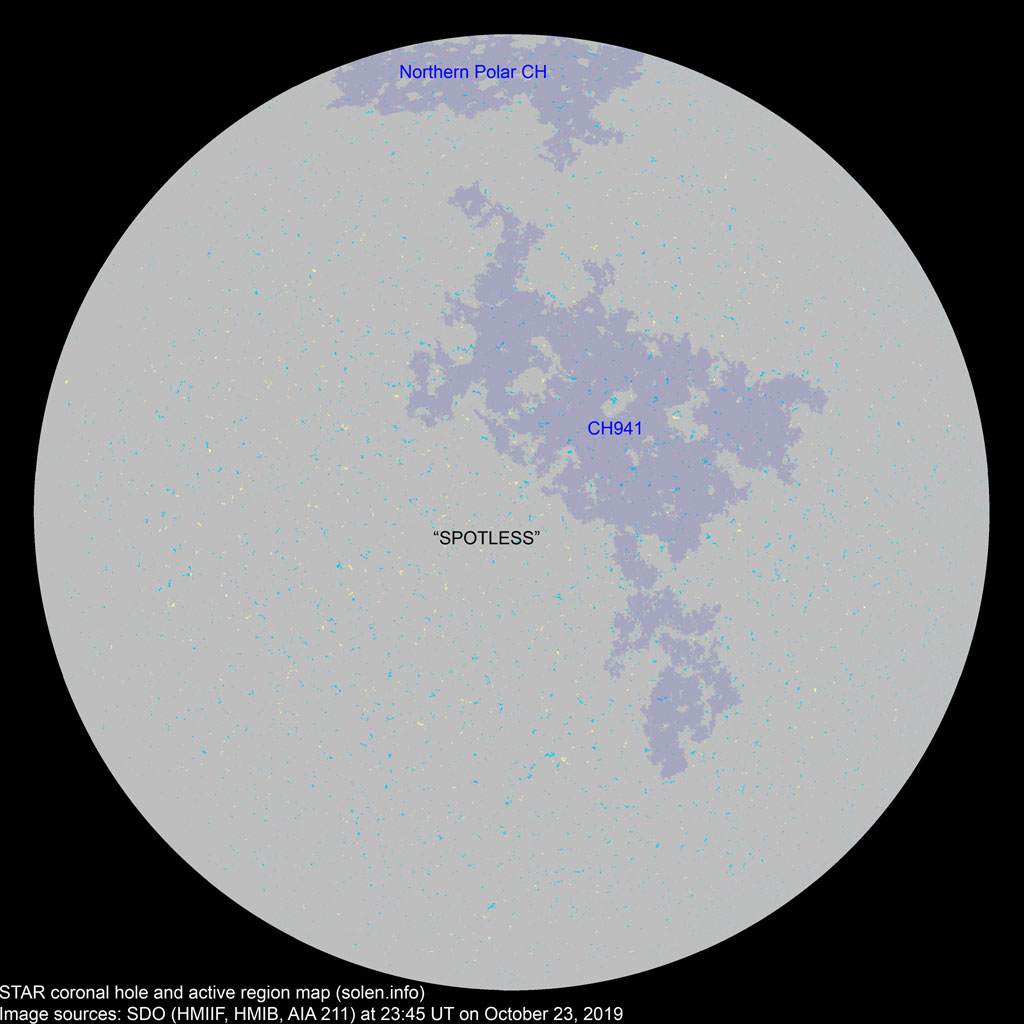 There are no active regions on the Earth side of the Sun for 22 consecutive days, as of October 25. We had a total of 221 spotless days since the start of the year (74 percent). We are in a deep solar minimum.