The swarm is located around 28 km (17 miles) WNW of Kópasker and Icelandic Met Office's (IMO) seismic network has detected roughly 500 earthquakes since it started, IMO reported 12:48 UTC on October 21.

The IMO said it has received reports of the largest earthquakes being felt in nearby towns. 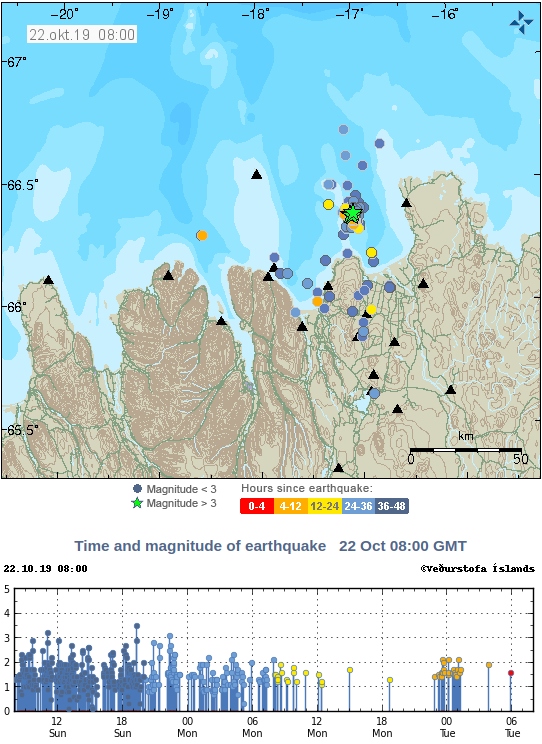 The seismic swarm is located at the Tjörnes Fracture Zone where an intense swarm occurred in March this year.

Around 2 600 earthquakes were measured during one week in March by IMO‘s seismic network. The largest earthquake in that swarm was M4.2. The earthquakes were located closer to Kópasker or around 6 km (3.7 miles) SW of the town.

A submarine eruption was reported from 1867 to 1868 at the SE part of the fissure system off the northern coast of Iceland along the Manareyjar Ridge immediately north of Manareyjar Island.