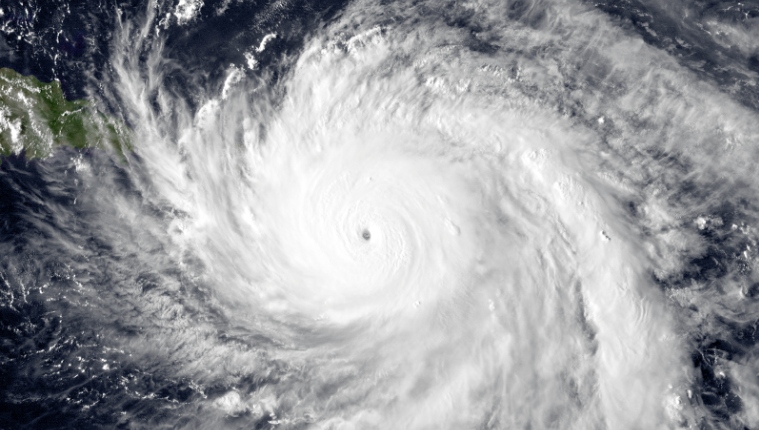 A study published on October 14, 2019, shows a new geophysical phenomenon where a heavy storm can trigger seismic events in the nearby ocean as powerful as a 3.5 magnitude earthquake. Lead author Wenyuan Fan, an assistant professor of Earth, Ocean and Atmospheric Science said they call this phenomenon a "stormquake".

"This involves coupling of the atmosphere-ocean and solid earth. During a storm season, hurricanes or nor'easters transfer energy into the ocean as strong ocean waves, and the waves interact with the solid earth producing intense seismic source activity," said Fan.

The researchers examined nearly a decade of seismic and oceanographic records from September 2006 to February 2019. From there, they discovered a link between potent storms and extreme seismic activity near the edge of ocean banks. The team found evidence of over 10 000 stormquakes from 2006 to 2019 offshore of New England, Florida, Gulf of Mexico, Nova Scotia, Newfoundland, and British Columbia.

"We can have seismic sources in the ocean just like earthquakes within the crust," Fan stated. "The exciting part is seismic sources caused by hurricanes can last from hours to days."

Fan, along with his colleagues, came up with a novel approach to track seismic events and identify whether one is a stormquake. It must happen during a stormy day and it must meet other geophysical standards to know the robustness of the connection between the seismic event and the storm. Furthermore, earthquakes and other seismic events must be ruled out.

The researchers cited Hurricane "Bill" as an example. The Atlantic hurricane happened on August 15, 2009, which hit Newfoundland as a tropical storm but developed into a Category 4 hurricane. It weakened into a Category 1 hurricane when it reached offshore on August 22, 2009. A number of seismic events were recorded off the New England and Nova Scotia coasts when the hurricane touched down, which resulted in transcontinental surface waves.

In a similar manner, 2008 Hurricane "Ike" produced a stormquake in the Gulf of Mexico. 2011 Hurricane "Irene" also did the same near Little Bahama Bank, offshore Florida.

However, the researchers noted that not all hurricanes produce stormquakes as there are hotspots. For instance, Hurricane "Sandy" did not spawn any stormquakes. This indicates that local oceanographic features and seafloor topography have something to do with the occurrence of stormquakes.

"We have lots of unknowns," Fan said. "We weren't even aware of the existence of the natural phenomenon. It really highlights the richness of the seismic wavefield and suggests we are reaching a new level of understanding of seismic waves."

Seismic signals from ocean‐solid Earth interactions are ubiquitously recorded on our planet. However, these wavefields are typically incoherent in the time domain limiting their utilization for understanding ocean dynamics or solid Earth properties. In contrast, we find that during large storms such as hurricanes and Nor'easters the interaction of long‐period ocean waves with shallow seafloor features located near the edge of continental shelves, known as ocean banks, excites coherent transcontinental Rayleigh wave packets in the 20 to 50 s period band. These “stormquakes” migrate coincident with the storms, but are effectively spatiotemporally focused seismic point sources with equivalent earthquake magnitudes that can be greater than 3.5. Stormquakes thus provide new coherent sources to investigate Earth structure in locations that typically lack both seismic instrumentation and earthquakes. Moreover, they provide a new geophysical observable with high spatial and temporal resolution with which to investigate ocean wave dynamics during large storms.