Heavy rains and floods have affected most parts of the Southern Region in Malawi, following the formation of a tropical disturbance over the Mozambique Channel earlier in the week. At least 13 districts have been impacted, with Nsanje and Phalombe hardest hit, UN OCHA reports. More heavy rain is expected over the region in the days ahead.

"Thousands of people have been displaced and a good number of people reported missing and others feared dead in the southern part of Malawi due to a heavy downfall of rain that started on March 5, 2019," the government of Malawi said March 7 and declared a State of Disaster in areas worst hit by rains and floods.

Parts of the country saw as much as 160 mm (6.3 inches) of rain in 24 hours to March 7 as a low pressure system moved into southern Malawi.

According to initial reports, at least 115 000 people have been affected, 23 were killed, 29 injured and 12 remain missing. These numbers are expected to rise in the days ahead as assessment teams reach additional areas and further information becomes available.

Update: The death toll reached 56 by the end of the week.

Heavy rains in southern & central parts of Malawi have caused flooding and rivers to overflow, in particular the Shire River in Chikwawa, where local media say 6 people have died
These before/after #Sentinel1 clearly show the extent of the floods (animation and source below) pic.twitter.com/aAOYtxi8wF

Photos of flooded areas in the community trading centre and village in Nkando, Mulanje #Malawi pic.twitter.com/WstwvIzLRi

The weather in #Malawi aint treating us good…we are scared! pic.twitter.com/cQUoxlhRZ1

#Malawi. #Malawifloods. Video. #MalawiFloods2019. 23 people killed and many more missing in Malawi due to heavy rains and flooding. pic.twitter.com/nzzw6pMCZT

#Malawi: 23 people killed in #floods caused by incessant downpours across the country. pic.twitter.com/RrXR5PKCf2

The Electricity Generation Company (EGENCO) has said that around 270 megawatts of Malawi's 320 megawatts of available hydropower capacity were offline.

"We have stopped all machines at major power stations like Nkula and Kapichira due to flooding and excessive debris at the power stations," a statement released by the company said.

Following the shutdown, most parts of the country are experiencing continuous blackouts.

The region is expecting more heavy rain over the next several days: 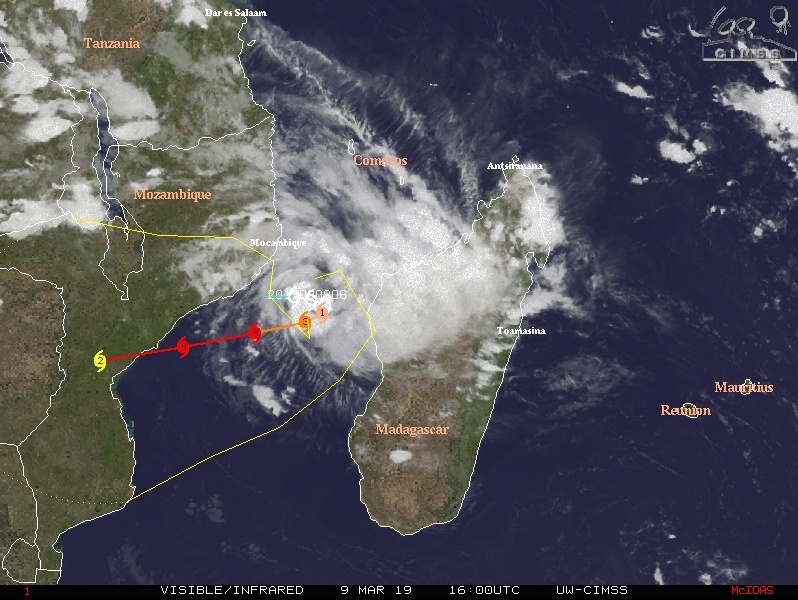