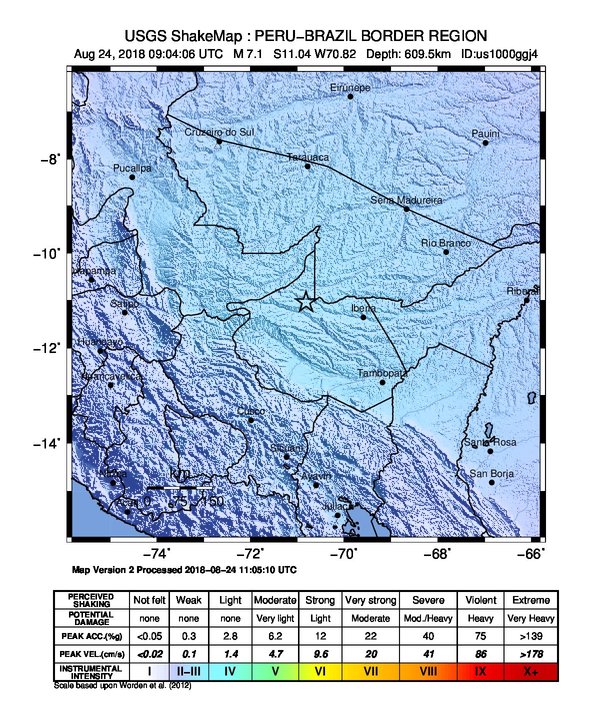 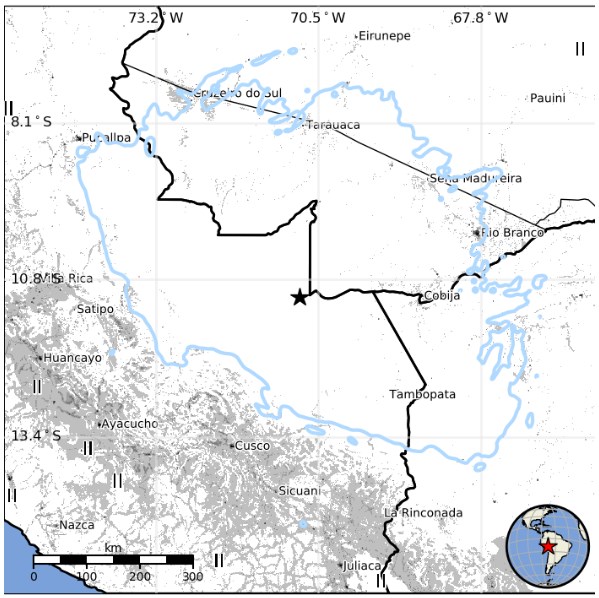 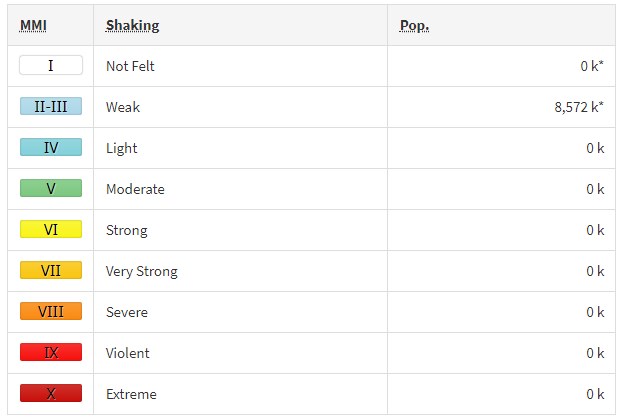 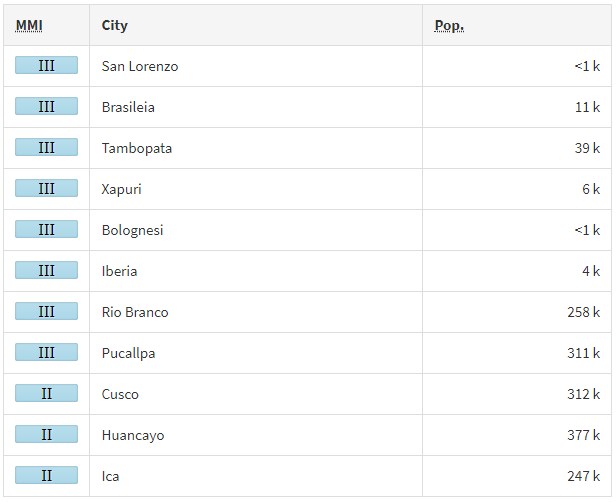 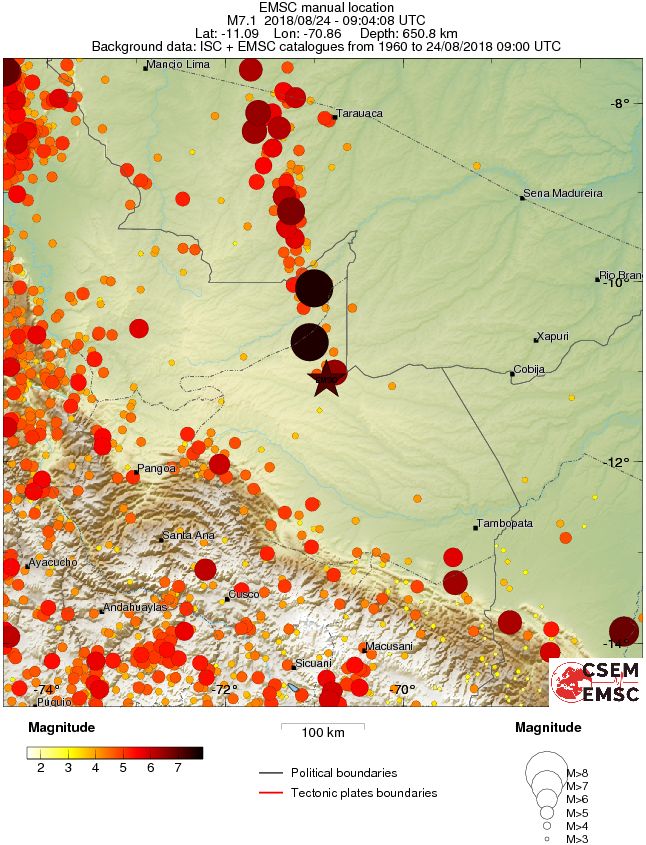 The August 24, 2018, M7.1 earthquake near the Peru-Brazil border in southeast Peru occurred as the result of normal faulting at a depth of approximately 610 km. This earthquake occurred within the oceanic lithosphere of the subducted Nazca plate, almost 1 000 km east of the Peru-Chile Trench. Focal mechanism solutions indicate that rupture occurred on either a northwest or southeast-striking, moderately dipping normal fault. Slip on a fault of either orientation would accommodate the down-dip extension of the Nazca slab that is implied by the normal component of the faulting solution. At the location of the earthquake, the Nazca plate subducts to the east under the South America plate at a velocity of about 69 mm/yr.

As it descends eastward from the Peru-Chile Trench off the west coast of Peru, the Nazca plate is seismically active down to depths of about 200 km. Between depths of 200 and 500 km, where the Nazca plate subducts beneath eastern Peru, very few earthquakes are produced. Beneath Peru and Brazil in the border region near the August 24th earthquake, the subducted Nazca plate is again seismically active between depths of about 500 and 650 km. The deep part of the Nazca plate, in which the August 24th, 2018, earthquakes occurred, took 10 Myr or more to descend from the point at which it initially thrust under the South America plate.