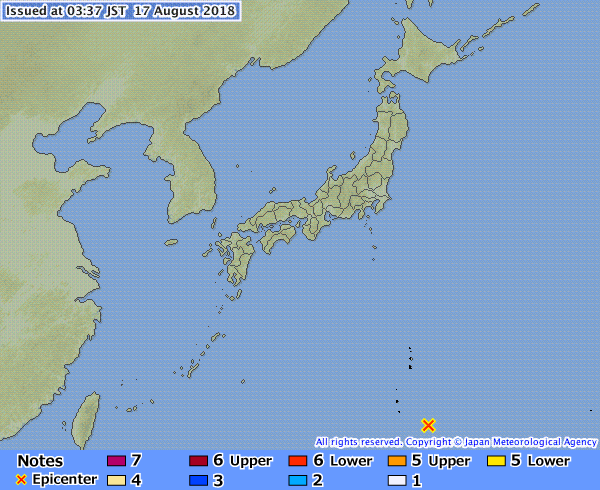 The closest volcanoes are Minami-Hiyoshi and Nikko, both submarine. They are located roughly 100 km (62 miles) W of the epicenter.

Periodic water discoloration and water-spouting have been reported over Minami-Hiyoshi since 1975, when detonations and an explosion were also reported. It lies near the SE end of a coalescing chain of youthful seamounts, and is the only historically active vent. The reported depth of the summit of the trachyandesitic volcano has varied between 274 and 30 m (900 – 98 feet).

Nikko submarine volcano is a massive seamount that rises from nearly 3 km (1.8 miles) depth to within 392 m (1 300 feet) of the sea surface at the SE end of a submarine ridge segment extending from Minami-Ioto island. Two large cones at the basaltic-to-andesitic volcano have been constructed on the NW and NE rims of a roughly 3-km-wide, flat-floored submarine caldera, whose rim is prominently displayed on the southern side, but largely buried on the north.

Discolored water was observed in July 1979, but none has been observed during semi-regular seasonal reconnaissance flights since then. Hydrothermal venting was documented during a recent NOAA expedition. 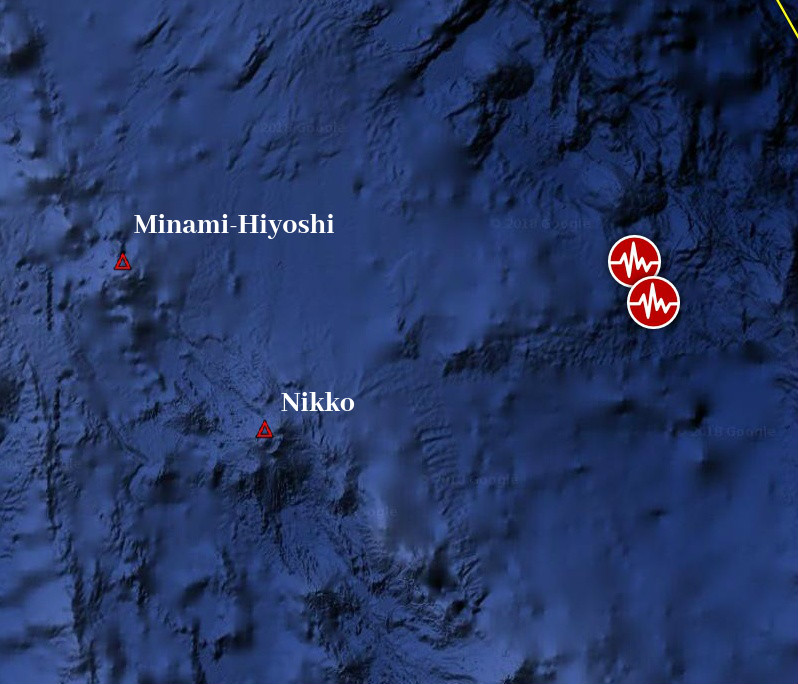