More than 100 earthquakes were registered under dormant Furnas volcano on the island of Sao Miguel, the Azores on February 11 and 12, 2018. The last eruption of this volcano was in 1630 (VEI 5). It was one of the largest Holocene explosive eruptions in the Azores and caused significant damage and fatalities.

The earthquake swarm, located between the lagoons of Fogo and Congro, started at 22:47 UTC on February 11 and counted more than 100 events over the next 6 hours.

It continued on February 12 with around 30 of them strong enough to be felt by the local population. The strongest registered was M3.1 at 07:18 UTC 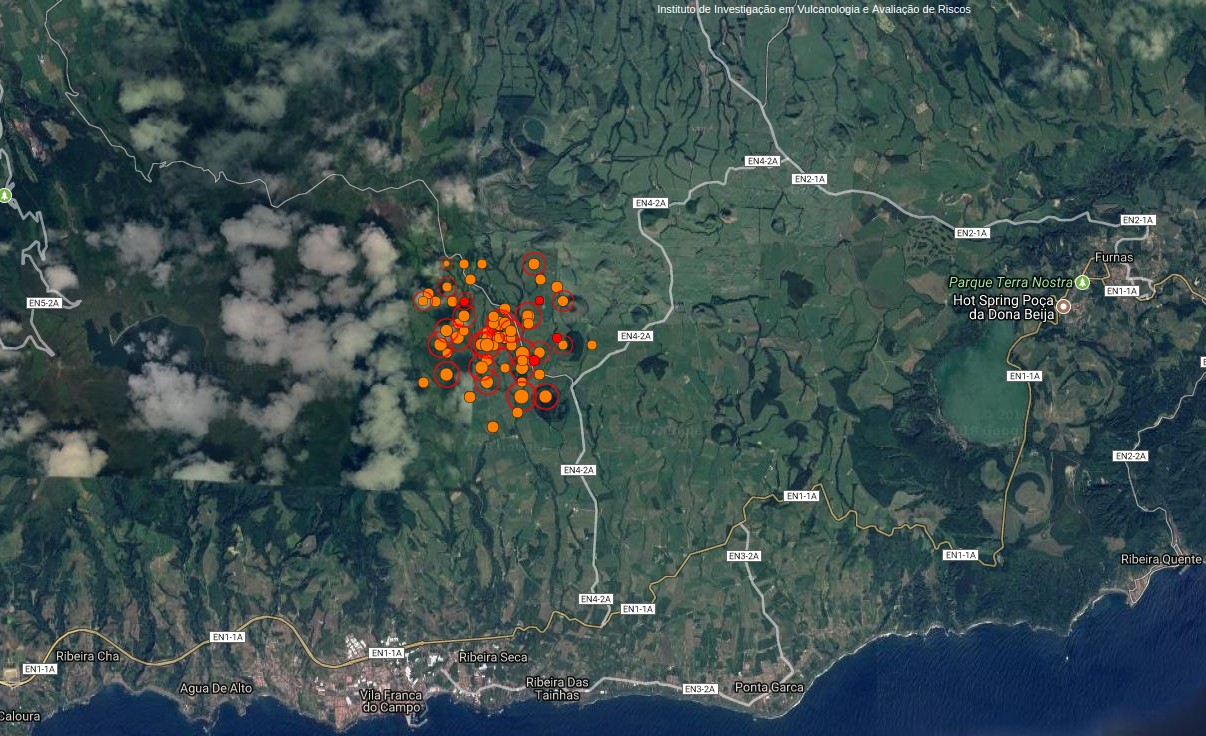 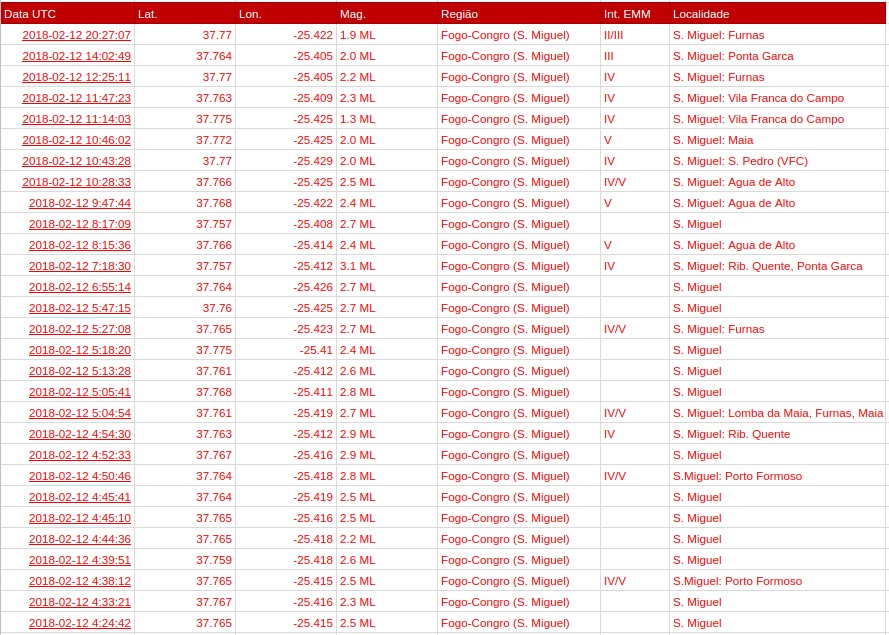 The Azores Center for Seismovolcanic Information and Surveillance (CIVISA) reported at 18:30 UTC on February 12 that seismic activity in the central part of the island of Sao Miguel remains above reference values, although in the last hours it has been showing a decreasing trend.

It is unclear at this time whether the earthquakes are seismic or volcanic in origin, indicating a possible reawakening of the volcanic system.

The last eruptive episode of this volcano started on September 3, 1630 and ended on November 2 of the same year. This was a powerful eruption with Volcanic Explosivity Index of 5 that caused significant damage and fatalities.

Furnas volcano lies at the eastern end of Sao Miguel Island, immediately west of the older Nordeste shield volcano and its Povoaçao caldera. It contains at least two calderas, a younger one that is 6-km (3.7 miles) wide and a larger older one that is less topographically distinct.

Volcanic activity at Furnas dates back about 100 000 years. At least 11 trachytic pumice layers, all erupted during the past 5 000 years, post-date the caldera.

The most prominent post-caldera feature is the Pico do Gaspar lava dome, east of the Lagoa das Furnas caldera lake. A zone of late-Pleistocene to Holocene basaltic-to-trachytic cinder cones and lava domes is located between Furnas and Agua de Pau volcanoes.

Two historical eruptions have occurred at Furnas, one sometime between 1439 and 1443 and the other in 1630. The latter was one of the largest Holocene explosive eruptions in the Azores and caused significant damage and fatalities. (GVP)