One person was killed and two injured on the Secocha-Urasqui road in Camana after a quake-triggered landslide, Governor Yamila Osorio said. 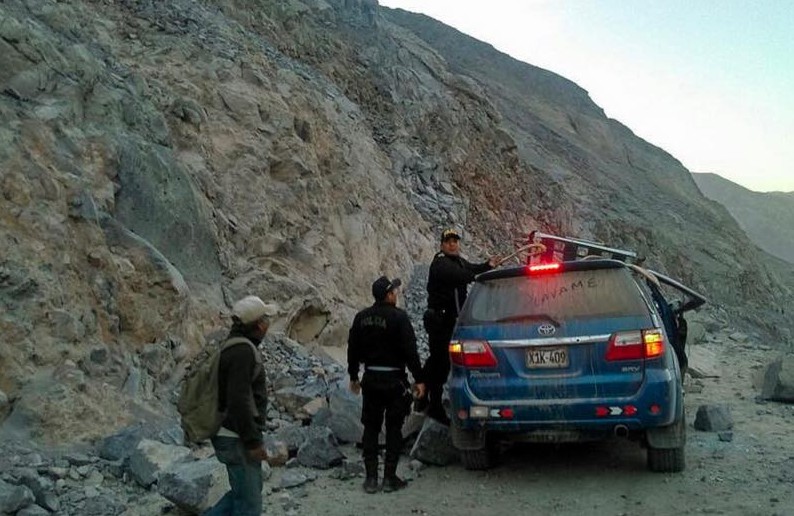 Quake-triggered landslide killed one person and injured two on August 11, 2017

Some 42 000 people are estimated to have felt light shaking. 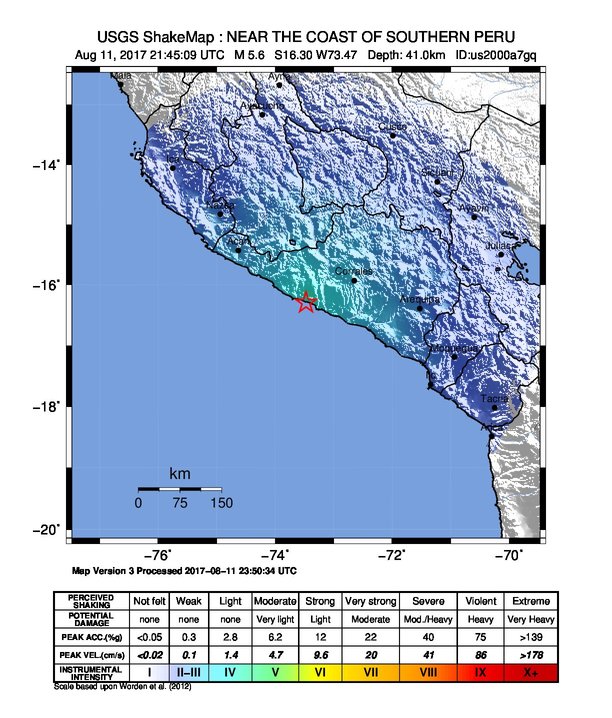 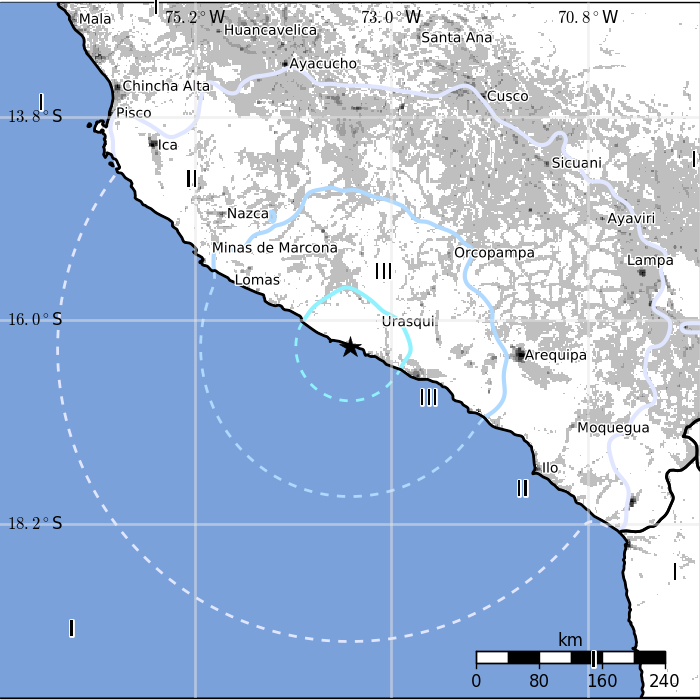 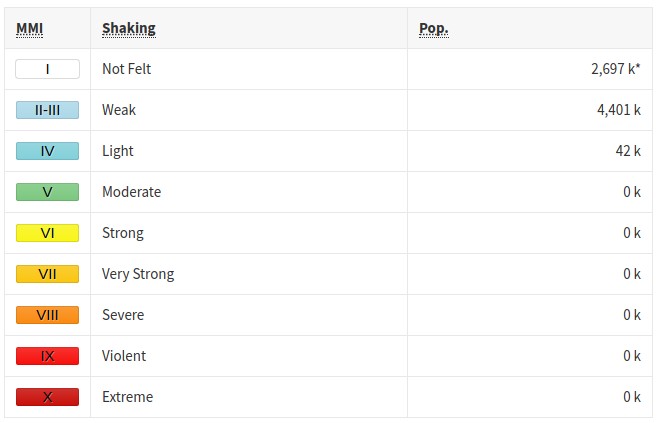 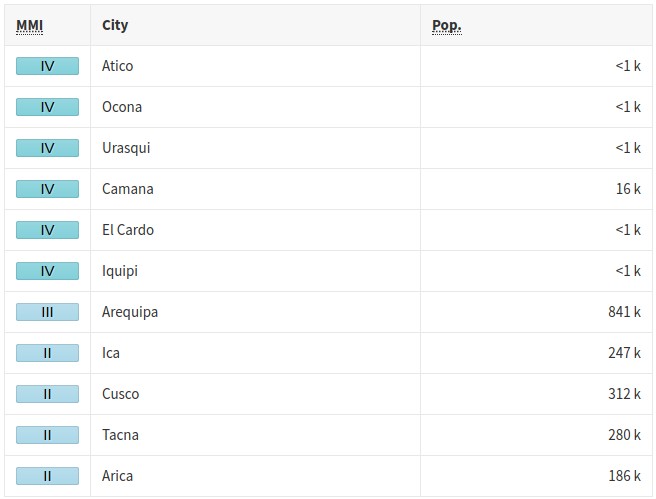 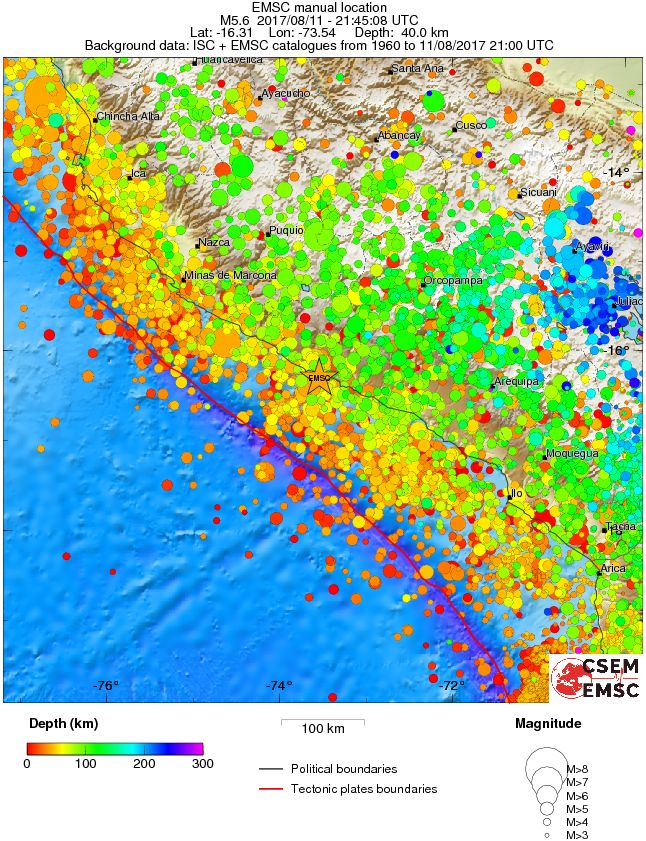