A rare earthquake measuring M4.7 on the Richter scale was registered under East Gakkel Ridge undersea volcanoes, near Geographic North Pole, Arctic Ocean at 18:47 UTC on October 22, 2016. USGS is reporting a depth of 10 km (6.2 miles). The last known volcanic eruption in this area took place in 1999. 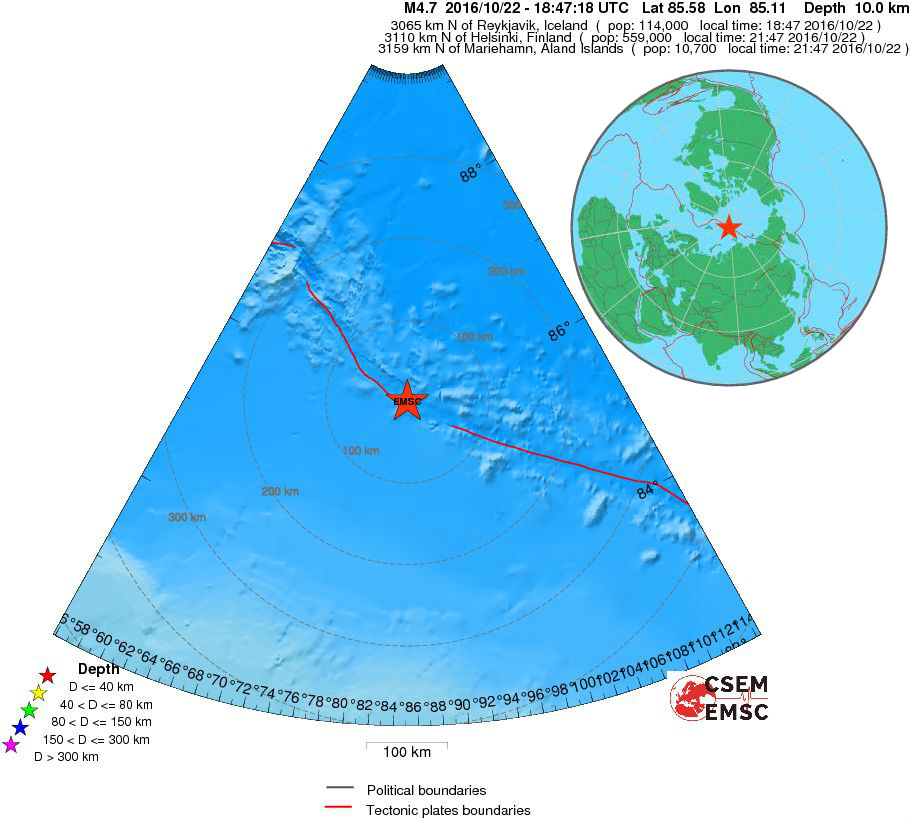 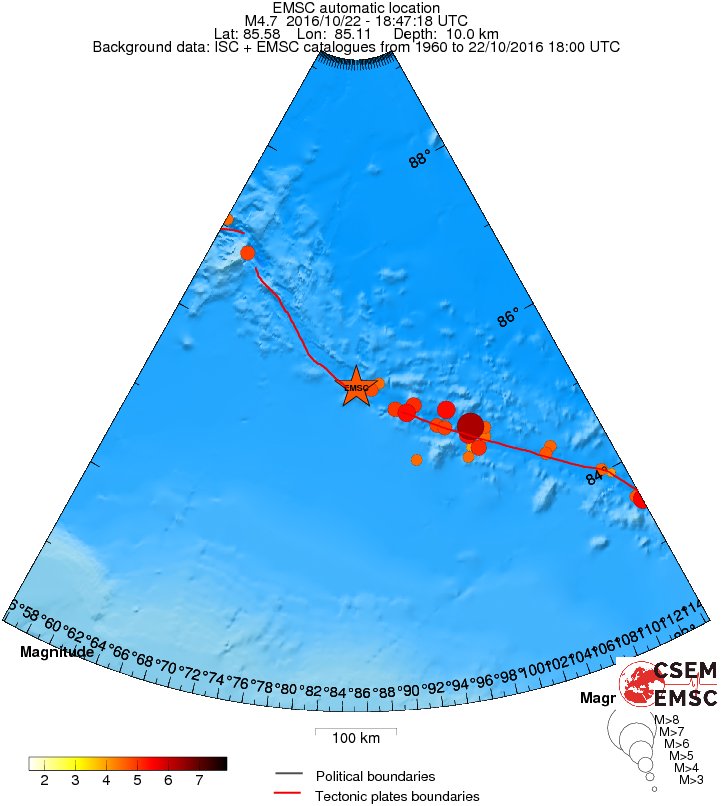 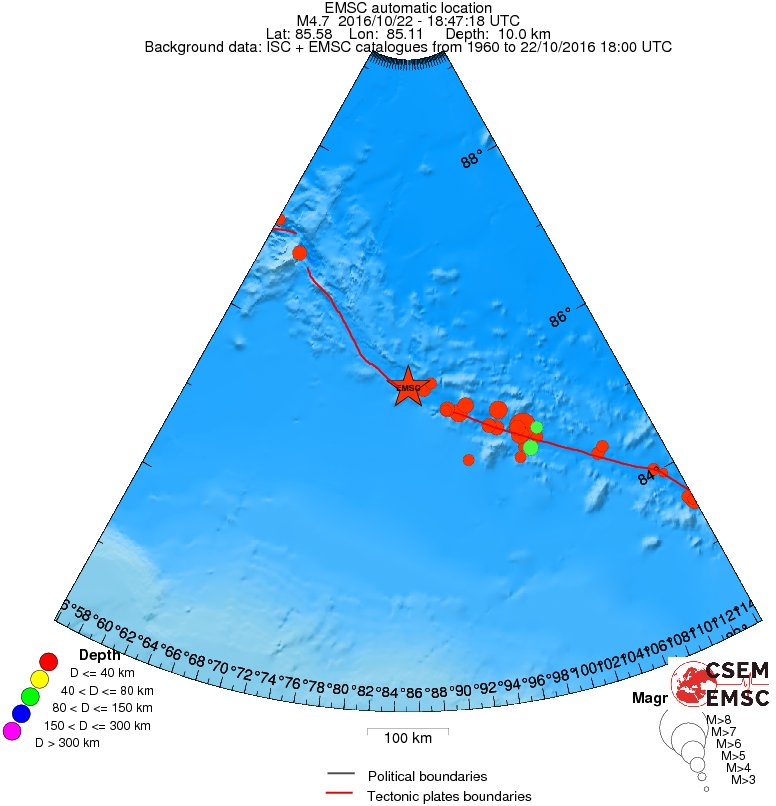 Previously known as the Nansen Cordillera and Arctic Mid-Ocean Ridge, the Gakkel Ridge is the slowest known spreading ridge on Earth, with a rate of less than 1 cm (0.39 inches) per year. It is a divergent tectonic plate boundary between the North American Plate and the Eurasian Plate.

Scientists identified it in 1950 and believed it was non-volcanic until 1999 when it experienced the largest ever earthquake swarm at a mid-oceanic ridge. The swarm took place between January and September, and featured 252 recorded events, including 11 events with a magnitude mb>5.0.

Sonar mapping conducted in May 1999 identified a cone at the western end of a line of volcanoes that corresponded to the average location of the epicenters (Edwards et al., 2001, GVP).

A sonar survey in 2001 revealed two previously undiscovered volcanoes at this location.

A survey in July 2007 (Sohn et al., 2008) provided detailed bathymetry and named selected features, including the Oden (location of the 1999 seismicity), Thor, and Loke cones. 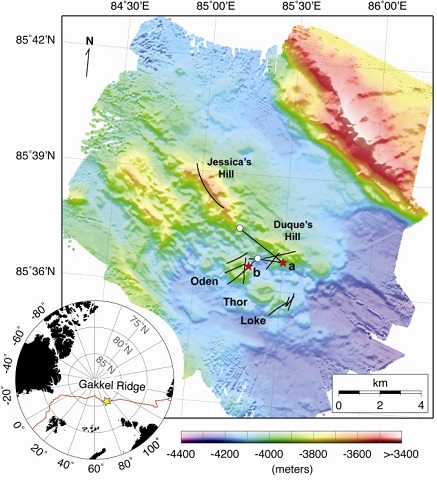 Both Oden and Loke were covered with a light dusting of pyroclastic material, which was also found throughout the survey area, thought to be products of an eruption during the 1999 swarm.

At a depth of ~ 4 km (2.5 miles), researchers found fresh, unweathered, jagged, glassy fragments of rock (pyroclastic deposits) spread out over an area of ~ 10 km2 (3.8 mi2) around a series of small volcanic craters.

These were the first pyroclastic deposits ever found in such deep water, at oppressive pressures that inhibit the formation of steam. Many people thought this was not possible.

"This means that a tremendous blast of carbon dioxide was released into the water column during the explosive eruption," WHOI geophysicist Rob Reves-Sohn, chief scientist of the 2007 expedition, said as quoted in the August 14, 2008 issue of Oceanus.

The expedition also discovered what they called bizarre 'mats' of microbial communities containing a half dozen or more new species.